An Italian court released the former leader of Spain’s Catalonia region on Friday, a day after his arrest, but ordered him to remain in the country while authorities consider whether to send him back to Spain to face trial, his lawyer said.

Italian police detained Carles Puigdemont on Thursday night under a European arrest warrant issued by a Spanish judge. Spain is seeking his return to prosecute him on charges related to the failed independence bid he led four years ago.

The Italian judge did not request any further detention of Mr. Puigdemont, his lawyer, Agostinangelo Marras, told reporters.

“This should lead to the release of President Puigdemont within a few hours,” he said, adding that his client had no intention of returning to Spain.

What charges does Mr. Puigdemont face?

He faces trial on sedition charges in Spain for his leading role in an unsuccessful attempt to declare Catalonia an independent state in the fall of 2017, following a referendum that the Spanish government and courts had declared illegal.

Pablo Llarena, a Spanish Supreme Court judge, has pursued Mr. Puigdemont as a fugitive since he fled to Brussels in October 2017, and had issued a Europe-wide warrant for his arrest.

In 2019, the Supreme Court sentenced other leading Catalan separatists to lengthy prison terms over their roles in that secession attempt. But in June, the prime minister pardoned them and they were released.

The separatist leadership of Catalonia has since pushed for a general amnesty that would include Mr. Puigdemont, even as the Supreme Court has maintained that he must first stand trial.

What will Italy consider in deciding whether to hand him over to Spain?

Italy’s judiciary will consider whether the Spanish sedition charges justify handing over Mr. Puigdemont, who is a member of the European Parliament.

But there are also questions about whether Spain’s judiciary had suspended its longstanding arrest warrant before the former Catalan leader traveled to Sardinia. Lawyers defending Mr. Puigdemont insist that this was the case.

The Spanish government said on Friday that this was a matter for the courts in Italy and Spain.

“We cannot predict what will be the outcome of the detention,” said Pilar Llop, Spain’s justice minister.

In the coming weeks, Italian judicial authorities are expected to schedule a new hearing on whether to return him to Spain.

Protesters rallied in support of Mr. Puigdemont in Barcelona on Friday.Credit…Albert Gea/Reuters

Mr. Puigdemont was elected to the European Parliament in 2019, which afforded him immunity from prosecution within the European Union. But that Parliament stripped him of his immunity in March, a decision that was upheld by a European court in July.

Under the Italian judicial system, if the court decided to hand Mr. Puigdemont to Spanish authorities and he appealed, his case would move to an upper court in Rome where the proceedings generally take six to eight months.

Defendants are not permitted to leave Italy while awaiting the court’s decision.

Why was he detained now?

Spain has repeatedly failed in its attempts to bring Mr. Puigdemont home for trial, both from Belgium, where he has lived since late 2017, and from Germany, where he was briefly detained in 2018 before a regional court ordered his release.

Mr. Puigdemont’s trip to Italy offered Spain’s judiciary a fresh opportunity to demand his return now that his parliamentary immunity has been stripped.

Italian judges will be considering lighter charges than those considered in the German hearing. Mr. Puigdemont was then accused of rebellion, a more serious charge than sedition, and one for which the German court said it did not see sufficient grounds.

The Court of Appeals of Sassari on Friday in Sardinia, Italy, where Mr. Puigdemont is appearing after being arrested.Credit…Gianni Biddau/Agence France-Presse — Getty Images

If Italy does ultimately consider surrendering Mr. Puigdemont, Martín Palladino, a Spanish professor of criminal law who specializes in extradition issues, said legal issues might not be the only factor.

“We cannot rule out that politics will influence this, one way or the other,” he said.

The unexpected arrest immediately strained relations between politicians in the Spanish capital, Madrid, and Barcelona, the capital of Catalonia. It comes just a week after the Spanish prime minister, Pedro Sánchez, made a long-delayed visit to Barcelona to resume talks with Pere Aragones, the leader of Catalonia, on ending the dispute inflamed by the independence bid.

From Brussels, Mr. Puigdemont has continued to wield significant influence over Catalan politics as the founder of a hard-line separatist party, Together for Catalonia. His seat in the European Parliament has also given him a platform from which to criticize Spain.

After the vote, Esquerra’s candidate, Mr. Aragones, took office as the regional leader, promising to reduce tensions and renew political dialogue with Madrid. Earlier this month, Mr. Aragones tussled with Mr. Puigdemont’s party over who should sit at the negotiating table with the central government.

For India’s Military, a Juggling Act on Two Hostile Fronts

To His Surprise, His Play About 2 Dead U.K. Politicians Struck a Chord 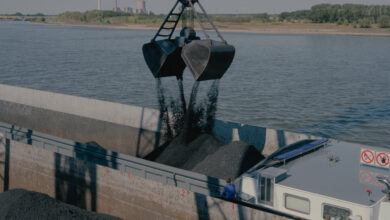 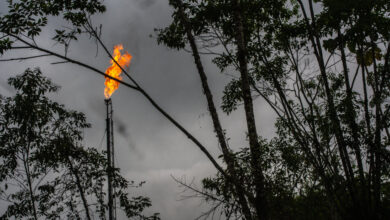