President Xi Jinping of China told to the United Nations General Assembly on Tuesday that his country would stop promoting the growth of the world’s dirtiest fossil fuel overseas, in a major step to address climate change: China, he said, “will not build new coal-fired power projects abroad.”

Mr. Xi’s announcement, in prerecorded remarks, was a surprise move designed to lift his country’s standing on global efforts to rein in global greenhouse emissions.

China currently produces the largest share of emissions. It is by far the biggest producer of coal domestically, and by far the largest financier of coal-fired power plants abroad, with an enormous 40 gigawatts of coal power planned.

A hint of China’s shift came earlier this year. For the first time in several years, China did not fund new coal projects as part of its global development undertaking, known as the Belt and Road Initiative, in the first six months of 2021.

The United States has repeatedly called out China for helping to build coal plants abroad. There was no immediate reaction from the White House on Tuesday.

What Mr. Xi did not say at the General Assembly was anything about China’s coal plants at home. It is building the largest fleet of coal-fired power plants within its borders, and most of its electricity still comes from coal. Nor did Mr. Xi make any new announcements about its plans to rein in emissions by 2030, beyond repeating his pledge to reach peak emissions before the end of this decade. That is nowhere near what is necessary to keep global temperature rise to 1.5 degrees Celsius, beyond which the world faces a far greater likelihood of devastating climate consequences.

“This is an important step by the world’s biggest provider of overseas coal finance,” said Simon Steill, the environment minister of Grenada, which is among the world’s smallest countries most susceptible to the harm caused by climate change. “We look forward to seeing commensurate action domestically on coal.”

Burning coal is the largest source of carbon dioxide emissions, and after a pandemic-year retreat, demand for coal is set to rise 4.5 percent this year, mainly to meet soaring electricity demand, according to the International Energy Agency.

The United Nations secretary general, António Guterres, has called for a moratorium on new coal-fired power plants in practically every global speech he has made on climate change, his signature issue.

Globally, coal is at a crossroads.

Spending on coal projects dropped to its lowest level in a decade in 2019. And over the last 20 years, more coal-fired power plants have been retired or shelved than commissioned.

In some countries where new coal-fired power plants were only recently being built by the gigawatts, plans for new ones have been shelved (as in South Africa), reconsidered (as in Bangladesh) or facing funding troubles (as in Vietnam). In India, existing coal plants are running far below capacity and losing money. In the United States, they are being decommissioned quickly.

“China has been under a lot of pressure,” he said. “If it wants to be a climate leader, it can’t be the leading financier of overseas coal plants.”

The Biden administration is combating ransomware with a crackdown on cryptocurrency payments.

Ukraine War’s Geographic Reality: Russia Has Seized Much of the East 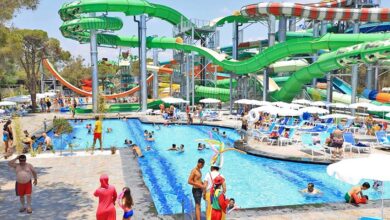 A Language Bill Deepens a Culture Clash in Quebec