CHANDIGARH, India — After the deadliest clashes in half a century with China, India’s military has taken emergency measures to reinforce a 500-mile stretch of the border high in the Himalayas.

In the past year, it has tripled the number of troops in the contentious eastern Ladakh region to more than 50,000. It has raced to stock up on food and gear for freezing temperatures and 15,000-foot altitudes before the region is largely cut off for much of the winter. It has announced that an entire strike corps, an offensive force of tens of thousands more soldiers, would be reoriented to the increasingly contentious frontier with China from the long, volatile border with Pakistan.

India’s military is now grappling with a reality that the country has feared for nearly two decades: It is stuck in a two-front conflict with hostile neighbors — and all three are nuclear armed.

And it comes as India increasingly finds itself isolated in its broader neighborhood, part of the global security backdrop to President Biden’s discussions on Friday with the India, Australia and Japan, the group known as the Quad.

China has made investments and inroads from Sri Lanka to Nepal. The victory in Afghanistan by the Taliban, a movement nurtured and harbored in Pakistan that has increasing ties to China, has essentially shut out India from a country it saw as a natural ally in the regional balance.

Even if all-out war on its borders is unlikely, the sustained posture is sure to bleed India financially. With the coronavirus pandemic exacerbating an economic slowdown, a force that was already stretched on resources and struggling to modernize finds itself in what current and former officials describe as a constant and difficult juggling act.

The breakdown of trust between the giant neighbors is such that a dozen rounds of talks since the deadly clashes last year have contained the tensions, but they have not resulted in de-escalation. Both nations are likely to remain on war footing, even if they never go to war.

China may have the advantage.

While India is adept at high-altitude combat, it is up against a Chinese military that is far better funded and equipped. China, with an economy five times the size of India’s, is also investing heavily in the region, countering Indian influence.

Indian soldiers on a highway bordering China last year. While India is adept at high-altitude combat, it faces a Chinese military that is better funded and equipped. Credit…Yawar Nazir/Getty Images

“Galwan carried another message: that China was not respecting the agreements it had signed,” General Malik said. “The biggest casualty in Galwan, to my mind, was not that we lost 20 men, but the trust was shattered.”

Prime Minister Narendra Modi of India is trying to expedite stagnant reforms in the military to optimize resources. His government rushed additional emergency funds to the army last year, after the border clashes.

But India’s constraints from the slowing economy were clear by the message in Mr. Modi’s new defense budget: The military simply cannot expect a significant increase in spending. While the budget earmarked more money for equipment purchases, the overall amount allocated for defense continued to decline, as a share of gross domestic product and total government expenditures.

Sustaining such troop presence in the Himalayan region is a mammoth logistical task, albeit one with which India’s military has experience.

The increased costs are bound to further slow investments in modernizing a deeply antiquated force. The borders simply cannot be protected by rushing troops to fill every vulnerability.

Indian soldiers at an air base in the Ladakh region, where China has terrain advantage and better infrastructure.Credit…Danish Siddiqui/Reuters

India’s military has long lacked resources. About 75 percent of defense expenditure goes to routine costs such as pensions, salaries and sustainment of force. In 2020, India spent about $73 billion on the military, compared with China’s $252 billion.

“The fact is that additional budgetary support is unlikely to come in the next few years,” said D.S. Hooda, a retired lieutenant general who led India’s northern command, which partly covers the Chinese border. “You need better surveillance. You need much better intelligence on the other side. We can’t keep getting surprised every time.”

Since a major war in 1962, India and China have largely contained disputes through talks and treaties. Flare-ups happen, because unlike with Pakistan where the boundary is clearly defined on maps, India and China have not been able to agree on the specific demarcation of the 2,100-mile frontier referred to as the Line of Actual Control. Indian officials say their Chinese counterparts have been reluctant, preferring to keep the border’s uncertainties as a “pressure tactic.”

The clashes last year were a blow to Mr. Modi, who has focused on developing a formula of mutual prosperity with China.

Prime Minister Narendra Modi of India addressed soldiers during a visit to the Ladakh area in July 2020.Credit…Press Information Bureau, via Associated Press

A cooperative relationship would not only help Mr. Modi’s goal of economic development at home, but it would also avoid resources being swallowed by the threat of conflict.

Since Mr. Modi took office, the leaders of the two countries have met nearly 20 times, not allowing even a 73-day standoff in 2017 to derail his efforts.

During Xi Jinping’s three visits to India, Mr. Modi shared a swing with him and served him fresh coconut. On one of Mr. Modi’s five trips to China, Mr. Xi welcomed him with a Chinese ensemble playing a Bollywood soundtrack from the 1970s as the prime minister clapped and grinned. “You, you are the one the heart has called its own,” the song’s original lyrics say.

The Indian military establishment has remained more cautious than Mr. Modi, its warnings against a resurgent China going back to the mid-2000s. The military was particularly vulnerable in eastern Ladakh, where China has terrain advantage — the Tibetan plateau makes moving troops easier — and better infrastructure on its side of the border.

Over a decade starting in 2006, the Indian government took steps to improve its position. It approved thousands of miles of roads to be built closer to the border, raised new divisions of army troops and even ordered the creation of a mountain strike corps dedicated to the frontier with China.

A video frame grab released in February showed Chinese and Indian soldiers clashing at the Line of Actual Control in the Galwan Valley in June 2020.Credit…China Central Television, via Agence France-Presse — Getty Images

But in each case, ambitious plans on paper were met with the reality of scarce resources. Some of the road projects remain incomplete. Despite cutting corners and draining reserves, the building of the mountain strike corps was stopped halfway — not because the threat had changed, but because the money was not there.

Despite constraints, the Chinese threat could fast-track some of the continuing modernization. Mr. Modi has already intensified work on integrating the abilities of its army, navy and air force through a process known as theaterization that can help reduce overlaps and cost. The increased threat in eastern Ladakh has refocused work on some of the unfinished roads and tunnels.

“It’s not something that happened all of a sudden,” said Maj. Gen. Birender Singh Dhanoa, who was formerly with the Indian army’s War College and involved in studies on the transformation of the Indian forces. “The Chinese action essentially forced a faster completion of some of the activities that had been happening.”

One factor in India’s favor is that its troops have experience in the type of high-altitude fighting that would play out along the border.

Tanks pulling back from the banks of the Pangong Tso lake region, along the India-China border, in February. The foreign ministers of both countries met in July, stressing that a military standoff in a mountainous border area was disturbing their ties.Credit…Indian Army, via Associated Press

For decades, the Indian military has been carrying out huge logistical operations in the mountains. It transports hundreds of tons of matériel every day to not only sustain 75,000 troops guarding against Pakistan and China, but also to stock up for six months of winter when many of the roads close. At the Siachen Glacier — referred to as the battleground on the roof of the world — Indian forces have maintained a face-off with Pakistan for more than three decades.

During last year’s clashes, India benefited from an element of luck, since the tensions escalated during warmer weather.

“Had this happened sometime in September, we would have to fly in troops. That was the only option, because the passes have ice over it — 40 foot of ice,” said A.P. Singh, a retired major general who led logistics operations in Ladakh.

But India will have a hard time sustaining its increased presence on two fronts.

A sudden rush of tens of thousands of additional troops meant shifting personnel and resources not only from the reserves, but also from the units at the Pakistani front.

Mr. Modi and Xi Jinping, the Chinese leader, at a meeting in India in 2019.Credit…Indian Press Information Bureau/EPA, via Shutterstock

Deployment in the highest of altitudes tremendously increases transportation costs. It also requires about 48 items of specialized gear, 18 of which — such as snow clothing, snow boots, alpine sleeping bags, ice axes — are critical, General Singh said. The cost of building outposts is five times higher in eastern Ladakh than in the plains.

“When the boys moved in, it was not that ‘I am going for patrolling for 15 days, and I am back, and I will carry my arctic tent on my back.’ Everyone realized that if something happens, you are going in for good,” General Singh said. “It’s cost the country economically.”

He Taught Ancient Texts at Oxford. Now He Is Accused of Stealing Some.

Will Italy Hand a Wanted Catalan Separatist Leader to Spain? 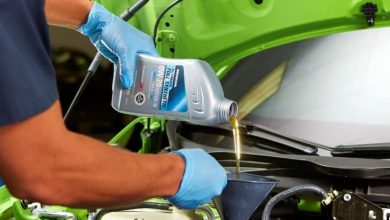 How Much Does a Ford Oil Change Cost?

Myanmar’s ousted president and the capital’s mayor were convicted, too.