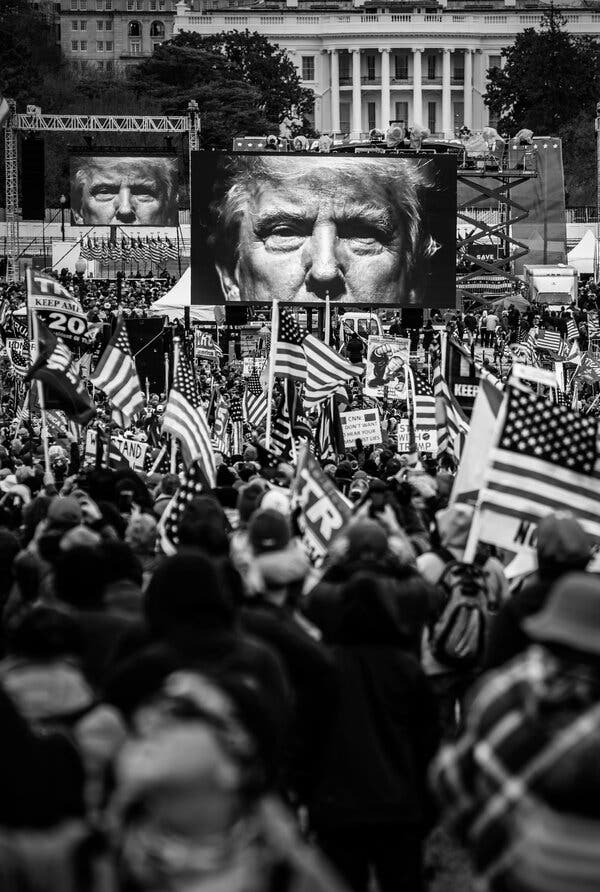 Re “Will Trump Get Away With Inciting an Insurrection?,” by Laurence H. Tribe, Donald Ayer and Dennis Aftergut (Opinion guest essay, Dec. 29):

A Justice Department prosecution of Donald Trump would be a losing proposition for the Biden administration. It would only stir up animosity among right-wing and possibly even moderate voters, especially if Mr. Trump again brandishes the “witch hunt” epithet for the Jan. 6 insurrection investigation as he did with the Russia investigation.

Instead, Attorney General Merrick Garland should appoint a special counsel with the full powers of investigation and prosecution for the attack on the Capitol in January. That will take the investigation out of the hands of the administration, avoiding potential political pitfalls. And this time, unlike the special counsel in the Russia investigation, the appointed counsel must, once all of the prosecutions are finished, make a full public report to Congress with no redactions so that citizens of this teetering democracy can get the complete picture of how close our Constitution came to failing us nearly a year ago.

All the signs indicate that Merrick Garland is too subdued an attorney general for this moment in our history. His reported concerns about investigations of Donald Trump and his lieutenants being seen as more Justice Department involvement in politics are completely unwarranted. Yes, many people will see the pursuit of justice in this affair as politically motivated. But should their protests really prevent determining accountability for this attack on our democracy?

Those who will howl the loudest, of course, are Mr. Trump and his cult followers. Too many Republicans who know better will join their ranks. But these complainers are the very source of the threats we face.

Why should their self-serving protestations be given any weight whatsoever? Follow the facts and the law, Mr. Attorney General.

I cannot agree more with the authors’ assessment. I am not a political person. I have voted Republican since I was a young adult, looking to find candidates who were fiscally conservative but socially liberal. I was able to walk that fine line, but the events of the last five years have been not only disappointing but also absolutely terrifying.

It is frightening that Donald Trump may well be elected again. Therefore, I implore our state and federal legislators and attorneys general to gather the appropriate evidence, and indict Mr. Trump for the crimes that he and his sycophants committed.

Attacks and Threats Against Anthony Fauci

The Fox News host Jesse Watters said that activists should “ambush” Dr. Anthony S. Fauci with questions that he described as “the kill shot.”Credit…Jeenah Moon for The New York Times

Re “Fox News Steps Up Its Anti-Fauci Drumbeat” (Business, Dec. 24):

You describe the awful harassment and threats directed against Dr. Anthony Fauci, one of America’s most honored investigators of infectious diseases. He has headed the federal agency that supports research on infectious agents for 37 years. He has wide appreciation from the community of scholars who study infectious agents. He has spoken thoughtfully to the executive branch and to the public about the complex issues that are posed by infectious agents.

Because of the threats against him and his family, they have had to live in continual fear. He has bravely stood up to the attacks on his integrity and has spoken truth to the nation. We need his advice and counsel as we counter the terrible threat that coronaviruses pose to our health and livelihoods.

David Baltimore
Robert Bazell
Dr. Baltimore is president emeritus of the California Institute of Technology and a 1975 Nobel laureate in Physiology or Medicine. Mr. Bazell is an adjunct professor at Yale University and former chief science correspondent for NBC News.

I’m confused: In 2008 President George W. Bush awarded Dr. Anthony Fauci the Presidential Medal of Freedom, the highest civilian award in the United States, for his devotion to science and for his work to combat AIDS. Thirteen years later, why are stalwarts of the same Republican Party as Mr. Bush — individuals such as Ted Cruz, Ron DeSantis, Jim Jordan and Marjorie Taylor Greene, whom you quote in your article — now launching such horrific invectives toward him?

The Daily Frustrations Amid Covid

Sarah Lyall devotes too much attention to petulant people, and not enough to those times we spend an hour on hold to talk to a Covid test scheduler only to be told that the next available PCR is a week away; meanwhile we don’t know whether to quarantine away from our loved ones.

… Or dutifully go to the state website to find a drive-through test site and get there an hour early to get a decent place in line, only to be told when it opens that it does not do drive-through anymore and we (both in 70s) now must go stand at the end of a line winding around the block in the wintry cold.

… Or search as directed online for a pharmacy selling at-home test kits only to find none within 20 miles that have tests in stock.

The inability to manage this confusing, terrifying and disruptive disease has a lot of us on edge. Of course, listening to tinny Muzak or canned promos for an hour each time we call the bank or a vendor does not excuse rudeness. But we should be more understanding of the frustrations so many of us feel.

Betty White on the set of the television show “Hot in Cleveland” in 2010.Credit…Matt Sayles/Associated Press

So the despicable year of 2021 had one more sour blow to deliver before it slouched off into history. After everything we’ve been through this past year, the death of Betty White, on New Year’s Eve no less, was almost too much to bear.

To paraphrase a line from one of her best bits on “Golden Girls,” “Haven’t we suffered enough?”

Shanae Chapman, a user experience researcher and designer, stopped telling recruiters her salary history and instead began giving them her salary requirements — a strategy that paid off.Credit…Whitney Curtis for The New York Times

Thanks to Emily Peck for illuminating the continuing problems with how employers set wages. But unless you’re in marketing, how well you sell yourself should never be the standard for how much you earn. Criteria should be clear, fair and transparent and applied equitably to all.

Let’s not forget that most workers have no say in wages, benefits or working conditions. That’s why unionization and revaluing the labor performed by women are so critical. The market rates for jobs related to care and services regarded as “women’s work” reflect a long, shameful legacy of racial and gender injustice.

Ellen Bravo
Milwaukee
The writer, a longtime activist and author on issues relating to working women, is co-founder and strategic adviser to Family Values @ Work.

Robert Reives Sr. was elected three decades ago as the first Black commissioner in his North Carolina county. Republicans have redrawn the district lines, and he now fears he will lose his seat.Credit…Jeremy M. Lange for The New York Times

Reading “Map by Map, G.O.P. Erasing Black Districts” (front page, Dec. 19) reminded me of Donald Trump’s pitch to Black voters during the 2016 campaign: “What do you have to lose?”

The boldfaced dishonesty and cynicism of this statement is now all too evident as we watch the former president’s confreres and his judicial appointments erase decades of gains in the voting power of Black Americans.

Tags
Black That This Trump Year

The Challenges of Keeping Schools Open

Democrats, Voting Rights Are Not the Problem

Take a Good Look at What Dr. Oz Is Selling Us Now

Of Vaccine Mandates and Facing Reality