These rules must be accepted and obeyed. But, invariably, as humans do, some people will break the rules. Civilizations, therefore, need some mechanism to deal with the rule breakers so that the society doesn’t descend into chaos and rule breaking isn’t rewarded.

In a system of accountability and consequences, there must be first points of contact, people who are charged with preventing and stopping the rule breaking.

In our society, those people are police officers. Their role, in the abstract, is essential. However, the way that we have constructed it is problematic.

We have created a civilization that is essentially unfair and unbalanced, and asked police officers to manage the negative behaviors that the imbalance produces and exacerbates. We want to oppress the little people — poor people, people without privileges — and have them peacefully accept it. We want to punish people from rebelling against the discomfort and disillusionment.

I am by no means saying that we should accept and excuse violent crime. I’m simply observing that there is far less violent crime among people who feel physically safe, financially comfortable, culturally appreciated and justifiably hopeful.

In this way, policing is about controlling populations under stress and protecting more well-off citizens and their property.

There are, of course, crimes where the police are involved that don’t fit that model. There are the white-collar crimes, and the murders in mansions, and such.

But don’t be fooled, the number of people prosecuted for white-collar crimes is only a sliver of all federal prosecutions, and even that small number has been declining.

Perhaps no one illustrates this dynamic better than Donald Trump. He pitched himself as Mr. Law and Order to get elected, and he ratcheted up his rhetorical support for the police when people complained about police misconduct and brutality, particularly as it was aimed at Black people and those protesting in support of Black lives.

To Trump, the police were exerting pressure on populations that people like him thought needed to be controlled.

However, when Trump’s mob stormed the Capitol, injuring and even leading to the deaths of police officers, Trump fell silent. For days after the riots, he didn’t acknowledge the death of officer Brian Sicknick, who suffered two strokes in the wake of the violence at the Capitol.

Not only did Trump not reach out to Sicknick’s family, he also didn’t send a letter of condolence.

The only thing he did was to sign a proclamation that flags be flown at half-staff a week after the riots “as a sign of respect for the service and sacrifice of United States Capitol Police Officers Brian D. Sicknick and Howard Liebengood, and all Capitol Police Officers and law enforcement across this great Nation.” The proclamation made no mention of the fact that they died after the riots, riots he helped incite, riots that he continues to defend.

The officers protecting the Capitol were, in the minds of people like Trump, trying to control the wrong population.

But the entire episode exposes the lie that people like that tell about supporting the police out of principle. In fact, they only appreciate the knife when they hold the handle and the blade is pointed away from them.

After Trump failed to mention Sicknick in the days following his death, one top Trump campaign aide, Matthew Wolking, texted another, Tim Murtaugh: “That’s enraging to me. Everything he said about supporting law enforcement was a lie.”

Of course it was a lie. Much of the so-called Blue Lives Matter movement was a lie. It was simply a retort to Black Lives Matter. It was an attempt at silencing rather than solidarity.

This week, Trump returned to Washington for the first time since he left office. And the speech he gave was another law and order speech, returning to the theme of empowering the police, calling for the execution of drug dealers, and describing the country as a “cesspool of crime.”

In all this, he encouraged cities to reinstate racialized stop-and-frisk policies, because “it works,” and called on them to flood the streets with more officers and pull back on accountability for those officers’ actions.

Trump said, “There is no longer respect for the law, and there certainly is no order.”

But his remarks underscore another reality, beyond the fact that his support for the police is opportunistic at best, and it is this: In societies that prize grotesque imbalance, you will reap grotesque resistance and violent expressions. And when you add stressors like a pandemic and surging inflation, the problem will only get worse.

We could, as a country, deal with the underlying drivers of this violence, but we would rather take the easier route of punishing supposed pathologies. This absolves us of societal guilt.

We divorce the criminal “choice” from the context of society, and we use police forces as tools to control the rebels and rule breakers.

It is all cynical and shortsighted, but in a society suckled on the control of other’s bodies, in which criminalization is racialized, in which poverty is criminalized, this strategy has, sadly, proven time and again to be a winner.

Can Democrats Avoid a Midterm Wipeout?

The Decline of the Middle Class in America 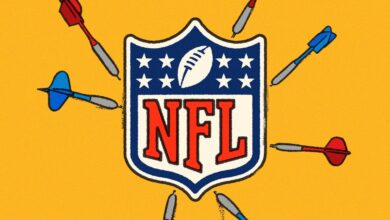 Deshaun Watson and the Failed Politics of Personal Choices 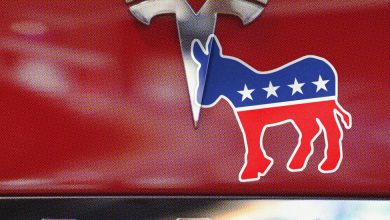 How to Destroy a Brand, Musk Style