When Meng Wanzhou was arrested by the Canadian authorities in the Vancouver airport while changing flights December 2018, she suddenly became one of the world’s most famous detainees.

Her arrest — made at the United States’ request for her extradition on fraud charges — provoked a storm of recriminations from China, landed Ms. Meng in legal limbo, and put Canada in the middle of a fight between two world powers.

Ms. Meng has been a public face of Huawei. She began her career there more than 25 years ago and rose to become one of the company’s top executives, with responsibilities that included announcing its financial results.

Here is what to know about the Chinese tech executive.

Who is Meng Wanzhou?

A polished executive, Ms. Meng, is the chief financial officer of the Chinese tech giant Huawei and the eldest daughter of its founder, Ren Zhengfei.

Ms. Meng, (pronounced “MUNG”), who also uses the names Sabrina and Cathy, was born in the western city of Chengdu. A high school dropout, she went on to get a master’s degree, and began at Huawei as a secretary.

Ms. Meng was an important figure at Huawei as it rapidly expanded: Her job included speaking at public events around the world.

She was arrested on Dec. 1, 2018, at the request of the United States, which asked for her extradition and accused her of fraud. Her detainment prompted an outpouring of support in China, where many people saw her as a hostage.

What is the case against her?

Huawei has become the world’s largest supplier of the equipment that underlies the world’s wireless networks. The United States has repeatedly accused the company of stealing technology from its Western rivals and says that its close ties to the Chinese government make it a threat to national security.

In January 2019, the United States unveiled a sweeping indictment that, among other things, accused Ms. Meng of fraudulently deceiving four banks so that Huawei could evade American sanctions against Iran.

It also accused Huawei of stealing trade secrets and obstructing a criminal investigation into what it said was the company’s effort to avoid those sanctions by destroying or concealing evidence.

How did the case affect Canada-Chinese relations?

From the day of Ms. Meng’s arrest, Canada has said it was legally bound to detain her at the request of its ally. Beijing saw things differently.

The two men have been held in secret detention sites in China with no access to lawyers or visits from their families. A third Canadian, Robert Lloyd Schellenberg, was sentenced to death in January 2019 after being convicted on charges of drug smuggling.

All three cases caused alarm in Canada, where many pointed to Ms. Meng’s comparatively cushy detainment.

Italy Frees Catalan Separatist Leader From Jail. Here’s How the Case Has Gone. 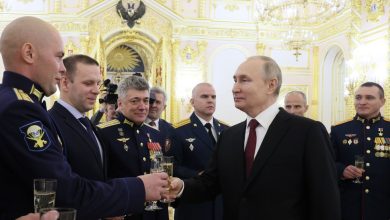 Russian forces are attempting another crossing of a river where they suffered a major blow, Ukraine’s military says. 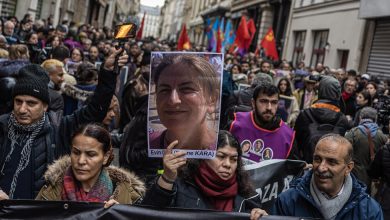