KAMPALA, Uganda — Uganda reopened its schools on Monday after the longest pandemic-prompted shutdown in the world, but educators and others say that the closing has taken a lasting toll, eroding decades of classroom gains in the East African nation.

Despite efforts at remote education, more than half of Uganda’s students effectively stopped learning after the government ordered classrooms closed in March 2020, a government agency has found.

And the outlook is not optimistic: Up to a third of students, many of whom took jobs during the pandemic to support their struggling families, may not return to the classroom. Thousands of schools, themselves under financial stress, are not expected to reopen their doors. And countless teachers will not come back either, having turned to other work after losing their income during the shutdown.

“The damage is extremely big,” said Mary Goretti Nakabugo, the executive director of Uwezo Uganda, a Uganda-based nonprofit that conducts educational research. Unless there are intensive efforts to help students catch up, she said, “we may have lost a generation.”

Among that generation is Kauthara Shadiah Nabasitu, 15, who has abandoned plans to continue her education in high school. Though elementary education in Uganda is free and is intended to be compulsory, high school education is discretionary and tuition-based.

A former nursery and elementary school in the Ugandan capital, Kampala. The buildings were turned into rental units during the coronavirus shutdown.Credit…Esther Ruth Mbabazi for The New York Times

“I am a person who wants to study,” said Ms. Nabasitu, 15, who started selling juice and braiding hair in the low-income Kamwokya neighborhood of Kampala to help her family during the shutdown.

It was important, though, Ms. Nabasitu said, for her to “help my mom with the burdens that she carries.” Her mother, a vegetable seller, told her that she would not be able to pay for her high school education, Ms. Nabasitu added.

Ms. Nabasitu said that she missed the safety and sense of community that school offered, a loss felt by her friends as well. During the pandemic, she said, some friends became pregnant and won’t return to school either.

Many countries closed schools on and off over the past two years, but only six nations — the Bahamas, Belize, Brunei, the Dominican Republic and the Philippines are the others — have continued to impose nationwide closures, according to UNESCO, the United Nations Educational, Scientific and Cultural Organization.

Uganda’s shutdown, instituted shortly after the first Covid cases were detected in the country, was the longest of all — affecting 10.4 million students — and the duration has been the subject of debate, domestically and internationally.

Kauthara Shadiah Nabasitu, 15, at her home in Kamwokya, a neighborhood of Kampala. To help her family, she started working during the shutdown, and she will  not be returning to school.Credit…Esther Ruth Mbabazi for The New York Times

“Our call during Covid has been that schools should be the last to close and the first to open,” said Robert Jenkins, global director of education at the United Nations Children’s Fund. “In the case of Uganda, the scale and the duration have been unprecedented.”

Janet Museveni, the Ugandan minister of education and the wife of President Yoweri Museveni, said that the shutdown had been introduced to curb the risk of children spreading the virus to their parents. The children, she said, “would become orphans — just like H.I.V./AIDS did to many of the families.”

Critics and opposition figures contend that officials used Covid as a pretext to impose especially stringent lockdown rules intended to suppress dissent ahead of the January 2021 elections and in the many violent and tense months that followed. The government is now simply more confident that it is in control, they argue, allowing it to turn its attention to reopening the economy.

Although vaccination rates in the total population are low overall — single digits percentage-wise — the authorities say that most teachers are now inoculated, which enables them to reopen classrooms. Still, the reopening — bars and concerts venues will follow in two weeks — comes amid a fourth wave of the pandemic that has led to a nearly 200 percent rise in cases over the past 14 days.

“We believe this time Covid will not scare us,” Joyce Moriku Kaducu, the state minister for primary education, said in an interview. She disputed any notion that young people’s education had been sacrificed.

“I don’t accept that there is a lost generation,” Dr. Kaducu said. “What I agree to is there’s a percentage of our children who have gotten pregnant, the young boys have gotten into the moneymaking economy and others have gone into things. That does not mean that we have lost the generation completely.”

Still, even the government’s own data shows that the nearly two-year interruption in classroom lessons took a heavy toll on students, particularly those from poor and rural communities.

Ariiho Ambrose, 29, landed a post with a telecommunications company during the shutdown and will not be returning to his job as a mathematics and science teacher.Credit…Esther Ruth Mbabazi for The New York Times

Education officials introduced remote lessons via television, radio and the internet, but many households do not have ready access to electronic devices or electricity, and are led by parents with limited education themselves, hindering their ability to help their children.

The global surge. The coronavirus is spreading faster than ever, but it appears that Omicron is milder than previous variants. Still, the latest surge in cases is causing hospitalizations in the U.S. to rise and lifesaving treatments to be rationed.

Boosters. The C.D.C. endorsed Pfizer boosters for children ages 12 to 17 and said being “up to date” on the vaccine now included a booster. But scientists are raising concerns that “forever boosting” is not a viable long-term strategy.

Testing. A new study suggests that two widely used at-home antigen tests may fail to detect some Omicron cases in the first days of infection. The study comes as a White House official said that the cost of rapid at-home tests would be reimbursed by insurers starting next week.

Mandates under review. The Supreme Court heard oral arguments over efforts to overturn two major Biden administration policies intended to raise Covid vaccination rates: its vaccine-or-testing mandate aimed at large employers and a vaccination requirement for some health care workers. Here’s a breakdown of the arguments.

Around the world. In China, a city of 13 million is locked down over a handful of cases, leading to questions over how long the country’s zero-Covid strategy can last. In France, President Emmanuel Macron drew criticism for saying the government should make life miserable for the unvaccinated.

Staying safe. Worried about spreading Covid? Keep yourself and others safe by following some basic guidance on when to test and how to use at-home virus tests (if you can find them). Here is what to do if you test positive for the coronavirus.

As a result, 51 percent of students stopped learning when the schools closed, according to a report by the National Planning Authority, a government agency, and as many as a third may not return to the classroom now.

Many teachers will not come back either.

Ariiho Ambrose, 29, taught mathematics and science at an elementary school in Wakiso District in the Central Region of Uganda, making $110 a month.

But after the pandemic hit, he was paid only a month’s salary, pushing him to find an alternative to support his wife and two children. He finally landed a job with a telecommunications company, where he says he works fewer hours and is paid more, up to $180 a month.

Though the school wants him to return, he has declined. “I will miss teaching children,” he said.

Some students and teachers who aim to return might not find their schools open. The national planning agency said that 3,507 elementary and 832 high schools nationwide might not reopen on Monday and were likely to remain permanently closed. Uganda has a mix of government-run schools and private ones owned by individuals or religious organizations.

The closings, educators say, threaten to undo decades of educational progress in Uganda, which was one of the first African countries to offer free elementary school education, in 1997. That effort, funded by donors, lifted enrollment, recruited teachers and led to the construction of schools.

St. Divine Community Nursery School in Kampala, which once had 220 students and eight teachers, is among those that will not reopen. Its owner, Joshua Twinamatsiko, had to close the school six months after the shutdown because he couldn’t afford the $425 monthly rent. He lost an investment of about $8,500, he said.

Residents at the former nursery and elementary school in Kampala. The school closings, educators say, threaten to undo decades of educational progress in Uganda.Credit…Esther Ruth Mbabazi for The New York Times

“It has been challenging for me to see all my efforts and money go to waste,” Mr. Twinamatsiko said in an interview.

Now, after nearly two years of caution, the government is pushing to get as many students as possible back to school. The authorities have enlisted village elders and church leaders to encourage families to re-enroll their children. Covid testing of students is not required to return to the classroom, and Ms. Museveni, the education minister, has warned school officials not to impose excessive tuition or fees.

Some of the reopening measures could be reversed, Mr. Museveni, the president, said, if the health care system becomes overwhelmed.

David Atwiine, 15, hopes that will not be the case. He started selling masks in the streets of Kampala after the shutdown was imposed, making $5 on a good day. But no amount of money, he said, will stop him from seeking the education he sees as necessary to succeed.

“I must return to school and study,” he said.

The World Has Changed, So Has ‘52 Places’

These Boats Are Really Big, but Barcelona Has the Room

In Venezuela, a Rum Maker Offers Gangsters a Life Outside of Crime 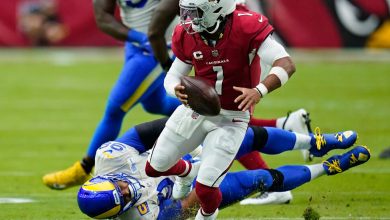 An Inside Job: How Aaron Donald Bull-Rushed His Way to 100 Sacks

As known cases climb in southern Africa, testing on the continent has fallen off.