MANILA — The Philippine boxing great Manny Pacquiao announced his retirement on Wednesday, a month after he lost to the Cuban welterweight Yordenis Ugas in a title bout in Las Vegas.

Pacquiao, 42, led a spectacular 26-year career that saw him win world titles in a record eight weight classes. He will end his career with a record of 62 wins, 8 losses and 2 draws, with 39 of those victories coming by knockout. Pacquiao, one of boxing’s biggest draws since the 2000s, was trying to become the first boxer to win a title fight in four different decades in his match against Ugas.

Pacquiao, who made his pro debut in 1995, holds a seat in the Philippine Senate and recently announced a bid for the presidency. As a politician, he has openly feuded with the country’s current president, Rodrigo Duterte, whose six-year term ends next year.

“It is difficult for me to accept that my time as a boxer is over,” Pacquiao said in a 15-minute video on his Facebook page. “Today I am announcing my retirement.”

“I never thought that this day would come. As I hang up my boxing gloves, I would like to thank the whole world, especially the Filipino people for supporting Manny Pacquiao.”

Pacquiao, who said in 2016 he was considering retiring from boxing but returned later that year, also thanked his longtime manager, Rod Nazario, who arranged Pacquiao’s first international fight in the United States two decades ago and introduced him to Freddie Roach, who would coach Pacquiao as he boxed his way to stardom.

“Freddie Roach was not only my trainer, but also my family, a brother and a friend,” he said.

“Who would have thought that Manny Pacquiao will end up with 12 major world titles in eight different weight divisions?” Pacquiao asked. “Even me, I’m amazed by what I’ve done.”

Pacquiao is the Philippines’ best-known athlete, which may help him in his presidential bid. The Philippine Constitution prohibits Duterte from seeking a second term. To get around that, he has instead said he would run for the vice presidency.

Duterte’s party is expected to endorse his longtime aide, Senator Christopher Lawrence Go, as the presidential candidate. If both men were to win, analysts say, Go could resign to allow Duterte to step in as leader, or he could remain and let Duterte rule by proxy. 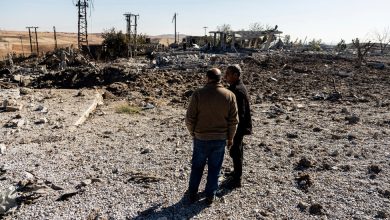 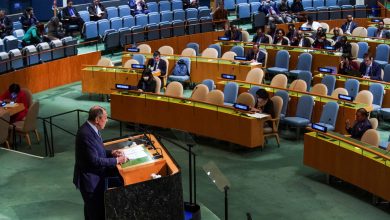