Britons have emerged from 18 months of pandemic-imposed hibernation to find their country has many of the same afflictions it had during the 1970s. There is nothing Austin Powers-like about this time machine: Unlike the swinging Sixties, the Seventies were, by all accounts, some of the bleakest days in postwar Britain; even contemplating a return to them is enough to make leaders of the current government shiver.

The sudden burst of doomsaying in Britain is rooted at least as much in psychology as economics. While there is no question the country faces a confluence of problems — some caused by the pandemic, others by Brexit — experts said it was far too soon to predict that Britain was headed for the kind of economic malaise and political upheaval that characterized that decade.

“It’s a combination of things that could, in principle, lead to that, but are quite survivable on their own,” said Jonathan Portes, a professor of economics at Kings College London. “We always talk about the 1970s, but it’s half a century later, and all sorts of things are different.”

Britain’s economy, he noted, has bounced back faster from the pandemic than many experts predicted. The shortages in labor and some goods are likely a transitory effect of reopening much of the economy after prolonged lockdowns. Rising wages and supply bottlenecks are driving up the inflation rate, while the fuel shortages that have closed dozens of gas stations reflect a shortage of truck drivers, not of energy supplies.

Nor does Britain have the aging industrial base and powerful unions it had in the 1970s. Labor unrest led to crippling strikes that brought down a Conservative prime minister, Edward Heath, and one of his Labour Party successors, James Callaghan, after what the tabloids called the winter of discontent, in 1979.

And yet the parallels are suggestive enough that the right-leaning Daily Mail warned on Thursday that “Britain faces winter of woe” — a chilly welcome for Prime Minister Boris Johnson as he returned from the United States, having celebrated a new submarine alliance and rallied countries in advance of a United Nations’ climate change conference in Scotland in November.

“That is a very easy ghost to resurrect,” said Kim Darroch, a former British ambassador to Washington who now sits in the House of Lords. “But these are real problems. You can just see this perfect storm coming.”

Partly empty shelves at a Tesco supermarket in Manchester this month.Credit…Jon Super/Associated Press

The risks for Mr. Johnson are acute, not least because his government recently announced plans to raise taxes, breaking a campaign pledge, to replenish the nation’s social care network. The combination of higher taxes and rising costs, for energy bills and in grocery stores, will put a squeeze on Britons at the very moment that they are finally savoring life without most lockdown restrictions.

For the opposition Labour Party, which struggled to attack the government amid the national solidarity inspired by the pandemic, hitting the Tories over the high cost of living is an easy strategy. Some analysts predict a series of humiliating reversals for Mr. Johnson, starting with potential repercussions from the tax increases.

“When articles are written in Conservative papers about a return to the Seventies, that’s a flashing red sign for a Conservative government,” said Tony Travers, a professor of politics at the London School of Economics. He noted a maxim in British politics: “Oppositions don’t win elections; governments lose them.”

On Friday, the specter of fuel shortages seemed to loom largest. In London, long lines formed at some gas stations, though others reported operating normally. Priya Dela, a cashier at a busy Texaco station in West Norwood, in southeast London, said her station might run out of fuel by the end of the day.

Ragu Thangavel, a manager at an Esso station in Brighton, said he had already run out of diesel by Friday morning and that he expected to run out of all fuel by the evening. “There have been long queues from this morning,” he said, adding that he had not been told when his next delivery would arrive.

BP, the oil giant, said several of its stations had shut because of a shortage of unleaded and diesel-grade fuel. Tesco, a supermarket chain that operates gas stations, said it had suffered temporary closings in a small number of areas. The problem is not the supply of fuel, said Gordon Balmer, the executive director at the Petrol Retailers Association, but a lack of trained truck drivers to transport it.

The challenge of finding, and paying, qualified drivers cuts across sectors beyond fuel. With drivers retiring, and replacements delayed in getting licensed because of the pandemic, the labor pool has shrunk even as demand has surged. That has driven up wages. Tom Binks, the managing director of Peter Green Chilled, a refrigerated and frozen food transport company, said he has had to increase pay for his fleet of roughly 60 drivers by 35 percent since April to keep them.

The gas and food shortages and rising prices made for a chilly welcome for Prime Minister Boris Johnson when he returned to Britain this week.Credit…Michael M. Santiago/Getty Images

To pay for that, Mr. Binks said he has increased his rates to food suppliers for transportation services. The suppliers pass the higher costs on retailers, who in turn pass them on to customers. “Ultimately, food will become much more expensive for ordinary people,” he said. “It’s just inevitable.”

Brexit has aggravated the labor shortages. An estimated 200,000 European Union citizens left Britain during the pandemic, and haven’t returned in part because of more stringent visa requirements to work in the country, which began this year. That means companies can no longer easily fill empty positions with overseas hires.

The Road Haulage Association estimates there is a shortfall of 100,000 drivers, of which of 20,000 or so are drivers who left Britain. Though the government has increased the number of hours drivers can work each day and sped up the process for getting licenses, it has so far resisted pressure to ease visa rules — hoping instead to see wages rise and companies train British drivers.

The shortage of truckers has mutated into a supply-chain crisis that has left restaurants struggling to buy the necessary ingredients for their menus and supermarkets with empty shelves. While fears of panic buying appeared to be overstated, more than half of British adults have had their food shopping affected by shortages, according to a recent survey by the national statistics agency.

The supply bottlenecks are threatening what has been a fairly robust recovery from the pandemic. On Thursday, the Bank of England said it was slashing its forecast for economic growth for the third quarter again, this time by 1 percentage point. The inflation rate, it said, could exceed four percent by Christmas.

All this has left businesses on a knife edge: balancing optimism that the pandemic is ending with nervousness about the strength of the recovery.

Pret A Manger, a coffee and sandwich chain, announced this week it planned to open 200 new stores and hire 3,000 more people in the next two years. But amid a dire shortage of workers in the hospitality industry, it has had to raise wages by 5 percent.

A Pret a Manger in London. Pressure on consumer prices is likely to increase.Credit…Hannah Mckay/Reuters

For consumers, the pressures are only likely to mount. The government’s furlough program, which compensated up to 80 percent of lost wages because of the pandemic, ends at the end of this month. Soon afterward, more than five million people will lose £20 a week from cutbacks in a major government benefit program, Universal Credit. And the cap on household energy bills, which protects about 15 million Britons, will be increased by 12 percent.

“Families are just going to feel completely squeezed,” said Karl Handscomb, an economist at the Resolution Foundation, a research group that studies living standards. “It’s going to feel uncomfortable, and people are going to be actually worse off.”

Ahead of German Election, Hundreds of Thousands Demand Climate Action

The Taliban Pressure Women in Afghanistan to Cover Up 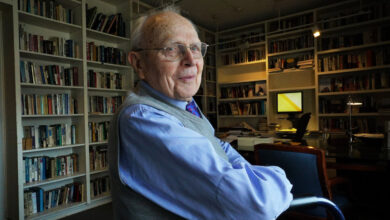 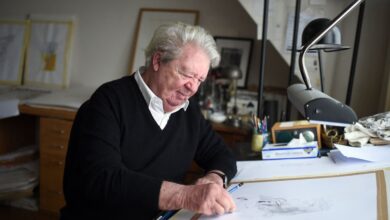 Russia confirms that it controls the former Chernobyl nuclear plant.