BERLIN — Chancellor Angela Merkel was standing two paces behind Armin Laschet, her party’s candidate to succeed her, stony-faced and with her hands clenched.

The first election results had just come in. The conservative camp had collapsed by 9 percentage points, the Social Democrats were winning — and Mr. Laschet was vowing to do “everything” to form the next government.

To watch the scene on Sunday night at conservative party headquarters was to watch power melt away in real time.

Germany’s once-mighty Christian Democratic Union is not used to losing. Five of eight postwar chancellors were conservatives and the current one is leaving office after 16 years as the most popular politician in the country.

But Sunday’s defeat, the worst since the party was founded after World War II, has revealed almost overnight a conservative movement not just in crisis and increasingly open revolt, but one fretting about its long-term survival.

“It has raised a question about our very identity,” Norbert Röttgen, a senior member of the Christian Democratic Union told public television ARD on Monday. “The last, the only big people’s party in Germany. And if this continues, then we will no longer be that.”

Nearly 2 million voters shifted their support away from the Christian Democrats to the Social Democrats on Sunday, a departure coinciding with the end of Ms. Merkel’s tenure as chancellor.Credit…Pool photo by Fabian Sommer

Yet beyond the conservatives’ disarray, what Germany’s messy vote says about the future of the country — and of Europe — is still hard to divine. It was an election filled with paradoxes — and perhaps one in which Germans themselves where unsure what they wanted.

The last government included both traditional parties on the center-right and center-left, making it harder to gauge whether Sunday’s vote was in fact a vote for change. Olaf Scholz, the chancellor candidate of the Social Democrats, campaigned against Ms. Merkel’s party — but he has served as Ms. Merkel’s finance minister and vice chancellor for the past four years and in many ways ran as an incumbent.

Some of the “change vote” went to him, but much of it was split between the progressive Greens and the pro-business Free Democrats whose economic agendas could not be further apart.

Overall, 45.4 percent of votes went to parties on the left — the Social Democrats, the Greens and the Left Party — and 45.9 to those on the right, including the C.D.U., the Free Democrats and the far-right Alternative for Germany party.

But even if not a dramatic shift to the left, the devastation the returns have wrought on Ms. Merkel’s party are plain. With Ms. Merkel leaving, millions of conservative voters are leaving, too. Nearly 2 million voters shifted their support away from the Christian Democrats to the Social Democrats on Sunday, and more than 1 million defected to each of the Free Democrats and the Greens.

It was a splintered result that revealed a more fragmented society, one that increasingly defies traditional political labeling. And it appeared to spell a definitive end to the long era of Germany’s traditional “Volks”-parties, catchall “people’s” parties.

The Social Democrats lost that status a while ago. With union membership declining and parts of the traditional working-class constituency abandoning the party, its share of the vote roughly halved since late 1990s. The crisis of social democracy has been a familiar theme over the past decade.

Olaf Scholz, the candidate for chancellor of the German Social Democrats after initial results in the federal parliamentary elections on Sunday in Berlin.Credit…Steffi Loos/Getty Images

Ms. Merkel’s conservatives were insulated from these tectonic shifts for longer. As long as she was in office, her own popularity and appeal reached well beyond a traditional conservative electorate and disguised many of the party’s creeping troubles.

Ms. Merkel understood that in a rapidly changing world, where church membership was declining and values evolving, she needed to appeal to voters outside the Christian Democrats’ traditional base to keep winning elections.

Since taking office in 2005, she gradually took her party from the conservative right to the center of the political spectrum, not least by co-governing with the Social Democrats for three out of her four terms. It worked, at least for a while.

Ms. Merkel kept the party together, analysts say, but in the process she stripped it of its identity.

“The C.D.U. is hollowed out: it has no leadership and no program,” said Herfried Münkler, a prominent political scientist and author on German politics. “The essential ingredient has gone — and that is Merkel.”

There are many reasons the conservatives performed badly. One was the fact that after 16 years of a conservative-led government, a certain stasis had set in and, particularly among younger voters, a desire for new leadership.

Another was the deep unpopularity and poorly run campaign of Mr. Laschet, who staked his political future on winning the chancellery but is losing support by the day even within his own party.

Since the election, a simmering civil war inside Germany’s conservative camp between those eager to cling on to power at any price and those ready to concede defeat and regroup in opposition was increasingly coming into focus.

While Mr. Laschet is still insisting that he will hold talks with the Greens and the Free Democrats to form a majority coalition, many in his own camp have conceded defeat.

On Tuesday one of his main internal rivals, Markus Söder, the swaggering and popular governor of Bavaria who narrowly missed landing the nomination himself in April, went so far as to congratulate Mr. Scholz on the election result.

The regional conservative leader in the northern state of Lower Saxony, Bernd Althusmann, told public broadcaster ARD that voters wanted change. “We should now humbly and respectfully accept the will of the voters,” he said.

The pressure on Mr. Laschet to concede the race only increased after he failed to win the support of voters even in his own constituency.

But some said that Ms. Merkel herself shared some blame for her party’s abysmal result. In all her years in power, she failed to successfully groom a successor. She tried once; but her attempt to position Annegret Kramp-Karrenbauer, now the defense minister, proved deeply divisive and ended in Ms. Kramp-Karrenbauer’s resignation as party leader after barely a year.

Mr. Laschet, who followed her at the helm of the party, has also failed to bridge the divisions within the party between those who embraced the social changes Ms. Merkel had overseen from parental leave policies and same-sex marriage to welcoming over a million refugees in 2015 and 2016 — and those nostalgic for the party’s conservatism of old.

But the days of uniting both camps under the umbrella of a single party may simply be over, analysts said.

“Conservatism no longer has convincing answers — or at least not convincing enough to get 40 percent of the voters,” Mr. Münkler said.

That raises existential questions for the Christian Democrats.

In several neighboring European countries, including France and Italy, traditional center-right parties have already shrunk into irrelevance, struggling to find a message that appeals to voters and ripped apart by internal power struggles.

Most now expect that the Christian Democrats will end up outside of government.

“They might be in opposition for a while,” said Mr. Münkler, the political scientist, “and then the question is: Will they survive it?”

Why the Governing Party Election Is the Main Event in Japan

Amazon Is Less Able to Recover From Droughts and Logging, Study Finds 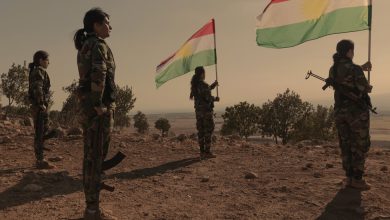