The Daintree Rainforest in Australia — a world-famous travel destination and, at an estimated 180 million years old, one of the world’s oldest forests — was one of four national parks returned to their traditional owners on Wednesday under an agreement signed with the Queensland state government.

Nearly 400,000 acres of land in northeast Australia, consisting of dense forests, sprawling mountain ranges and white sand beaches, was handed back to the Eastern Kuku Yalanji Aboriginal people, believed to have lived in the area for more than 50,000 years.

“The Eastern Kuku Yalanji people’s culture is one of the world’s oldest living cultures and this agreement recognizes their right to own and manage their country, to protect their culture and to share it with visitors as they become leaders in the tourism industry,” Meaghan Scanlon, the Queensland environment minister, said in a statement.

As the government handed the land over, Ms. Scanlon acknowledged the “uncomfortable and ugly shared past” in relations with Aboriginal people in the country, and called the agreement “a key step on the path towards reconciliation.”

Australia remains locked in a deep, continuing struggle to right the wrongs of its past — and, by many accounts, its present, as it continues to deny Indigenous people their rights and subject them to discrimination. (Indigenous Australians are those who are Aboriginal or hail from the Torres Strait Islands.)

The government said the agreement would also include the creation of a new nature refuge, as well as authorizing money, provided annually and in perpetuity, to help manage the parks.

Chrissy Grant, a representative of the Eastern Kuku Yalanji people, said in a statement that the goal was to establish a foundation to provide their people opportunities in “a wide range of skilled trades, land and sea management, hospitality, tourism, and research so that we are in control of our own destinies.” 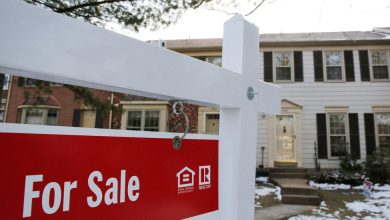 With Mortgage Rates Soaring, the Housing Market Takes Another Hit