One October morning in a New York City courtroom, a woman from Pakistan tearfully recounted how an arranged marriage with a man she barely knew had devolved into violence in a tiny apartment in Flatlands, Brooklyn.

She told the judge about when she had finally called 911. Police officers had found her huddling in the bathroom with a bloody mouth and broken glasses — she had turned on the shower when calling for help so her husband and in-laws couldn’t hear. She said in court that officers had gone back to fetch her shoes. A few feet away at the defense table, her estranged husband, in shackles, kept his head lowered, his eyes trained on the desk in front of him.

For years, cases like these — which typically involve not just prosecutors, but social workers, police officers, children’s services, immigration authorities, shelters and translators — were handled by different offices, disjointed efforts that victims and their lawyers said tended to delay justice and left their varied needs unmet.

Now, the Brooklyn district attorney’s office has consolidated these services into a single division for gender-based violence — a major restructuring that will bring 20 percent of the entire office, including more than 100 lawyers at least 30 social workers, under central leadership.

Divisions are the principal organizing unit of a city prosecutor’s office, and they have multiplied in recent years: Manhattan now has five, while the Bronx has six. Until now, Brooklyn had only two: an investigations division and a trials division. By elevating gender-based violence as a third, it is assigning such crimes an extraordinary level of priority.

“These cases all have very similar denominators, and we were treating them with a very siloed approach,” said the Brooklyn district attorney, Eric Gonzalez. He called the new division “a model buster.”

The move reflects an emerging ethos among district attorneys throughout the country to reshape their offices to focus more holistically on victims, particularly those who have suffered gender-based violence. In an arrangement called “vertical prosecution,” lawyers work with teams of in-house victims’ advocates and social workers who follow a case from start to finish.

Cases that fall under the Domestic Violence Survivors Act — which allows for more lenient sentencing, resentencing and other post-conviction relief to those who commit crimes while in relationships that are violent — will also be handled by the division.

The restructuring comes at a time when the #MeToo movement has forced a reckoning on how the police and prosecutors handle sexual violence cases.

Deals between prosecutors and defendants in rape cases have come under scrutiny, and in June, the Department of Justice said it had opened a sweeping investigation into the New York Police Department’s Special Victims Division and its handling of sex crimes. The investigation was announced 10 months after more than a dozen women wrote to the Department of Justice, many of them outlining how they encountered investigators who they said lacked the skill, time and sensitivity to properly investigate their cases.

Two out of three sexual assaults are not reported to the police, according to an analysis by the Rape, Abuse and Incest National Network. And immigrants face a daunting array of discouragements.

Back in the Brooklyn courthouse last month, on the same day that the Pakistani woman gave her victim impact statement, in a courtroom a few stories below a woman in her 30s testified at the trial of a family friend who had sponsored her move to New York from Grenada, then demanded sex after she moved in.

Staring at her hands, the woman described how she ran away without anywhere to live. He promised her he would stop assaulting her if she came back. He told her she could not survive in New York by herself, she said, avoiding his stare from the defendant’s table.

The man claimed his actions were consensual. He told investigators he had brought her to the United States and promised to pay for everything, in return for sex, according to court documents.

Both cases, which require knowledge of cultural nuance and involve victims with vulnerable immigration statuses are typical of the complex circumstances prosecutors navigate.

The office will allow consistency, said Assistant District Attorney Michelle Kaminsky, who leads the division. Even if victims decide they don’t want to move forward with prosecution, division staff will still assist them.

For example, Ms. Kaminsky said, sometimes mothers are hesitant to report domestic violence because they fear it will draw the attention of children’s services. “It is terrifying that the government is watching over you, with the power to take away your children,” Ms. Kaminsky said.

“By bringing all the professionals focusing on these kinds of cases together under one umbrella, it could strengthen the work they do,” she said.

At the sentencing, holding back tears and taking breaks, the woman from Pakistan told the judge that her estranged husband brought her to New York, where they moved into a two-bedroom apartment they shared with seven of his relatives.

He took her passport and phone, cutting her off from her father and sister, thousands of miles away. He became emotionally and physically abusive, she said. It took her time to realize she could report to the police what she was experiencing.

When officers arrived on a May evening last year, she was taken to Mount Sinai Hospital, in Manhattan, to be treated for lacerations to her mouth and pain to her head and neck, according to a spokesman for the district attorney. Her husband was arrested that night. He was later convicted.

In an interview before the sentencing hearing, the woman said she felt hopeful. She’s been living at Asiyah Women’s Center, a Muslim women’s emergency center in the city. She plans to go back to school and get a degree in information technology.

It is the difference, she said, between hell and heaven.

Tags
Office Said She That With

Some Child Welfare Workers Say the System Is Racist

How a Cyberattack Plunged a Long Island County Into the 1990s 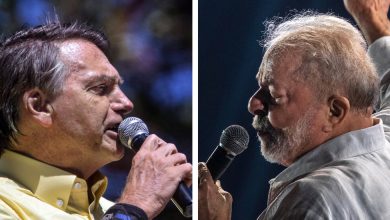 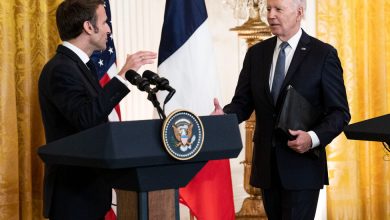 Biden and Macron: A Bond Built on a Birthday Wish, Ice Cream and 30 Phone Calls

Silver, Gold and Diamond: The queen’s past jubilees, at a glance.