NORTH MIAMI, Fla. — Enrique Gonzalez has become a familiar fixture outside the Publix supermarket in North Miami, where he stops by every evening with a stack of missing person fliers emblazoned with his 13-year-old daughter’s photograph.

He jumps into action when he sees someone young, or a parent who might empathize, on the off chance that some stranger may have seen his daughter Victoria. The eighth grader has been missing since Sept. 17.

“I’m praying for you, man,” one shopper told him as he took a good look at the poster.

The nation’s recent fascination with every detail of the case of Gabrielle Petito, who went missing and was later found dead in Wyoming, has raised new questions about the tens of thousands of women and girls — many of them of Black, Latina or Indigenous — who are reported missing each year and go unnoticed. Some of them are presumed dead or trafficked. Many are chronic runaways, who often are not priorities for the police. And most of them share an unwelcome trait: unlike Ms. Petito, who carefully chronicled a road trip with her boyfriend online, few people have ever heard of them, raising uncomfortable questions about whose cases get publicized and investigated and whose are largely ignored.

Without media coverage, and the police resources that usually follow, it often falls to families to search for their loved ones. More than a third of the women and girls reported missing last year in the United States were Black, and the lack of attention to their cases has prompted some people to create organizations and websites dedicated to sharing posters of every missing woman of color, one by one, until they are found.

The police say they take every missing persons report seriously, but a large number of cases involve girls or women who have deliberately disappeared and do not want to be found. They also say they often work months on a case in ways that are invisible to families.

But visibility is what many families are seeking most.

“The news stations publicize what is more important in terms of ratings. What gets good ratings?” Mr. Gonzalez said.

Victoria Gonzalez, 13, who was last seen at school in Miramar, Fla., on Sept. 17.Credit…

Mr. Gonzalez’s daughter, a biracial Latina, was last seen at school two weeks ago. Her family learned that she had been communicating with strangers on adult dating apps under the name “Hennessy.” Her family has received hard-to-trace messages on Instagram that say she was being forced into prostitution in Miami Beach. A security guard thought he saw her in an empty apartment building in North Miami, about 13 miles from her home in Miramar, and so Mr. Gonzalez has focused his search there.

“I’m not getting any sleep, because I’m wondering: ‘Did somebody hurt her?’” he said.

Like many missing teenagers, Victoria has left home before, but never for more than a day, her father said. Tania Rues, a spokeswoman for the Miramar Police Department, said detectives have scoured several neighborhoods in search of her.

“We are out there trying to bring her home,” Ms. Rues said. “We take any missing case seriously. It is more difficult when those who go missing don’t want to be found.”

Callahan Walsh, a child advocate at the National Center for Missing and Exploited Children, said girls are often coaxed online and encouraged to leave home on their own, leaving the police to dismiss them as runaways.

Mr. Walsh said the center receives about 500 missing person calls a week. Although Black children make up 14 percent of the nation’s children, they account for 31 percent of the center’s missing children reports, he said. There may be conscious and unconscious biases among law enforcement officers in cases involving Black people that result in less attention, Mr. Walsh said.

More than 70,000 Black girls under the age of 18 were reported missing last year, according to the National Crime Information Center. Statistics involving missing Hispanic people are more difficult to obtain, because they are classified as “white” in the federal data.

“A chunk of those kids are actually found,” said Erika M. Rivers, who created the Our Black Girls missing persons website three years ago. “Even if people are found, it’s still an astronomical number.”

Overall, about 88 percent of the people of all races who were reported missing last year were later found, returned home, or the report was found to be invalid, according to the national crime center.

Ms. Rivers’s website lists the case of Melinda Felder, who vanished 15 years ago in Conway, S.C. In August 2020, Brittany Palmer, a 23-year-old with a brain injury who walked with a walker or cane, went missing in Jacksonville, Fla. Dawnita Wilkerson was last seen on June 21, 2020, getting into a silver 2004 Chevy Suburban at a motel in Evansville, Ind., according to the F.B.I.

Natalie Wilson, co-founder of the Black & Missing Foundation, said the fact that her organization exists speaks to the magnitude of the problem. Black girls are often classified as runaways, and may not be flagged to receive Amber Alerts, despite the trafficking risk such children face, she said.

“And for those over 18, when the families try and file a police report, they are told: ‘Your loved one is an adult, they can come and go as they please and they don’t have to tell you where they are going,’” she said. “We are just trying to even the playing field.”

Desheena Kyle was last seen alive in Knoxville, Tenn., in June. Her body was found this week.Credit…

Desheena Kyle was 26 when she went missing in Knoxville, Tenn., in June. Her aunt, Rita Turner, said watching the nonstop coverage of Ms. Petito’s disappearance, which included several stories in The New York Times, was hurtful — especially when there was also a massive search for a missing white child in Tennessee who vanished at about the same time as her niece.

“It made me sick to my stomach to know that was not being done for Desheena,” she said.

The Knoxville Police Department said that given how much time had passed without any sightings of Ms. Kyle, her case was being treated as a possible homicide. Investigators spent hundreds of hours searching, interviewing witnesses and following leads, the department said.

Ms. Kyle’s ex-boyfriend is a “person of interest” in the case and is jailed on unrelated charges, the police said.

Ms. Turner had been set to join volunteers on Wednesday evening to search for her themselves, but then her body was found.

The issue of missing women and questions over whether the police had conducted thorough investigations have dogged Indigenous communities in the United States for decades. Annita Lucchesi is the founder of the Sovereign Bodies Institute, which maintains a database of some 5,000 missing Native women.

Ms. Lucchesi sums up the problem up with three words: “It’s racism, misogyny and colonialism,” she said.

In more recent years, federal and state agencies across the country and in Montana stepped up with task forces and law-enforcement resources, including a new Justice Department effort to coordinate federal and local responses to disappearances and murders in Indian Country.

In Puerto Rico, where activists have logged 32 women and girls who remain missing since 2020, the island’s House of Representatives’ public safety committee launched an investigation, but there has been little result so far.

“The police admitted in a public hearing that they did not have a complete and refined record of missing women — who had been found or not,” said Debora Upegui-Hernández, an analyst at the Gender Equity Observatory of Puerto Rico. “There is simply still no policy on how missing women’s cases are handled.”

When Alma Elsie Ayala Ayala, 69, disappeared from the Santurce area of San Juan in January 2020, the police major crimes unit did not go into high gear on the case until a year and a half after she had been reported missing, her family said.

Sgt. Karina Ojeda Erazo of the Puerto Rico Police said she did not know the reason for the delay, except that the police commissioner wanted to assign more resources to the complex investigation.

Many times, friends and family take the search on themselves. In one of the most recent cases, they turned to social media with pleas for information about Lauren Cho, an Asian American woman who went missing near Joshua Tree National Park in California in June.

Members of the public volunteered on Facebook to join in the search themselves.

The authorities say the families of missing people get frustrated, because they are not privy to all the effort that goes into finding missing people.

“Most are not whodunit or endangerment type of cases,” said Sgt. Carl Jeannot, of the Miami-Dade Police Department’s missing person’s unit. “It’s usually someone going outside of their normal patterns, and their family is missing them and would like assistance locating them.”

One of his detectives, Suzanne Gowdie, said police officers are very much concerned over cases of missing women. “They all keep me up at night. I am always wondering what the next step should be,” she said. “The truth is, we are really looking.”

Lordstown Motors Will Work With Foxconn, a Contract Manufacturer 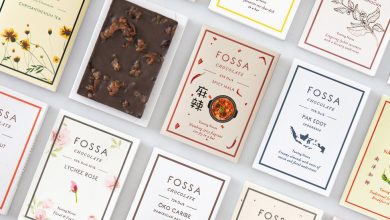 Pence and Jan. 6 Committee Engage in High-Stakes Dance Over Testimony