ATLANTA — A 22-year-old man pleaded not guilty on Tuesday to four murder chargesstemming from a shooting rampage at a string of spas in the Atlanta area last spring.

The man, Robert Aaron Long, had previously pleaded guilty to four murder charges in nearby Cherokee County, where the shooting spree began.

Mr. Long has said he had a sexual addiction and committed the killings to “punish” sex industry workers, and admitted to the March 16 shootings shortly after his capture, according to law enforcement. His not guilty pleas, entered by his lawyer on his behalf in a downtown Atlanta courtroom during a brief appearance Tuesday morning, appear to be part of an effort to save his life. Prosecutors have indicated they intend to seek the death penalty.

The killing spree at three spas in March began in suburban Cherokee County, outside of Atlanta, where Mr. Long shot five people, killing four of them. He pleaded guilty to those murders in July and was sentenced to four consecutive life sentences without parole, plus an additional 35 years.

It was a negotiated sentence that allowed him to avoid going to trial in Cherokee County, where prosecutors said they would have pursued the death penalty. Mr. Long now faces trial in Fulton County for the four killings he is accused of carrying out at two spas in Atlanta.

Fani T. Willis, the chief prosecutor for Fulton County, which covers much of Atlanta, filed a notice of intent to seek the death penalty in May. After Mr. Long’s plea in Cherokee County, she said that lawyers for Mr. Long had approached her office seeking a similar plea deal.

Though Ms. Willis, a Democrat, has said she is generally open to considering plea deals, she has indicated that she will continue to pursue the death penalty in Mr. Long’s case, at least for now.

Ms. Willis’s office is also seeking enhanced penalties for the Atlanta killings, arguing that the victims were targeted because of their “actual or perceived race, national origin, sex and gender.” Mr. Long is white; six of the people killed, including all of the Atlanta victims, were women of Asian descent.

It is one of the first times prosecutors have deployed a Georgia hate crime law that was approved last year by lawmakers in response to the killing of Ahmaud Arbery, an African American man who was fatally shot after he was pursued by three white men who suspected him of committing burglaries in their neighborhood outside of Brunswick, Ga.

Those enhancements will have no material effect on Mr. Long, a landscaping company worker who will spend the rest of his life in prison even if he is not executed. The Fulton County indictment against Mr. Long includes 19 total counts, including charges of aggravated assault and domestic terrorism.

The willingness of Ms. Willis to seek the death penalty comes after her declaration as a candidate for the prosecutor’s job in 2020 that she could not “foresee” a case in which she would seek capital punishment.

Blaming Trump, Jan. 6 Suspect Says He Fell Down a ‘Rabbit Hole’ of Lies 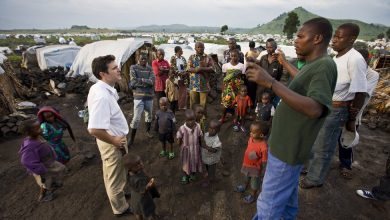 Guns, Gorillas and Netflix: A Belgian Prince in Congo

‘Taking the Voters Out of the Equation’: How the Parties Are Killing Competition