At least six clinics in Texas returned to performing abortions the day after a federal judge halted enforcement of the nation’s most restrictive abortion measure, but a majority had not, a reflection of the power of the law the judge froze.

The novel law, which banned most abortions in the state after cardiac activity is detected, about six weeks into pregnancy, continued to exert control over many clinics. Planned Parenthood, whose Texas affiliates operate seven centers that offer abortion services, said on Thursday that despite the ruling it was not carrying out abortions banned under the measure.

The law, which went into effect last month, has changed the landscape of the abortion fight through a unique design that makes it particularly difficult to challenge in court by putting enforcement on citizens, not the state. On Wednesday night, Judge Robert L. Pitman of U.S. District Court in Austin sided with the Justice Department, which had sued to halt the law’s enforcement.

But after weighing the risks, most of the state’s abortion clinics — there are about 24 across Texas — decided not to resume abortions on women whose pregnancies exceeded six weeks because of another of the law’s unique features: Clinics can be sued retroactively for up to four years for any abortions they provide while the measure is blocked.

“Today we are not scheduling abortion appointments past six weeks while we figure out what is possible,” said Ianthe Metzger, a spokeswoman for Planned Parenthood Federation of America.

She said the situation was fluid.

“The status quo on the ground hasn’t changed today,” she said on Thursday, “but tomorrow it might,” depending on affiliate clinics’ conversations with their lawyers and staff members.

Kelly Krause, a spokeswoman for the Center for Reproductive Rights, which represents clinics in court, said at least six Texas clinics were either providing abortions past six weeks on Thursday, or were scheduling appointments for women to soon have the procedure.

“We were able to see a few people as early as 8, 9 this morning,” she said on Thursday, noting that they had gotten abortions.

She also said that staff members at the clinics were scheduling abortions for Friday. She said doctors at other independent clinics in the state had also begun scheduling patients whose pregnancies were past six weeks for abortions, but refused to say how many or which clinics.

Still, clinics face an uphill battle. The state of Texas has already notified the U.S. Court of Appeals for the Fifth Circuit, one of the most conservative courts in the country, that it would appeal. The suspension by Judge Pitman, who was appointed by President Barack Obama in 2014, could be overruled relatively soon, potentially within days, legal experts said.

Anti-abortion counterprotests in Washington on Saturday.Credit…Kenny Holston for The New York Times

For some clinics, that was too much of a risk.

“We look forward to resuming abortion care the moment we sense the relief in place is durable,” said Jeffrey Hons, president and chief executive of Planned Parenthood South Texas.

The odds are good — but not certain — that the Fifth Circuit will freeze Judge Pitman’s injunction, said Stephen Vladeck, a law professor at the University of Texas at Austin. But he said that would not be the end of the saga.

“It’s just the next act in the drama,” he said.

The national fight over abortion has reached a critical point. The Supreme Court, in its new term that began this week, will soon consider a 15-week ban in Mississippi, the first full argument of an abortion case to be heard by the court’s new six-to-three conservative majority.

There is a chance the court could overturn Roe v. Wade, the landmark 1973 case that established abortion as a constitutional right. If it does, abortion would become illegal in at least 11 states where lawmakers have passed legislation that would go into effect if Roe falls, according to the Guttmacher Institute, a research group that supports abortion rights.

“I think it’s fair to say that Roe v. Wade is in the most peril it has been in since 1973,” said B. Jessie Hill, a law professor at Case Western Reserve University in Cleveland, who has represented abortion clinics in federal cases. “It would be hard to overstate how much things are about to change.”

The Supreme Court’s decision. In a late-night ruling on Sept. 1, the Supreme Court refused to block the law less than a day after it took effect and became the most restrictive abortion measure in the nation. The vote was 5 to 4, with Chief Justice John G. Roberts Jr. joining the court’s three liberal members in dissent.

The legal battle continues. On Oct. 6, a federal judge in Austin granted the Justice Department’s request to halt enforcement of the law while the legal battle over the statute makes its way through the federal courts. Texas notified the U.S. Court of Appeals for the Fifth Circuit that it would appeal the ruling.

The Texas law is unique because it forbids the state to enforce it, and instead deputizes ordinary citizens to sue anyone who performs abortions or “aids and abets” them. They get $10,000 if they are successful. That feature makes it difficult to challenge in court because there is no single entity responsible for enforcement. The result has been a ban on nearly all abortions in the state since the law, called the Heartbeat Act, went into effect on Sept. 1.

Lawmakers in about 20 other states have either expressed interest in or started work on copycat bills, said Elizabeth Nash, a policy expert at Guttmacher.

The national fight over abortion has reached a critical point, with the Supreme Court soon considering a 15-week ban in Mississippi.Credit…Ilana Panich-Linsman for The New York Times

Anti-abortion activists in Texas said they were confident that Judge Pitman’s ruling would not immediately increase the number of abortions to the levels seen before the law. Susan B. Anthony List, a national anti-abortion organization, said in a statement on Wednesday that the Texas measure had “saved more than 4,700 babies.”

Chelsey Youman, the Texas state director for Human Coalition, an anti-abortion group, said she felt “hopeful and confident” that the Fifth Circuit would rule in its favor.

John Seago, the legislative director for Texas Right to Life, the largest anti-abortion group in the state, said that his organization was closely watching what clinics in Texas were saying, but that it would wait to gather evidence and build a case it believed would be strong. And that would take time, he said.

“I’m not running to the courthouse,” he said. Still, he added: “We are not going to sit this out. The real question is the timing and when is the right moment to file lawsuits if we have evidence.”

Abortion opponents have another avenue under the law — to sue in federal court. Claimants would have to be from a state other than Texas and the legal fight they were picking would have to be at least $75,000 in value, which in this case could mean at least eight abortions considered illegal under the law, a hurdle that Mr. Vladeck argued made this route improbable.

Mr. Vladeck said there was a potential scenario in which this Texas case goes to the Supreme Court and is joined with the Mississippi case currently on its docket; if so, the court could issue dual decisions that stop short of formally overruling Roe while upholding Mississippi’s 15-week ban and striking down Texas’ six-week ban along with its novel procedural approach.

“If you are Chief Justice Roberts, that’s an elegant solution,” he said, referring to John G. Roberts Jr. “It’s looking like an increasingly attractive way to split the difference.”

Tesla Will Move Its Headquarters to Austin, Texas, in Blow to California

Let’s Make It Easier for Public Officials to Be Honest

Trump Faces a Week of Headaches on Jan. 6 and His Taxes 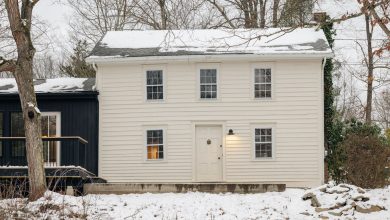 In a Small Kentucky Town, the Candle Factory Was a Lifeline for Its Workers