WASHINGTON — After largely standing aside for years as cryptocurrency grew from a digital curiosity intoa volatile but widely embraced innovation,federal regulators are racing to address the potential risks for consumers and financial markets.

Their concerns have only grown as both new and established firms have rushed to find ways to profit from bringing the massive wealth held in cryptocurrency into the traditional financial system through quasi-banking services like interest-bearing accounts and lending.

Now the Treasury Department and other agencies are moving urgently on an initial target for tighter regulation: a fast-growing product called a stablecoin.

Issued by a variety of firms that are currently only lightly regulated through a patchwork of state rules, stablecoins serve as something of a bridge between cryptocurrency markets and the traditional economy.

The value of a stablecoin is ostensibly pegged one-to-one to the United States dollar, gold or some other stable asset. The idea is to make it easier for people holding cryptocurrency — which is notorious for its frequent price swings — to carry out transactions like purchasing goods and services, or to earn interest on their crypto holdings.

The use of stablecoins is surging rapidly, and regulators have grown increasingly concerned that they are not in fact stable, and could lead to a digital-era bank run.Just this year, dollar-tied stablecoins such as Tether token, USD Coin and Pax Dollar have jumped from $30 billion in circulation in January to about $125 billion as of mid-September.

“It is important for the agencies to act quickly to ensure there is an appropriate U.S. regulatory framework in place,” Nellie Liang, an under secretary of the Treasury who is helping lead the effort, said in a statement.

The push by the Biden administration to exert some control over stablecoins is the leading edge of what is likely to be a far more expansive debate over the government’s role in regulating cryptocurrencies — a topic generating increased concern in Washington.

“I have seen one fool’s gold rush from up close in the lead-up to the 2008 financial crisis,” Michael Hsu, the acting comptroller of the currency said, in remarks on Tuesday. “It feels like we may be on the cusp of another with cryptocurrencies.”

Largely known as a vehicle for speculation, cryptocurrency is increasingly starting to transform banking and finance and is stirring discussions over whether governments should issue digital currencies of their own to augment or eventually replace their traditional currencies.

Stablecoins now underpin a growing share of cryptocurrency transactions globally, at a time when the total value of outstanding crypto tokens like Bitcoin is about $2 trillion — roughly the same value as that of all United States dollars in circulation.

The regulatory push has generated a wave of lobbying by cryptocurrency executives. They have lined up in recent weeks in a series of virtual and in-person meetings with banking and financial regulators, seeking to shape the new rules while largely acknowledging that some form of federal oversight is now inevitable.

Regulators are worried about whether stablecoin firms hold enough liquid assets to back up the value of the currency they issue.

In addition to cash and short-term Treasury bonds — which are considered safe and easy to redeem — issuers of stablecoins USDT and USDC, for example, also have at least until recently held reserve assets like unsecured debt in corporations, which is much riskier and harder to quickly turn into cash, especially in times of financial turmoil. That “commercial paper” is entwined with other key parts of the financial system.

Treasury Department officials also want assurances that the stablecoin firms have the technical capacity to handle big surges in transactions, so that they do not set off a chain reaction of trouble if large numbers of customers try to cash out their holdings.

Problems have already cropped up. The Solana blockchain, a relatively new network that said it has seen an “exploding” number of stablecoin transactions, suffered a 17-hour outage on Sept. 14. The company blamed “resource exhaustion in the network” that prevented or slowed customers from buying or selling during the crash.

Federal officials said in interviews that they are considering using expansive powers created under the Dodd-Frank law, enacted in the aftermath of the 2008 financial crisis, to initiate a review and potentially declarestablecoins “systemically important,” a finding that would likely subject them to strict federal regulation.

“Regulators really start to care more when risks get greater for society,” said Jeremy D. Allaire, the chief executive of Circle, a payments and digital currency company that helped create USD Coin. “You naturally see regulators want to come up with ways to address those risks.”

USD Coin has grown about 750 percent this year, with about $30 billion in circulation. It is projected to reach more than $200 billion by late 2023 at its current growth rate, Mr. Allaire said.

The world’s most popular stablecoin is Hong Kong-based Tether, issuer of USDT.Credit…Tiffany Hagler-Geard/Bloomberg

The first step likely to be taken by the Treasury Department will be to issue a report with recommendations this fall. In interviews, industry executives, lobbyists and regulators offered an outline of what they expect to be covered in these recommendations, which will form a template for potential regulations to be drafted over the coming year.

The rules, they said, will likely mandate that reserves are always liquid enough to meet redemption demands, and that the software systems handling these transactions are robust enough to avoid crashes and severe slowdowns when facing mass simultaneous transactions.

They predicted that there will also be requirements around the process of creating new stablecoins, security systems to protect privacy and data and consumer protection measures. Separately, the Treasury Department is also preparing to impose rules intended to prevent cryptocurrency from being used in illicit activity such as money laundering and tax evasion.

There have already been some moves to crack down on the sector.

The world’s most popular stablecoin is USDT, issued by Hong Kong-based Tether; it currently represents more than half the global stablecoin supply. New York State regulators in 2019 opened a fraud investigation into Tether, an inquiry that was settled this year with an agreement prohibiting the company from doing business with customers in New York and ordering it to regularly disclose what types of reserve assets back up its stablecoin.

Circle has already announced plans to voluntarily shift its reserves to more liquid assets as of this month.

The new rules will create winners and losers, with some industry players better positioned to embrace them than others, who may have to change their business models to come into line.

The stablecoin issuer Paxos, for example, supports the move to regulate stablecoins. But it is opposed to the use of the powers created under the 2010 Dodd-Frank Act that allows an entity called the Financial Stability Oversight Council — made up of the Treasury secretary, the Federal Reserve chair and 13 other top federal and state financial regulators and financial experts — to effectively extend its reach to stablecoins by declaring stablecoin activity or companies “systemically important.”

But at Circle, its chief executive said he does not object to the designation.

“Large-scale full reserve, asset-backed dollar stablecoins that can be used across the entirety of the internet will be at that point, they will be at that systemic designation,” said Mr. Allaire of Circle.

Gary Gensler, the chairman of the Securities and Exchange Commission, said nearly three-quarters of trading on all crypto trading platforms occurred between a stablecoin and some other token in July.Credit…Pool photo by Evelyn Hockstein

Another option would be to create some kind of new type of banking charter for stablecoin issuers that addresses many of the regulatory concerns.

The Securities and Exchange Commission also could use its powers to demand that certain stablecoin issuers with reserves backed by securities — such as commercial paper, bonds or money market funds — register as securities, which would require companies to provide more disclosures to investors.

As Gary Gensler, the S.E.C. chair, has pointed out, the agency did just that with the mutual fund industry in 2016 after a major fund that relied on risky debt collapsed and had to halt customer withdrawals. Cryptocurrency, he told the Senate Banking Committee, demands similar action.

“Frankly, at this time, it’s more like the Wild West or the old world of ‘buyer beware’ that existed before the securities laws were enacted,” Mr. Gensler testified.

In an effort to keep the looming regulations from choking off the industry’s growth, industry executives have been fanning out to make their case to cabinet secretaries, Federal Reserve governors, key White House staffers and leaders in Congress from the Senate Banking and House Financial Services Committees, as well as financial regulators.

And crypto businesses and trade groups have been increasingly hiring lobbyists and former regulators to work on their behalf in Washington.

Companies and industry groups whose representatives have met recently with Treasury Department officials included top stablecoin issuers such as Tether, Circle and Paxos; cryptocurrency exchanges that are also stablecoin creators, like Coinbase and Gemini; and old- and new-school financial services companies like BlockFi, Mastercard and the Blockchain Association.

Industry executives argued in these sessions that cryptocurrency, relying in part on stablecoins, will help extend banking and payment services globally to billions of people who now have limited access to the financial system.

Stablecoins, they say, are integral to this vision. It is that picture that American executives painted for El Salvadoran officials and crypto fans all over the world ahead of the Central American nation’s recent adoption of Bitcoin as legal tender.

If regulators severely restrict the growth of crypto through tight new regulations, industry executives say, the U.S. will drive innovation abroad, risk the dollar’s primacy and kill the promise of digital finance.

“If we think back on the 20th century, first you had key innovations like aviation or automobiles,” said Tomicah Tillemann, a former Senate aide to President Biden who now works for Andreessen Horowitz, the venture capital firm, which is a major crypto investor. “And then you have investments in regulatory frameworks that helped to bring the benefits of those technologies to larger numbers of people.”

Afghan Uyghurs Fear Deportation as Taliban Cozy Up to China 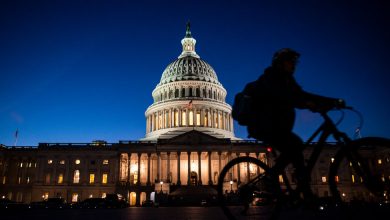 Why House Democrats Have Fallen in Line and Republicans Haven’t 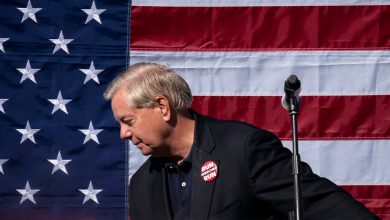