Nearly 40 million of people around the world are enslaved today, and the largest number live in India. There, in the northern state of Uttar Pradesh, rock quarry miners fought landowners who had held their families in bondage for generations. They liberated themselves in July 2000 and began running their own quarries. It was this model of self-emancipation that motivated Laura T. Murphy to study contemporary forms of slavery.

She is a professor at the Helena Kennedy Centre for International Justice at Sheffield Hallam University, in England, and she tells the story of this contemporary slave revolt in the new book “Freedomville: The Story of a 21st-Century Slave Revolt.” The conversation below has been condensed and lightly edited.

Talk about being trapped in a cycle of unfreedom, as you call it.

Sometimes, disempowered people have been treated as inferior for so long that many believe that they do not have the same right to freedom or to well-being as other people do. Sometimes that disparity is enshrined in law and culture, deepening that conviction.

Though they may dream of a different or better life, they struggle to imagine it could ever be possible for them. Sometimes they actually fear freedom — especially when there are no reliable or adequate support systems that will protect them if they escape. In these cases, it may require a shock to the system to make people believe they can be free. That’s what happened in Sonbarsa, Uttar Pradesh, to the Kol Indigenous people.

When is the Kols’ first gasp for freedom? How did they begin to resist?

Grassroots organizers educated them about their rights, but that was not enough to convince them of their right to freedom. The Kols needed to see others win freedom.

Quarry miners had gone to the government to get leases for rock quarries of their own. No one had stopped them; in fact, a few government agents helped them out. The self-liberated miners then sent their children to school. They sold their own products. They made their own money. It was their example, spread through whispers and gossip, that finally reached the Kol people of Sonbarsa.

Between 1998 and 2000, they started having labor strikes and campaigned to elect one of their own to be village head, and many of them even successfully petitioned for leases to their own small rock quarries.

A large group of Kol people also staged a revolt, overthrew their slaveholders and managed to secure their own freedom. Some of them went to jail, and the slaveholding families burned down their village and harassed them. But still, they were free and operating their own quarries. It was a success story of grassroots nonviolent revolution. They even had a documentary made about them, called “The Silent Revolution.”

What else did you find when you traveled to Sonbarsa?

This was the extent of the story as I understood it until I went to visit a tiny village renamed Azad Nagar (Freedomville) that was built in the aftermath of the revolt. By that time, more than 10 years later, the people were telling a different story.

Their protest had not been a silent revolution after all. They told me a story of murder that had not been part of the narrative before. They had staged a violent revolution, and they were still living with the — positive and negative — consequences of that community decision to fight back with whatever weapons they could get their hands on.

Why does it matter that one cruel slaveholder was killed?

When oppressed people stage protests, we often hear politicians and pundits say, “There’s no excuse for violence.” We have essentially fetishized nonviolent protest.

But that simply ignores the very rational reasons why violent protests happen. Violent protest is so often a response to a long history of powerful people committing all sorts of extraordinary violence with impunity. Sometimes it’s slaveholders, but sometimes it’s authoritarian governments or police or other elites. Violence is usually the last option to secure rights that marginalized people turn to after they have tried every official avenue.

So the Kol people are now enjoying their freedom?

I’ll let people read the book to find out how the Kol people are doing, but it’s a complicated situation that involves a long and unpredictable legal battle with the family of the murdered slaveholder, a somewhat more predictable disavowal on the part of the grassroots organizers, and a massive corporate co-optation of the rock quarries of both the Kol and the former slaveholders. The people are physically free, but they were correct to worry about what precisely freedom would be for people so disconnected.

A quarry in Uttar Pradesh, near Azad Nagar.Credit…Laura T. Murphy

I spoke with the people who were from the slaveholding families who had been in power for generations. Many of them lament the end of forced labor in their region. They take a paternalistic view — much like slaveholders did in the 19th-century United States — suggesting that everyone was better off while the Kol people were enslaved.

This, of course, is patently untrue.

But talking to people who are former slaveholders does remind us that exploitation cannot merely be assigned to the realm of some vague “evil” force. Thinking of those who would employ slave labor as evil villains makes the issue of forced labor seem utterly intractable in its abstraction and suggests that the problem is individual bad actors.

Slaveholders are as much a part of a society that assigned them their roles as the Kol were. Understanding the structural and cultural supports for such a system of forced labor and the way those systems encourage and perpetuate exploitation at the local level is critical if we are going to effectively address it.

What are the lessons for enslaved people? And for the rest of us?

For those who are enslaved, the Kol people’s story, though not entirely as hopeful as it seemed at first, still proves that grassroots efforts to end entrenched exploitation can have a positive effect, if people are given the support that they need, including a way to earn a reasonable living, a way to educate their children, the opportunity to engage in political life, the ability to freely choose their work, etc.

My hope is that people can see the parallels between the Kols’ response to generations of violence and other responses to oppression experienced by people in many parts of the world.

Their story certainly reminds me of the long history of Black struggle against slavery and violence in the United States. What that should mean for many of us is that instead of dismissing violent protest as irrational, we should think instead, “How has the system been failing to respond to this community’s struggle for rights, and what will we do to stop the violence against this community that got us here in the first place?”

Invite your friends.
Invite someone to subscribe to the Race/Related newsletter. Or email your thoughts and suggestions to [email protected]

This Conversation With Richard Powers Is a Gift 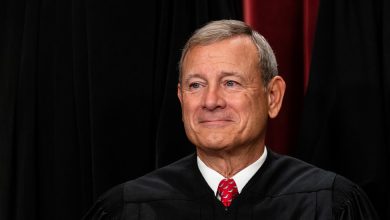 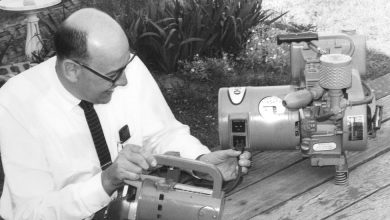