WASHINGTON — After weeks of internal strife at the Food and Drug Administration, the agency on Wednesday authorized people over 65 who had received Pfizer-BioNTech’s coronavirus vaccine to get a booster shot at least six months after their second injection.

The F.D.A. also authorized booster shots for adult Pfizer-BioNTech recipients who are at high risk of becoming severely ill with Covid-19 or are at risk of serious complications from the disease due to frequent exposure to the coronavirus at their jobs.

The authorization sets up what is likely to be a staggered campaign to deliver the shots, starting with the most vulnerable Americans. It opens the way for possibly tens of millions of vaccinated people to receive boosters at pharmacies, health clinics, doctors’ offices and elsewhere.

Roughly 22 million Americans are at least six months past their second dose of the Pfizer-BioNTech vaccine, according to the Centers for Disease Control and Prevention. About half of them are 65 and older. Millions of Americans who received the Moderna and Johnson & Johnson vaccines are still waiting to learn whether they, too, can get boosters.

The F.D.A.’s decision will be followed as soon as Thursday by a recommendation from the C.D.C., which issues guidance on vaccine policy for clinicians and public health officials throughout the United States. An advisory committee of the C.D.C. is now in the midst of a two-day meeting on the issue. But even if the C.D.C. takes a different stance, health care providers are now authorized to offer third shots to Pfizer-BioNTech recipients who meet the F.D.A.’s eligibility criteria.

The ruling followed weeks of internal disagreement at the F.D.A., where some vaccine regulators openly challenged the idea of offering booster shots to the general population. Public health experts and state officials have criticized what they said were confusing public messages from the Biden administration about who should be eligible for a booster shot and when.

Regulators have significantly slowed the booster rollout that top federal health officials drafted and President Biden announced in mid-August. At the time, Mr. Biden said that pending regulatory approval, he wanted to offer third shots to every American adult who had been fully vaccinated with the Pfizer-BioNTech or Moderna vaccine at least eight months earlier, starting this week.

But so far the F.D.A. has cleared booster shots only for Pfizer-BioNTech recipients, and not all of them. Regulators are expected to take up whether to authorize the shots for recipients of the Moderna and Johnson & Johnson vaccines in short order.

Wednesday’s authorization made the United States the most recent wealthy nation to offer people booster doses, joining a list that includes Germany, France, Israel and Britain. Some public health experts say those doses should instead be directed to countries that have vaccinated far fewer of their residents.

At a virtual Covid-19 summit on Wednesday, Mr. Biden pledged an additional 500 million doses of Pfizer-BioNTech’s vaccine to countries that need them.

The F.D.A.’s ruling could set off a spirited debate about who falls into the eligible subgroups, especially those who are considered at special risk because of their jobs.

At a meeting last Friday, members of the agency’s advisory committee of experts said that health care workers should be eligible for boosters because of their work, and a senior F.D.A. regulator said that teachers fit in the same category. There was also a push to include some inmates and staff at jails and prisons because of risks tied to incarceration. Those specific recommendations will be left to the C.D.C.

The F.D.A.’s decision to include those who are at high risk of severe Covid-19 captures another significant swath of the population. An estimated 60 percent of Americans suffer from obesity or other chronic medical conditions that heighten their risk of suffering from severe Covid-19, but not all of them might be included.

Pfizer had asked the F.D.A. to approve a third shot for all recipients of its vaccine who were 16 and older, six months or more after their second injection. Regulators scrambled to collect and review safety and efficacy data fast enough to meet the administration’s goal of offering shots this week.

At a dramatic meeting last week, members of the F.D.A.’s outside advisory committee said the available data was too limited to justify additional injections for so many people and voted 16 to 2 against approving Pfizer’s request. Some of the committee’s experts were concerned that Pfizer’s clinical trial results on boosters included only about 300 volunteers, a point that was brought up repeatedly by the C.D.C.’s experts.

But the advisory committee voted unanimously for the narrower option reflected in the regulatory decision.

President Biden attends a virtual global Covid-19 summit on Wednesday from New York. He had hoped to offer a third shot more broadly to adults who had received the Pfizer or Moderna vaccines. Credit…Doug Mills/The New York Times

The F.D.A. not only narrowed Pfizer’s request, but authorized the third shot on an emergency basis instead of fully approving it.

As a practical matter, since the F.D.A. fully approved the Pfizer-BioNTech vaccine as a two-dose regimen last month, physicians have had broad latitude to prescribe a third dose to people they deemed in need of one. Many Americans have already sought extra shots on their own, typically by finding a cooperative pharmacist or pretending to be unvaccinated.

“There’s anxiety about this public expectation that everyone should go get a booster,” said Dr. Marcus Plescia, the chief medical officer for the Association of State and Territorial Health Officials, which represents state health agencies. “If we pull back on that, then states are going to get left holding the bag.”

Dr. Jesse L. Goodman, a former chief scientist at the F.D.A., said that because of some uncertainty around the benefits of boosters, regulators were right to grant only an emergency clearance for the shots while continuing to study their safety and performance.

“A stepwise approach is very judicious,” he said.

He also said that strained hospitals in the state could not afford to lose more staff, and that booster doses could protect frontline workers from milder infections that would require them to stay at home.

“Anxious would be an understatement,” he said of those waiting for extra shots. “We’ve asked them to be patient with us. We’ve gotten texts and emails from people saying they’re living like hermits again with Delta variant, asking when is it going to be safe.”

Top federal health officials have said they needed to publicly announce plans for a booster campaign so that states could prepare for a rollout. But some state officials said it was a challenge to sort out conflicting messages from federal officials.

For instance, the president said people should be eligible for a booster eight months after their second shot, but the F.D.A. set the interval at six months. Patrick Allen, the director of the Oregon Health Authority, said that the switch has thrown off the state’s planning and caused officials there to “scramble” to prepare for many more residents who now could be eligible.

“We thought at an eight month window we were going to be OK with supply and demand, with our core infrastructure being clinics and pharmacies. But if we have 350,000 people eligible at the beginning, we’re going to have some challenges,” he said, referencing estimates the state has made. At least one county is now preparing to reopen a fairgrounds site for booster doses, he said.

Biden Huddles With Democrats as Divisions Threaten His Agenda 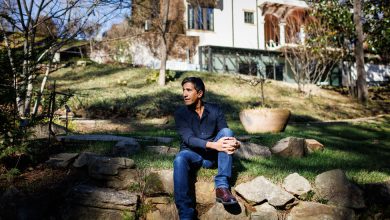 Building a House Is Stressful, Even if You’re Sanjay Gupta 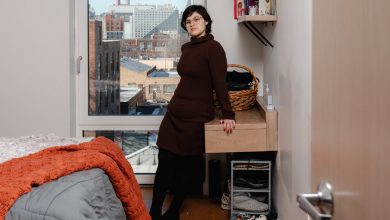 A New Lifeline for the Unseen: Homeless College Students 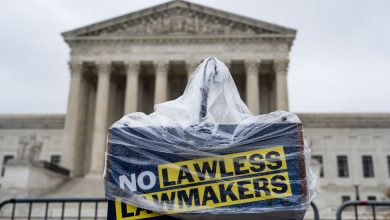 Is the Supreme Court About to Upend American Election Laws?