WASHINGTON — Officials up and down the East Coast have long agitated for money to help replace crumbling bridges and tunnels along the Northeast Corridor, the heavily traveled route between Washington and Boston. After decades of underinvestment, the $1 trillion infrastructure bill that President Biden signed last month is poised to deliver much-needed improvements.

The funding includes the largest investment in passenger rail since the creation of Amtrak in 1971, handing the agency billions of dollars to address its repair backlog, modernize its fleet and reduce trip times. The $66 billion in new funding for rail could also fuel Amtrak’s expansion in its routes across the country, an elusive goal that could generate millions more in revenue for the agency and extend its network to new areas.

“This is a fundamental change,” said John Robert Smith, a former Amtrak board chairman and the chairman of Transportation for America, an advocacy group. “They’ve never had anything comparable to this.”

Still, officials say it will take time for riders to see the full impact since Amtrak will need to ramp up hiring and construction projects could take years. Shortages of electricians, machinists and train operators could also lengthen improvement projects.

“It’s going to take a long time before they show up as actual finished infrastructure,” said Amtrak’s president, Stephen J. Gardner, who will be the new chief executive starting on Jan. 17.

The money is intended to help modernize America’s primary rail system, which has long lagged behind Asian and European countries in speed and coverage. In China, officials have already have built more than 20,000 miles of high-speed rail and debuted a train that would reach more than 370 miles per hour. In comparison, the fastest Amtrak Acela trains reach 150 miles per hour in a few sections of the Northeast Corridor.

Mr. Gardner said the agency has long needed to address its repair backlog and modernize the Northeast Corridor, which includes some bridges and tunnels that are more than 100 years old. That could help eliminate major choke points along the corridor, which serves about 750,000 riders daily in normal times, reducing service disruptions and making trips faster.

The package aims to fulfill a campaign pledge from Mr. Biden, who promised to inject billions in rail and frequently mentions his fondness for Amtrak, when as a senator he would travel home from Washington to Delaware every night to care for his two sons after his wife and infant daughter died in a car crash.

Amtrak, which owns nearly 80 percent of the Northeast Corridor, is working with members of the Northeast Corridor Commission to determine which improvement projects to make a priority. It will also work with states and other groups to submit applications for a $44 billion pool of money that the Transportation Department will dole out through competitive grant programs.

Of the $22 billion going directly to Amtrak, about $6 billion will be used for improvement projects along the Northeast Corridor. The corridor could receive an additional $24 billion through the competitive grants.

The money comes at a critical yet complicated moment. Amtrak is already struggling to deal with labor shortages, which are affecting employers across the United States. For more than 16 months, as the pandemic sapped rail travel and ridership levels plummeted as much as 97 percent, Amtrak stopped hiring workers. Employees also retired or quit, resulting in a 10 percent drop in the number of train engineers and conductors from attrition.

Earlier this month, Amtrak’s inspector general released a report that said the lack of staff in the agency’s Human Resources department would affect Amtrak’s ability to “find and hire qualified candidates in time to meet the company’s hiring needs.”

To retain workers, Amtrak offered $48.5 million in earned performance payments to about 2,600 management employees this year, a spokeswoman said. About 82 percent of those payments were awarded to nonexecutive employees who are part of management.

The agency is now trying to fill about 200 open positions.

Jim Mathews, the president and chief executive of the Rail Passengers Association, said he was optimistic that worker shortages would be alleviated in the coming months, but it would be a challenge to staff up, given the sheer size of the projects.

“Even in normal times, we don’t necessarily have the work force in this country to support this,” Mr. Mathews said.

That could be further compounded by a vaccine mandate. Although Amtrak temporarily dropped its vaccine mandate after a federal court halted the enforcement of the requirement for federal contractors, Amtrak officials said on Tuesday that they would continue to update the policy “as needed.” About 97 percent of Amtrak’s employees have either received a shot or an accommodation providing an exemption.

Amtrak executives had previously warned about cuts to service next month because of the mandate, but the agency no longer expected to scale back service, according to the memo.

While ridership is still down, it has reached about 70 percent of prepandemic levels, Mr. Gardner said.

An Amtrak train in Baltimore, part of the Northeast Corridor, a stretch of rail that will receive at least $6 billion for improvement projects.Credit…Alyssa Schukar for The New York Times

The Northeast Corridor Commission has identified more than 150 improvement projects that would cost $117 billion over 15 years. That includes replacing the nearly 150-year-old Baltimore and Potomac Tunnel, the biggest bottleneck between Washington and New Jersey, with a higher speed two-mile tunnel. The new Frederick Douglass Tunnel would reduce trip times by allowing speeds as fast as 100 miles per hour, up from the current maximum speed of 30 miles per hour.

Officials also want to build new a tunnel under the Hudson River to supplement the crumbling one that was severely damaged during Hurricane Sandy in 2012. The project would cost $12.3 billion to rehabilitate the old tunnel and construct a new one.

Other projects include replacing the Susquehanna River Bridge in Maryland, improving the 30th Street Station in Philadelphia and expanding Penn Station in New York.

According to the commission’s plan, the improvement projects would have long-lasting benefits, including increasing daily service along the corridor and making Acela trips from Washington to New York and New York to Boston nearly 30 minutes faster.

Mitch Warren, the executive director of the Northeast Corridor Commission, said the infrastructure bill funding would benefit many of the projects outlined in the commission’s plan. As those improvements are made, the number of track and electric power failings, which cause delays, should be reduced, he said.

“After decades of underinvestment, after living off investments made by previous generations, this gives us a path forward,” Mr. Warren said. “This infrastructure bill lays the groundwork for new investments in the Northeast Corridor that will last for generations.”

The funds would also help Amtrak replace nearly 40 percent of its rail car fleet by 2031 and remove some of its oldest cars that have been in service for 45 years.

Outside of the corridor, the money could fuel a vast expansion of Amtrak’s map across the country. In May, Amtrak released a $75 billion plan to grow its network to more than 160 new communities by 2035, creating 39 new routes that would provide service in cities like Nashville, Phoenix and Las Vegas.

Routes could also be restored in regions that lost service decades ago. David Strohmaier, a county commissioner of Missoula County in Southern Montana and the chairman of the Big Sky Passenger Rail Authority, said he hoped that the funding would help re-establish the North Coast Hiawatha Route, which ran between Chicago and Seattle before it ended 42 years ago.

He pointed to the potential economic gains: restoring the route as a daily service could generate $271 million in economic benefits annually for the seven states it traverses, according to a Rail Passengers Association analysis.

The funding could also help the agency make all stations accessible for people with disabilities. More than 300 stations were not compliant with the Americans with Disabilities Act of 1990, according to a September report from Amtrak’s inspector general.

Even with the funding, hurdles remain for Amtrak’s ambitious plans. Host rail companies, which control the majority of the tracks that Amtrak uses outside of the Northeast, could challenge Amtrak’s ability to expand and start service in new regions. Freight rail companies are already trying to halt the restoration of service along the Gulf Coast, arguing that more studies need to examine the potential delays to freight service. The Surface Transportation Board has yet to decide on the case.

Local politics could also impede its expansion across the country if state and city officials resist using local funds to subsidize rail service.

A Plan Forms in Mexico: Help Americans Get Abortions

Relax. Omicron Isn’t Going to Take Down the Economy.

Family of Elijah McClain to Receive $15 Million in Settlement 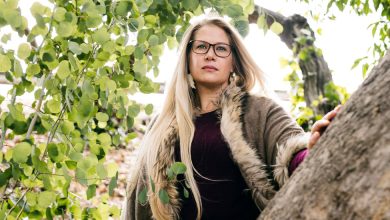 Sundance Liked Her Documentary on Terrorism, Until Muslim Critics Didn’t

With Climate Deal in Sight, Democrats Turn Hopes on Sinema

Federal Rental Assistance Is Running Out, With Tenants Still in Need