WASHINGTON — Senator Joe Manchin III of West Virginia has a ready retort to fellow Democrats who say shrinking the party’s social safety net bill will mean depriving vulnerable populations of critical resources: Limit access to every program in the ambitious measure to only those Americans who need it most.

But Mr. Manchin’s idea holds little appeal for Democrats like Representative Mikie Sherrill, a former Navy helicopter pilot and mother of four whose largely upper middle-class district in New Jersey voted narrowly for Donald J. Trump in 2016, then sent her to the House in 2018 after 34 years of Republican representation.

Last month, Ms. Sherrill successfully amended the House’s version of the Build Back Better Act to do the opposite of what Mr. Manchin is demanding on a centerpiece of the bill: a child care subsidy to help parents get back to work in a pandemic-ravaged economy.

In the original plan, more than $200 billion in child care benefits were limited to families making up to 200 percent of a state’s median income. Ms. Sherrill made the benefit almost universal.

“For my constituents, building a generational new system of affordable child care that will finally help working parents enter the work force, and then excluding them from it will represent a severe blow to their faith in the federal government,” she said.

“New Jersey already pays more than $10 billion in taxes than we receive in federal spending,” Ms. Sherrill added, “and I will not let another federal program pay less to New Jersey tax payers than it does to all other Americans.”

Her position reflects the dilemma Democrats face as they contemplate shrinking 10 years and $3.5 trillion of climate and social safety net programs into a likely size of around $2 trillion. At heart, as they work to unite around President Biden’s signature domestic policy package, Democrats are debating the meaning of government itself, and which citizens should benefit from the taxes almost all of them pay.

They are also clashing over how best to get Americans to embrace an expansion of the safety net. With Republicans routinely bashing them as the party of the rich, Democrats may have a hard time defending a plan that lavishes benefits on the leafy suburbs of Montclair and Chatham, N.J. But they also know that the most popular government programs — and the most stable ones — have been those broadly enjoyed, even by the upper reaches of the middle class, such as Social Security and Medicare.

Liberal Democrats, as well as some from politically competitive districts like Ms. Sherrill’s, argue that the bill’s benefits should be available to everyone. That would mean fewer programs — but more comprehensive ones.

“We don’t ask parents, when they send a child to first grade, how much money they make. We say bring that child in, and we’re going to do the best we can to give her a first-rate education,” Senator Elizabeth Warren, Democrat of Massachusetts, said. She added, “We build roads and bridges without asking who should be allowed to ride on them. We say everyone rides, because it makes us all better off.”

Mr. Manchin and some other conservative-leaning Democrats whose support could prove pivotal in passing the bill say that with federal spending already at unsustainable levels, something has to give, and federal programs like Medicaid, food stamps and welfare have been “means tested” for a half a century.

Senator Joe Manchin III, Democrat of West Virginia, said his goal was to avoid “basically changing our whole society to an entitlement mentality.”Credit…T.J. Kirkpatrick for The New York Times

“I think we should still be a compassionate, rewarding society,” Mr. Manchin said on Wednesday, then added, “but compassion means taking care of those who can’t take care of themselves, whether they’re young, whether they have some type of a challenge in life, whether it be mental or physical. Those are the responsibilities that we have.”

In a private memo outlining Mr. Manchin’s stance on the multitrillion-dollar package, he called for any new spending related to “families and health” to be “needs-based with means-testing guardrails.” His position could curtail efforts to expand Medicare to include dental, vision and hearing care, to expand universal public school to prekindergarten and two years of community college, and to make federally paid family and medical leave available even to employees of companies that already provide paid leave.

His goal, Mr. Manchin later said, was to avoid “basically changing our whole society to an entitlement mentality.”

Mr. Manchin’s language has inflamed tensions within the Democratic caucus. Senator Bernie Sanders, a Vermont independent, declared: “I believe that seniors having teeth in their mouth, or children having child care is not entitlement. It’s justice.”

Some Democrats worry the approach would dull the bill’s overall impact on poverty and income inequality. As with Medicaid and welfare, which is formally called Temporary Assistance for Needy Families, rules that make the application process more complex and deliberate efforts by some states to inhibit enrollment would inevitably mean that some of the most needy would miss out.

A recent study by the Urban Institute found that the percentage of children who were eligible for government health insurance but were not enrolled had increased in recent years, in part because of the complexity of those programs and a failure to reach out to needy families.

Senator Sherrod Brown, Democrat of Ohio, said the expanded child tax credit, which was temporarily expanded this year as part of a $1.9 trillion coronavirus relief measure, had already helped reduce child poverty across the country.

“Why would we pull the rug out from under that?” he asked. “Finally, the U.S. government is coming down on the side of fighting poverty.”

But Senator Tim Kaine, Democrat of Virginia, said Congress needed to be open to income cutoffs and other limitations for at least some programs.

Still, lawmakers need to be mindful of complexity, Mr. Kaine cautioned, and some programs are more conducive to such limits than others. For example, the push for universal prekindergarten and community college access should be treated as an extension of the public school system, which is open to all comers, Mr. Kaine said.

Representative Jared Golden, a conservative-leaning Democrat from Maine, has also called for targeting some of the plan’s benefits “to those most in need.” In a recent opinion essay in The Portland Press Herald, he wrote that if his party wanted to earn his vote on their sprawling bill, it should be willing to curtail some policies such as the expanded child tax credit and a new tax credit for the purchase of electric vehicles.

A half-century of targeting social programs has taught policy experts the best, and worst, ways to devise means tests. The child tax credit, for instance, started as a middle-class benefit that did little for the poor, since it was a refund on earned income.

But over time, it expanded downward and upward, to become a cash benefit for families earning little if any wages and an assist for some married couples earning more than $400,000. And because it is administered through the tax code, claiming the benefit is easy.

“In principle, means-testing makes an inordinate amount of sense. You’re targeting resources to the people who need it most,” said Maya MacGuineas, the president of the Committee for a Responsible Federal Budget, a fiscal watchdog group. She added, “While that complexity does add more bureaucracy and room for gaming, it leads to significant savings.”

Restricting access to a program does not mean it would stay limited. The Affordable Care Act’s initial unpopularity stemmed in part from the limits of its reach. Middle-class Americans seeking health insurance on the law’s marketplaces found few subsidies and expensive policies.

But a temporary expansion in the pandemic relief bill passed this year pushed those subsidies toward the median American family. Now, the Congressional Budget Office estimated, a 64-year-old earning $58,000 and shopping on an Obamacare exchange would see monthly payments decline from $1,075 to $412 because the federal government would take up much of the cost.

In a private meeting with Mr. Biden and nearly a dozen House Democrats in swing-districts on Tuesday, the prospect of limiting who could benefit from a promised two years of free community college came up as part of a broader discussion about the program, according to Representative Susan Wild, Democrat of Pennsylvania.

But, she added, “the general sentiment was, we should not be putting means-testing in on universal child care, or let’s call it universal preschool.”

“It’s completely out of the child’s control, obviously, and, it’s an unfair impediment,” she said.

The politics of the debate are murky. Republicans relish attacking Democrats for showering benefits on the rich. They caricature tax credits meant to transition the nation to electric vehicles as subsidies for Tesla owners and mock federally paid family and medical leave by singling out executives who already receive the benefit from their companies. The children of millionaires, they warn, will be among those going to community college for free.

“The Democrat party has become the party of the wealthy and affluent,” Representative Jason Smith of Missouri, the ranking Republican on the House Budget Committee, wrote in an essay for The Washington Examiner published on Tuesday.

Many of the charges are exaggerated. Millionaires’ children may not be flocking to community college, free or not. Ms. Sherrill’s amendment lifted the income cap on the child care tax assistance, but the benefit is still set up to limit child care costs to no more than 7 percent of a family’s spending. For truly affluent families, child care is a much smaller percentage than that, so subsidies would still be limited. A million-dollar wealth cap still applies to the program as well.

And as Republicans argue the spending helps the rich, they decry tax increases clearly aimed at the rich.

Still the charges could sting.

“There are programs where I say, if the government is helping out somebody like me, that money is probably coming away from somebody who needs it a lot more,” Mr. Kaine said.

Most Abortions in Texas Are Banned Again After Court Ruling 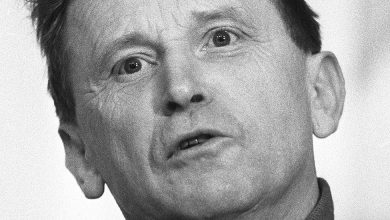 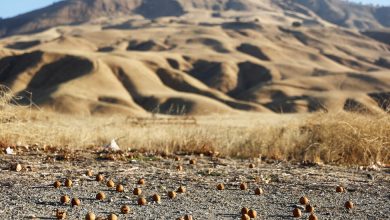 California Is Expected to Enter a Fourth Straight Year of Drought

Charitable Offer by Melania Trump Is Rejected, a Move She Calls ‘Politics’