Anthony Romero, the executive director of the American Civil Liberties Union, said Monday that he regretted that a tweet sent out recently by his organization altered the words of a well-known quote by the late Supreme Court Justice Ruth Bader Ginsburg.

The A.C.L.U. tweet, which was sent out Sept. 18, changed Justice Ginsburg’s words, replacing each of her references to women with “person,” “people” or a plural pronoun in brackets. Justice Ginsburg, who died last year, is a revered figure in liberal and feminist circles and directed the A.C.L.U.’s Women’s Rights Project from its founding in 1972 until she became a federal judge in 1980.

The tweet by the A.C.L.U. occasioned mockery and some anger on social media from feminists and others.

“We won’t be altering people’s quotes,” Mr. Romero said in an interview on Monday evening. “It was a mistake among the digital team. Changing quotes is not something we ever did.”

Mr. Romero first noted his regrets in an interview with Michelle Goldberg, The New York Times columnist, who wrote a column that spoke to the danger of trying to “change the nature of reality through language alone.”

Justice Ginsburg underwent Senate confirmation hearings for the Supreme Court in 1993. Asked where she stood on reproductive rights, she did not equivocate.

“The decision whether or not to bear a child is central to a woman’s life, to her well-being and dignity,” she said. “It is a decision she must make for herself. When government controls that decision for her, she is being treated as less than a fully adult human responsible for her own choices.”

The A.C.L.U. rendered her quote this way: “The decision whether or not to bear a child is central to a [person’s] life, to [their] well-being and dignity…When the government controls that decision for [people], [they are] being treated as less than a fully adult human responsible for [their] own choices.”

Mr. Romero has spoken recently of the cacophony of liberal and left views that now and then spills into the A.C.L.U.’s social media feeds and sometimes requires correction. While he vowed that the A.C.L.U. would not repeat this error, he insisted it “was not a mistake without a thought.” There are people who are pregnant and who seek abortions, he said, who do not identify as women.

“My colleagues do a fantastic job of trying to understand a reality that people who seek abortions are not only women,” he said. “That reality exists.”

The A.C.L.U., he said, could have touched on this emerging reality, one that involves identity,gender and language, without tampering with Justice Ginsburg’s quote. “In today’s America,’’ he said, “language sometimes needs to be rethought.” 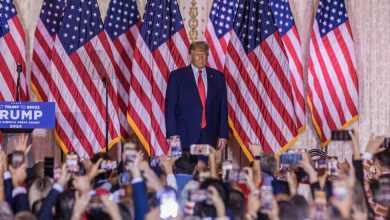 Trump Faces a Week of Headaches on Jan. 6 and His Taxes 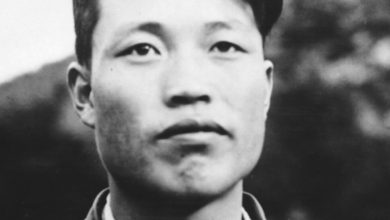 Kenneth Rowe, Who Defected From North Korea With His Jet, Dies at 90 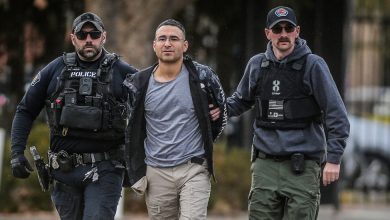