The spectacle of the antitrust challenge to Big Tech has been riveting. But a far more consequential transformation in antitrust law has largely escaped notice — the movement to use antitrust law to address wage suppression and inequality caused by the power of employers in labor markets.

Economic theory says that when a pool of workers has only one potential employer, or a small number of potential employers, those workers will be paid below-market wages. Without the credible threat to quit and work for a competitor, workers lack leverage that could allow them to secure a raise and better conditions. This situation is sometimes called monopsony, and it is similar to monopoly in the market for goods. When buyers have no choice among sellers, a monopolist can charge high prices; when workers have little choice among employers, the employer can “charge” low wages.

Monopolies result in sluggish economic growth as well as high prices because in order to raise prices, monopolists make fewer goods or provide less in services. Companies that use their market power to suppress wages do something similar: They hire fewer workers, and this leads to unemployment and low growth as well. And because employers push down wages by reducing employment, they supply fewer goods, causing higher prices to consumers even though labor costs are reduced. A business might have monopoly power (over goods it sells), monopsony power (over workers), both or neither. If a small town has one newspaper, the newspaper has both a monopoly over local news and a monopsony over journalists. If the town has a single automobile manufacturing plant, that business will have a monopsony over the relevant skilled workers but not a monopoly over cars, which are sold into a national market where there are competitors.

Economists have understood these things since Adam Smith, who famously called wage-fixing by employers “the natural state of things, which nobody ever hears of.” But economists did not take this risk very seriously until recently, instead usually assuming that employers compete vigorously for workers. As a result, though the logic for using antitrust law to address market power is the same for monopsony as it is for monopoly, the legal community did not embrace the possibility that antitrust law should be brought to bear against employers, except in unusual cases.

But in recent years, thanks to the remarkable work of a diverse group of mostly young economists, this conventional wisdom was shattered. Exploiting vast data sets of employment and wages that had become available, they discovered that concentrated labor markets — that is, with one or few employers — are ubiquitous. In one paper, José Azar, Ioana Marinescu, Marshall Steinbaum and Bledi Taska found that more than 60 percent of labor markets exceeded levels of concentration that are regarded as presumptive antitrust problems by the Department of Justice. Numerous papers have made similar findings.

In highly concentrated labor markets, wages fall — as economic theory would predict. For example, Elena Prager and Matt Schmitt examined hospital mergers and found that when hospitals expand through mergers and gain significant market power, the wage growth of employees declines. Notably, this decline affected skilled health care professionals like nurses — but not administrators and unskilled staff members like cafeteria workers, who could easily find jobs outside hospitals.

The work on labor market concentration has been supplemented by growing evidence that employers collude with one another and engage in other anticompetitive practices. Evan Starr and his co-authors have found that agreements not to compete — where employers block workers from moving to competitors — are extremely common (as many as nearly 40 percent of workers have been subject to one) and are associated with lower wages. Alan B. Krueger and Orley Ashenfelter found that nearly 60 percent of major brand-name franchises — companies like McDonald’s and Jiffy Lube — subjected franchise employees to no-poaching agreements, which prevented them, even within the same franchise system, from quitting one employer to join another.

As a result, many workers, especially in rural areas and small towns — areas subject to high unemployment and economic stagnation — are squeezed by employers and underpaid. For example, when farm equipment manufacturers merge, they close dealerships, and so a mechanic who used to be able to get a good job as several dealers competed for his work must accept a less-appealing job from the single place in the area or drop out of the labor market.

Antitrust law applies to “restraint of trade,” and courts agree that when employers enter cartels to suppress wages, they violate the law. Yet until a few years ago, there were hardly any antitrust cases against employers. The major exception was a 2010 case against Big Tech after Google, Apple and other companies agreed not to solicit one another’s software engineers. This was potentially criminal behavior, but the Justice Department slapped them on the wrist. (A subsequent lawsuit secured more than $400 million in damages for the workers.)

But it was the academic research, not the tech case, that finally woke the antitrust community from its torpor. In the past year, the Justice Department has brought several criminal indictments against employers for antitrust violations (the first ever). The Federal Trade Commission is pondering a rule to restrict noncompetes. State attorneys general brought cases against franchises and other employers that used no-poaching agreements and noncompetes. Congress is holding hearings next week on antitrust and the American worker. Private litigators have joined in as discoveries of abusive wage practices have piled up. For example, “Big Chicken” companies face lawsuits not only for fixing the prices of chicken but also for fixing the wages of their workers.

If the academic research on labor markets is correct, then millions of Americans are paid thousands or even tens of thousands of dollars less than they should be paid. Labor monopsony affects people at all income levels, but it is a particular problem for lower-income workers and people living in stagnant rural and semirural parts of the country. In his recent executive order on antitrust, President Biden became the first president to commit government resources to ensure that the antitrust laws are used to help workers. Let’s hope he follows through.

Eric Posner, a professor at the University of Chicago Law School, is the author of, most recently, “How Antitrust Failed Workers.”

These Americans Helped Save Health Care. Don’t Forget Them Now.

What Sandra Day O’Connor Stood For on the Supreme Court 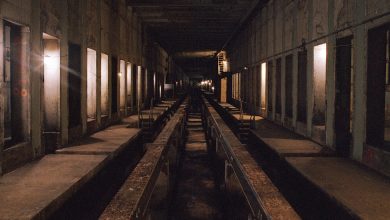 We Know the Real Cause of the Crisis in Our Hospitals. It’s Greed. 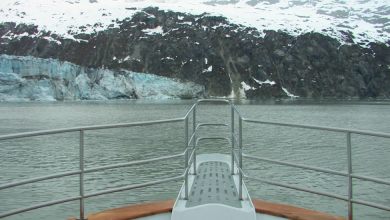 End-Times Tourism in the Land of Glaciers