Yesterday every single Republican senator voted to shut down the U.S. government and provoke a global financial crisis.

Of course, they claimed otherwise; Mitch McConnell, the Senate minority leader, portrayed the vote against raising the debt limit as a test of Democrats’ ability to govern, and some of his colleagues claimed to be taking a stand for fiscal responsibility. But everyone involved understood that this was an act of political sabotage. And the terrible thing is that it might work.

The U.S. debt limit is a very peculiar institution, because when combined with the filibuster it gives a minority party the ability to undermine basic governance. You might think that once Congress has passed fiscal legislation — once it has passed bills that set spending levels and tax rates — that would be the end of the story. But if this duly enacted legislation leads to a budget deficit, which requires that the U.S. government issue debt, as few as 40 senators can then block the needed borrowing, creating a crisis.

And the crisis could be very severe. It’s not just that the federal government would run out of money, forcing curtailment of essential services. U.S. government debt plays an essential role in the global financial system because Treasury securities are used as collateral in financial transactions around the world. During the brief Covid-induced financial panic of March 2020 interest rates on short-term Treasuries actually went negative, as frightened investors piled into the safest assets they could think of.

Make U.S. debt unsafe — make the U.S. government an unreliable counterparty, because its ability to pay its bills is contingent on the whims of an irresponsible opposition party — and the disruption to world markets could be devastating.

So why would Republicans flirt with such an outcome? Because they’re completely ruthless — and they’ve learned the lesson of the New Jersey sharks.

Or, if you want to put it in slightly more pedestrian terms, the G.O.P. has now weaponized retrospective voting.

It has long been clear that voters are far less informed about parties’ policy actions than we’d like to imagine, even when those policies touch their lives directly. Earlier this year most Americans received stimulus checks thanks to the American Rescue Plan, which was enacted by Democrats on a straight party-line vote. Yet a poll of rural voters found that only half gave Democrats credit for those checks; a third credited Republicans, not one of whom supported the plan.

So what do voters respond to? In general, they tend to support the incumbent party when things are going well, oppose it if things are going badly — even if the positive or negative events have no conceivable relationship to that party’s actions.

The political scientists Christopher Achen and Larry Bartels like to use the example of the 1916 election, which was much closer than most people expected; in particular, Woodrow Wilson lost his home state of New Jersey. Why? Achen and Bartels make a compelling case that one major factor was the panic created by a wave of shark attacks along New Jersey’s beaches. Whatever you think of Wilson, he wasn’t responsible for those sharks. But voters blamed him anyway.

More prosaically, many presidential contests turn on how the economy was doing in the few quarters before the election, even though presidents usually have relatively little influence on short-term economic developments, certainly as compared with the Federal Reserve. When people voted against Jimmy Carter, they were really voting against Paul Volcker, the Fed chairman at the time, who pushed the economy into recession to curb inflation — but they didn’t know that.

Of course, retrospective voting isn’t new. What is new is the complete ruthlessness of the modern Republican Party, which is single-mindedly focused on regaining power, never mind the consequences for the rest of the country.

So ask yourself: If a party doesn’t care about the state of the nation when the other party is in power, and it knows that its opposition suffers when bad things happen, what is its optimal political strategy? The answer, obviously, is that it should do what it can to make bad things happen.

Sometimes the sabotage strategy is almost naked. Consider Ron DeSantis, governor of Florida. DeSantis has done everything he can to prevent an effective response to the latest pandemic wave — trying to block mask and vaccine requirements, even by private businesses. Yet this hasn’t stopped him from blaming President Biden for failing to end Covid.

And now comes the debt crisis. Nobody has ever accused McConnell of being stupid. He knows quite well just how disastrous failing to raise the debt limit could be. But the disaster would occur on Biden’s watch. And from his point of view, that’s all good.

The economy consistently does better under Democrats.

But Republican presidents often win re-election because the economy does well in their fourth year.

Americans deny receiving government benefits even when they actually do.

Partisanship and the Covid death toll.

Feedback If you’re enjoying what you’re reading, please consider recommending it to friends. They can sign up here. If you want to share your thoughts on an item in this week’s newsletter or on the newsletter in general, please email me at krugman-newsletter@nytimes.com.

How to Save New York City’s Cabdrivers

What’s Missing from the Conversation about Systemic Racism 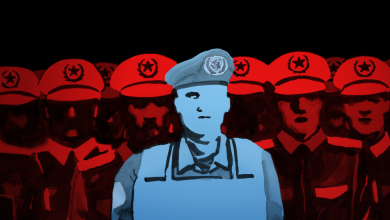 You Can’t Fight City Hall. But You Can Pick Who Runs It.

The Woods Are Still Lovely, Dark and Deep, and We Have Promises to Keep