Joe Biden, once again, disappointed many of the same Black voters who were his strongest supporters. How much of this can or should Black people stand?

I always have to start columns like this with an upfront stipulation: Having Biden in the White House is exponentially better than having four more years of Donald Trump, and in a two-party system, you must support one of the two parties’ candidates. Protest abstentions are suicidal. Democrats who at least talk a more racially inclusive game are head and shoulders above Republicans who either court or abide open racists.

It’s not that Biden hasn’t advanced policies that benefit the African American community, efforts that the White House is quick to laud — as it should — when he faces criticism.

With that out of the way, there is still an appraisal of Biden at this point in his presidency — specifically as it relates to Black voters — that isn’t kind.

The latest offense was the administration’s disastrous mishandling of the Haitian migrant crisis at the southern border.

Yes, there were the outrageous images of agents on horseback herding the migrants like cattle, and there was also the administration aggressively deporting the migrants back to Haiti.

When I see those Black bodies at the border, I am unable to separate them from myself, or my family, or my friends. They are us. There is a collective consciousness in blackness, born of the white supremacist erasure of our individuality.

So it has been incredibly painful to witness the treatment of the Haitians, and it has been impossible not to recoil in disgust or burn with outrage. And to think, “This is happening on Joe Biden’s watch.”

When it was reported that then-President Trump called Haiti a shithole country, Biden responded on Twitter saying:

But deporting these Haitians is worse, not better. The Biden administration — and Democrats in general — always seem to say the right things on racial issues, but too often their deeds come up short when measured against their talk.

As a justification for many of the deportations, the Biden administration invoked Title 42, which is a law that allows deportations based on supposed “health risks.” The Associated Press pointed out, “The Trump administration invoked it in March 2020 to sweeping effect, prohibiting entry by virtually anyone from Mexico and Canada and essentially sealing the northern and southern borders.” Isn’t that ironic.

What’s more, these particular migrants were being deported to a country many haven’t been to in years. Many of them didn’t leave Haiti in 2021; they left it years ago. And they were being deported into danger. Haiti has recently been devastated by an earthquake, flooding from a hurricane, and the assassination of the president.

The administration’s own special envoy to Haiti resigned Thursday, refusing to be part of the administration’s “inhumane” expulsions regime, citing the fact that Haiti is so dangerous right now that even “American officials are confined to secure compounds because of the danger posed by armed gangs to daily life.”

And yet the Biden administration refused to give any indication that it would stop invoking Title 42, The Washington Post reported Friday.

It seems to me that Biden tried to simultaneously eliminate the horrible optics the migrants present, and to do so as quickly as possible, and at the same time blunt the already loud criticism from Republicans that he is mishandling immigration and has an open-borders policy. (No wonder, then, that the migrant encampment beneath the Del Rio bridge has already been cleared.)

But those Republicans cannot be appeased. No matter what direction Biden takes they will condemn it. So why not take the moral path, the righteous path, the ethical path?

The Haitian migrant crisis came as negotiations over federal police reform have collapsed and a law guaranteeing federal voting protections is still bogged down in Congress.

The Biden administration’s handling of the Haitians was just wrong. It was also heartbreaking and disgusting.

No White House fact sheet about other policies that benefited Black people can cover that stain. These Black people were treated like animals because Biden was afraid of a Washington full of monsters.

As is too often the case, Black people become the political pawn, a weight around the ankle or a weapon in the hand. Our humanity is reduced to a calculation or a cause. We can be chased down by horseback-riding agents or flown out by weak-kneed presidents.

After Biden was declared the winner of the 2020 election, the Rev. Al Sharpton recalled for The Washington Post last week, he said, “‘Black America, you had my back, I’ll have yours.’” Sharpton continued: “Well, we’re being stabbed in the back, Mr. President. We need you to stop the stabbing — from Haiti to Harlem.”

Republicans Are Playing a Dangerous Game With Debt

It Could Have Been a Fresh Start. But Germany Is Stuck. 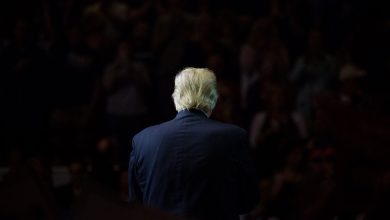 It Shouldn’t Take This Long to Vaccinate Our Youngest Kids

It’s Now Putin’s Plan B in Ukraine vs. Biden’s and Zelensky’s Plan A

What I Want My Kids to Learn About American Racism