Last month, Kyle Rittenhouse was acquitted on all charges related to the shooting of two people at a Black Lives Matter protest in Kenosha, Wisc. Before, during and after the trial, journalists and pundits broke down the most sensational moments on the stand, and many tried to discern what Rittenhouse’s not-guilty decision meant about the country at large. People were eager to draw direct connections between the arguments used in court and the inequities that are seen in the country on a daily basis.

But is looking at the Rittenhouse trial and other high-profile cases really the best way to understand where we are as a nation?

This is a question that Sherrilyn Ifill has had to contend with during the nearly 10 years she’s led the NAACP Legal Defense and Educational Fund. Ifill oversaw the LDF as they sued the Trump administration and as the battle over voting rights has escalated over the past four years.

Jane and Ifill discuss how the LDF has navigated the role of practicing law while advocatingpolitical movements in the country. Ifill also shares why she decided to step down from the LDF next April, and what she will be working on next.

Mentioned in this episode: 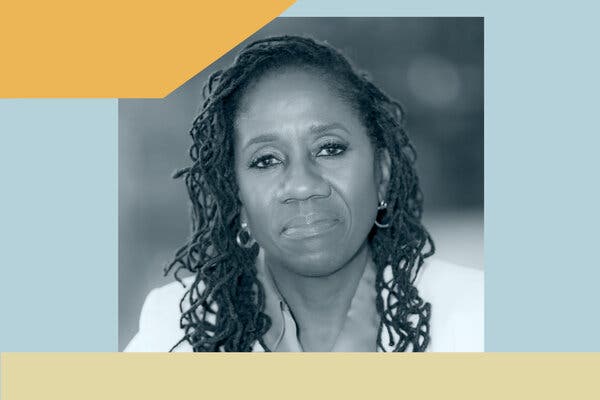 “The Argument” is produced by Phoebe Lett, Elisa Gutierrez and Vishakha Darbha and edited by Anabel Bacon and Alison Bruzek; fact-checking by Andrea López-Cruzado; music and sound design by Isaac Jones; audience strategy by Shannon Busta. Special thanks to Kristin Lin.

Joe Manchin Has Given Democrats a Chance to Save Their Agenda

New Guidance on Booster Shots Gets Ahead of the Science

3 Questions We Must Answer About the Omicron Variant

The World Expects Black Men to Make Themselves Smaller. My Brother Never Did.