Among the possible contenders for the 2024 Republican presidential nomination not named Donald Trump, one governor has captured more than his share of attention: Ron DeSantis of Florida.

But to even get to the 2024 starting line, Mr. DeSantis will first have to make it through re-election in Florida — and the treacherous politics of Covid-19. Lately, his approval ratings have slumped, and his re-election has looked like a lot less of a slam dunk. By tacking hard right on some issues, especially on Covid mandates, he may have left himself potentially vulnerable to a Democratic challenger. His stumbles also suggest the possibility that the sort of harsh, inflexible Covid policies usually associated with Donald Trump may prove a hindrance for some G.O.P. candidates who embrace them in 2022 and beyond.

Mr. DeSantis passed conservative red-meat legislation like voting reform and an “anti-riot” law (a federal judge recently blocked enforcement of it) and picked fights with proponents of mask and vaccine mandates, Big Tech, the media and even some Florida cruise lines.

Mr. DeSantis’s moves were not a complete surprise. In our partisan political atmosphere, there’s a rationale for firing up your base to maximize turnout. Since 2018, the proportion of registered Republicans in Florida has inched up and moved closer to Democrats’ share. As Steve Schale, a Florida election expert, recently noted, “Sometime before the end of this year, there will be more Republicans registered in Florida than Democrats” — which, he said, has never happened before.

And Mr. De Santis’s focus is not solely on Florida. He gets plenty of donations from outside the state, including from hotly pursued small-dollar donors who avidly consume Fox News and love his red-meat rhetoric. And he’s already engaging in some out-of-state travel of the kind future presidential contenders do to lay the groundwork.

Yet he may be taking a risk. Donald Trump won Florida only by three points in 2020. Other famed swing states like Ohio and Iowa were redder — Mr. Trump won each by eight points — and many new residents flocking there come from more left-leaning places like the Northeast.

In a broader context, there’s evidence, from places like the University of Virginia’s Center for Politics, that Mr. Trump was perceived as moving too far right between 2016 and 2020, and it cost him dearly with swing voters. They are a smaller group than they used to be, but especially in close elections, they can still make a difference. Similarly, many suburban women — in areas like Central Florida — have moved away from the Republican Party in the Trump era.

Mr. DeSantis’s approval numbers have also declined. A late August Morning Consult poll showed him down to 48 percent approval from 54 percent in late June — with the biggest shift coming from independents. Another survey of the governor’s approval from Quinnipiac now stands 12 points lower than it did in 2019. And while he opposed vaccine mandates for cruise ships — a significant industry in the Sunshine State, with a lot of Republican customers — over 60 percent of Floridians supported them.

Mr. DeSantis isn’t the only Republican who has taken a right-wing line on Covid measures and experienced political fallout from it. Since June, the disapproval numbers for Texas governor Greg Abbott have gone up among both Republicans and independents.

Next year, Mr. DeSantis could be running against a former Republican governor, Charlie Crist, or Nikki Fried, the agriculture commissioner, who would be the state’s first woman governor.

By following a G.O.P. base strategy on pandemic issues in a state hard hit by Covid, Mr. DeSantis may have left himself vulnerable. To reverse this slide, he might look to the types of initiatives he has pursued that were popular beyond just his base — for example, on education and the environment — as well as policies popular among Republicans, like tax cuts.

If he is to win decisively in 2022 — a prerequisite for a 2024 Republican primary contest that might include at least one person named Trump — he will need to perform a lot of tricky choreography in the Sunshine State.

Liz Mair (@LizMair), a strategist for campaigns by Scott Walker, Roy Blunt, Rand Paul, Carly Fiorina and Rick Perry, is the founder and president of Mair Strategies. She has also consulted for a major cruise line.

The Jan. 6 Plotters Had a Mob. They Also Had a Plan.

Jonathan Mirsky, Journalist and Historian of China, Dies at 88

‘We’ve Never Been Smuggled Before’ 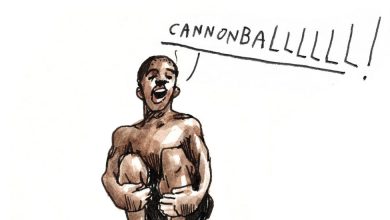 How to Have Fun Again

A Ukrainian Philosopher on What Putin Never Understood About Ukraine

Take It From a Student: We Should Argue About Books, Not Bans