The daughter of sharecroppers. The only Black basketball player on a college team she led to three national championships. The first woman to score a basket at the Olympics. So good she was the first (and only) woman officially drafted by the National Basketball Association.

And yet for decades after Lusia Harris rose from a small town in Mississippi to become one of the best American athletes of the 20th century, her legacy had all but disappeared from public memory. The trailblazing basketball player died last month at age 66.

Harris wasn’t playing for money, power or fame. That’s because as with most female athletes, no matter how good she got, those things weren’t available to her. She knew she wouldn’t have the same opportunities as her heroes growing up, men like Wilt Chamberlain and Kareem Abdul-Jabbar. Instead, she was playing simply because she loved the game. And because she loved being great at it.

“I wanted to shoot that ball just like they would shoot it,” she said of her male basketball idols in an Opinion Video I produced, “The Queen of Basketball,” directed by Ben Proudfoot, which has been nominated for an Academy Award in the documentary short category. “It just came natural.”

Harris’s story can be read as a history of America itself. Just six months after she was born in Minter City, Miss., Emmett Till was murdered while visiting relatives in the town of Money, 10 miles away. Her freshman year at Delta State in 1973 came just seven years after the first Black students enrolled there.

Harris started playing college basketball in 1973, the year after President Richard Nixon signed Title IX, which required schools to offer girls opportunities in sports the way they offered them to boys. By the next year, she was a breakout phenomenon, whose success showed how exciting American women’s basketball could be. While she was at Delta State, Harris and her teammates packed stadiums around the nation, including Madison Square Garden in New York. The Lady Statesmen were so good, and brought so much attention to the university, that they were able to travel by airplane, while the men’s team took buses.

Harris rose to be one of college basketball’s first female superstars. She was the only Black player on Delta State’s women’s basketball team, leading it through a 51-game winning streak and to three consecutive national championships in the Association for Intercollegiate Athletics for Women, which functioned as the women’s equivalent of the National Collegiate Athletic Association. She was also elected by the mostly white student body as Delta State’s first Black homecoming queen in 1975. As a member of the first Olympic tournament of women’s basketball, Harris scored the first basket by a woman in Olympic history.

Then she was drafted by the New Orleans Jazz in 1977 with a unique invitation: to play on a men’s team, against men. Harris declined that offer. “I just thought it was a publicity stunt,” she said in the documentary. “And I felt like, I didn’t think I was good enough.”

Harris was clear when we interviewed her for the documentary: She did not regret passing up the N.B.A. opportunity offered to her, and focusing instead on starting a family. (She went on to have four children.) But afterward, her options as a Black woman athlete were limited. She landed an assistant’s job coaching the women’s team at Delta State; she said she had applied for the head job but was passed over in favor of a high school basketball coach, a white man.

It would be nice to say that America, 50 years after the passage of Title IX, has come a long way from the days when Harris reigned on the basketball court. And in some ways things have improved: We have women’s professional sports leagues, and the most robust collegiate women’s sports programs in the world, which often serve as de facto Olympic development programs.

But if you follow the money, it’s clear who’s valued more. Salary-wise, the lowest paid man playing in the N.B.A. still makes more than the highest paid woman playing in the W.N.B.A. At an event last month remembering Harris and her legacy, Shaquille O’Neal, the retired pro basketball player and an executive producer of “The Queen of Basketball,” called out the disparity that endures today. “Certain guys that are not worth it are making $40 million,” while women are making far less, he said. “That’s not right.”

Every year, it feels like a new inequality comes to light between the men’s and women’s teams in college basketball — at last year’s N.C.A.A. basketball tournament it was the weight rooms, where men’s basketball got to work out in a fitness palace, while the women appeared only to have hand weights. One study found that men’s basketball teams spent twice as much as their female counterparts on nontravel meals. Last year the N.C.A.A. acknowledged that its budget for the men’s tournament was nearly double that of the women’s tournament in 2019.

The findings of the N.C.A.A.’s external gender review issued last year after the weight room controversy confirm these themes, saying: “​​With respect to women’s basketball, the N.C.A.A. has not lived up to its stated commitment to ‘diversity, inclusion and gender equity among its student-athletes, coaches and administrators.’” The primary reason, according to the report? The system was designed for men, and therefore its priority remains maximizing the value of men’s basketball. The inequalities extend throughout the industry, and white men still dominate the leadership ranks of sports teams across America, from coaching to management.

All of this makes what Harris achieved more significant. Her son Christopher Stewart told me, “I think all my mom wanted after her career was over, aside from raising her kids, was to be remembered for what she did.”

Back at Delta State, where Harris’s achievements brought the school national glory, her funeral was held in the coliseum, which still bears the name of a white supremacist, Walter Sillers. Nothing at the school is named for her.

Lindsay Crouse (@lindsaycrouse) is an editor and producer in Opinion who writes on gender, ambition and power. She produced the Op-Doc “The Queen of Basketball,” which is nominated for an Academy Award, as well as the Emmy-nominated Opinion Video series “Equal Play,” which brought widespread reform to women’s sports.

We Underestimated Putin Once. We Can’t Make That Mistake Again. 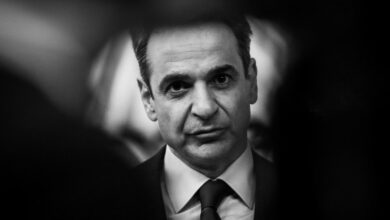 Can Liberalism Thrive Without a Wolf at the Door? 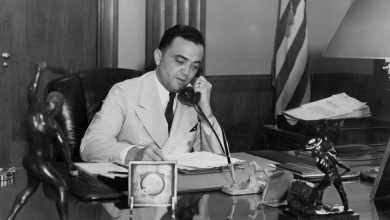