I strongly believe in therapy, the idea of talking things out, working them through, as a way of making it over.

A therapist once told me that I liked to keep my glass filled to the brim, but in so doing, there was no space for the extra and unexpected in life. When those things came, as they surely would, I would inevitably feel overwhelmed because my cup would always overflow.

His analysis was spot-on, and it has stayed with me.

And so I have adjusted in another way: I have learned not to bask in any adulation too fully or feel any pain too deeply. I have learned to keep my life as even and steady as I can, so that I can better survive it and also better enjoy it.

This is one reason the past few days have felt so otherworldly to me. On Monday, “Fire Shut Up in My Bones,” the opera composed by Terence Blanchard and based on my memoir of the same name, premiered at the Metropolitan Opera in New York. It was the first opera on that stage by a Black composer in the institution’s 138-year history.

Terence Blanchard, center, with the actors who play the five sons in “Fire Shut up in My Bones.”Credit…Jackie Molloy for The New York Times
An audience watching the opening night performance of ‘Fire Shut Up In My Bones’ streaming live in Times Square.Credit…Peter Foley/EPA, via Shutterstock

The buildup to the moment was frenetic. There was a tremendous amount of press. I was interviewed multiple times. And what the interviewers invariably wanted to know was how I felt about my life being presented on the stage.

I didn’t know how to answer that question, and I still don’t think I do. That may sound strange, but it is true. My coping mechanism kept me a bit distant from the building excitement, kept me from fully feeling it.

First, I am thrilled for the achievement of the creative team that translated my prose into performance. Theirs is a new piece of art, distinct from mine in many ways. As I told one interviewer, the person who designed the Campbell’s soup can should be very proud of their work. But they can’t really take credit for Andy Warhol’s interpretation of it.

So I accept and am honored by the idea of being an inspiration. But it was hard for me at times to see myself in the character on the stage, and that is a good thing. When I wrote the memoir, I had already dealt with my traumas. That is not to say that trauma doesn’t have a long tail, but rather that in my life, the tail had grown exceedingly thin.

For me, the writing was excavation, exhumation: digging up something buried.

It seems to me that the interviewers were asking a question which they wanted me to answer by saying: It’s wonderful, I’m so honored, I never thought this would happen.

All of that was true, I suppose, but I didn’t write the book to grab a spotlight. The cost is too high for many memoirs, especially mine, for you to do it simply for selfish reasons. Memoirs often strain families. Some, it tears apart.

My own family was not happy when the book was first published. My brothers and father have never spoken to me about it. My mother has, but she has never said the book’s title, instead preferring, “You know, that book you wrote.” None of them were at the Met for the premiere.

If you are going to write a book like mine, you have to have a great purpose and a greater mission. It has to be about you, because that’s what a memoir is, but it also has to be about much more than you.

I settled on a purpose while writing the book: I had suffered — from childhood sexual abuse and the questioning and shame in its wake — because I hadn’t had the language, skills and courage to better navigate what I had experienced. Now I had all three, chiefly the language.

I would give language to all the others who had suffered as I had. I would show them what it looked like to survive the pain, betrayal and isolation and come out on the other side.

At the dinner after the opera, a woman approached me, eyes wet with tears that had not yet gathered enough to fall, and told me, in a hushed tone that I could hear while those near me could not: Our upbringings are different, but I went through what you went through, and your words and your story gave me the words and courage to share it with my mother recently. The woman who approached me said that she had held on to her secret for 30 years.

These revelations to me have come more times that I could count since that book was published. And I am always jolted back into the reality that that was why I wrote it: as a service, as a tool, to help.

So if the question remains how I feel about my life being on the stage of the Met, I guess the answer must be that it feels like an opportunity to reach and help more people, and that is the thing that for me is the most rewarding and fulfilling.

Biden Shouldn’t Count on the Submarine Deal to Best China

What Happens When the Last Jew Leaves Afghanistan

Food, Fertilizer and the Future 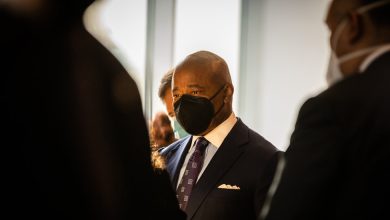 Moving Mentally Ill People Off the Streets of New York