“I blame Larry Nassar,” the Olympic gold medalist Simone Biles told assembled senators on Sept. 15, “but I also blame an entire system that enabled and perpetrated his abuse.”

Ms. Biles was one of four gymnastics champions who gave searing testimony about the F.B.I.’s gross mishandling of the investigation of Larry Nassar, a former gymnastics team doctor convicted on multiple counts of sexually abusing young women in his charge. A U.S. Department of Justice review, published by the Office of the Inspector General this July, found that F.B.I. agents delayed commencing an investigation, neglected to interview key witnesses and failed to notify state law enforcement officials. The F.B.I.’s inaction, the report noted, left Mr. Nassar free to continue working with girls and young women and thus to assault at least 70 athletes who might have been spared if federal agents had done their jobs.

Speaking before the Senate Judiciary Committee, the gymnast Aly Raisman testified that the F.B.I.’s conduct “was like serving innocent children up to a pedophile on a silver platter.”

I couldn’t watch their testimony live because, as the gymnasts testified, I was on the phone with an Arizona rape survivor, breaking the news to her that local prosecutors were refusing to file charges in her case, despite extensive corroborating evidence and a second victim reporting a similar assault by the same man. Prosecutors declined the case because they don’t believe my survivor will make a credible witness. Outrageously, they decided that she lacked credibility without ever speaking with her.

The negligence and misconduct in Mr. Nassar’s case are not isolated and are not confined to the F.B.I. Around the country, survivors who summon the strength to report their abuse and cooperate with an investigation all too often find that police and prosecutors fail to investigate their cases thoroughly or prosecute them conscientiously. This inflicts untold additional trauma on survivors and harms public safety, leaving predators at liberty to assault more victims. If U.S. Attorney General Merrick Garland wants to make amends for the F.B.I.’s egregious mishandling of Mr. Nassar, he should answer survivors’ calls to hold Mr. Nassar’s enablers accountable, but he must not stop there. Mr. Garland should mandate that the Justice Department investigate patterns and practices through which law enforcement persistently fails survivors of gender-based crimes.

As an attorney and advocate with a nonprofit that works to help sexual assault survivors navigate the criminal justice process, I witness this failure again and again and again. The survivors I serve have reported sexual assaults to law enforcement in states all around the country, only to find that investigators routinely fail to conduct proper victim interviews, to retrieve probative video footage, to interview crucial witnesses, to investigate the perpetrator’s background to see if he has committed similar crimes, to preserve relevant digital or paper records or to conduct other basic investigative steps. The cases are then declined by prosecutors on the grounds that there is not enough evidence, though those prosecutors rarely demand that police investigators or prosecutors’ in-house investigators go back and do the missing work.

In Chicago, survivors and advocates have demanded reform of a police department that failed to make arrests in an estimated 80 to 90 percent of sex crime cases from 2010 to 2019 and delayed making an arrest in the case of a child who was sexually assaulted multiple times, until public outcry prevailed. In New York City, survivors are decrying the handling of their cases by the New York Police Department’s sex crimes unit. Survivors have said that detectives in the unit have retraumatized them, and in 2019 the department left a serial rapist free to attack more women. In Austin, Texas; Houston; Memphis; San Francisco; and other cities, survivors have sued police departments in recent years for failing to investigate sexual assault cases with even minimal due diligence.

Even when police do investigate, prosecutors too often decline cases that mayseem challengingbecause the facts don’t comport with stereotypes about rape, sometimes despite solid evidence or multiple victims. The combined effect of police and prosecutor malfeasance is that, according to the Rape, Abuse & Incest National Network, in an estimated 975 in 1,000 sexual assaults in the United States, perpetrators go free. All too often, they assault again.

I witness the devastation this malfeasance inflicts. “Do they have a sense of the damage it does to a person?” the heartbroken Arizona survivor asked me after learning that prosecutors had rejected her case. “Do they care?” A New York survivor told me, “The way I was treated by police was worse than the rape itself.”

Some well-intentioned commentators have suggested that, given chronic police failures, survivors should give up on the criminal justice system and turn to therapy and restorative circles. This is not the answer. There are some crimes too serious, and some offenders too dangerous, for alternative justice. When the survivor wants or the crime demands a law enforcement response, it’s not too much to ask that it be a diligent and competent one. Sexual assault cases are not too inherently difficult to handle competently. Investing effort and resources in improving sexual assault investigations and prosecutions can lead to dramatically better results.

Mr. Garland can help by directing that all federal civil rights investigations of law enforcement patterns and practices examine how the agencies under review respond to survivors of sexual assault and other gender-based crimes. All three police departments currently under Justice Department review — in Minneapolis; Louisville, Ky.; and Phoenix — have serious histories of mishandling sexual assault cases and mistreating survivors. Yet to date, the Justice Department has not announced any intention to include these grave issues within the scope of its investigations. Mr. Garland should remedy this omission immediately.

Other police and prosecutor agencies require similar scrutiny. Sexual assault survivors in New York City recently sent a letter to Mr. Garland and others in the Justice Department, asking them to investigate the New York Police Department for, they say, mishandling their cases and mistreating them. He should act on their request, and he should open investigations in other cities evincing similar failures.

“It should not be a survivor’s burden to continually seek justice and demand an end to their nightmares,” observed Senator Dianne Feinstein at the hearing. “That’s the job of our law enforcement agencies.” Our top law enforcement department can lead the way by tackling head-on the biased, incompetent manner of responding to sexual assault that disgraced the F.B.I. in Mr. Nassar’s case, and that pervades too many police and prosecutor agencies around the country and that can be confronted and changed for the sake of survivors and us all.

Jane Manning is the director of the Women’s Equal Justice Project and a former sex crimes prosecutor. 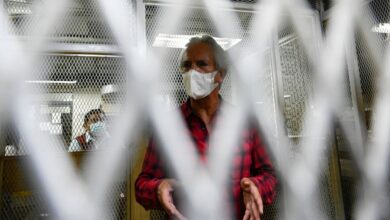 Guatemala’s Corrupt Officials Train Their Sights on the Press

Would Russia or China Help Us if We Were Invaded by Space Aliens?