Produced by ‘The Ezra Klein Show’

Over the course of Donald Trump’s presidency, the far-right fringe became a surprisingly visible and influential force in American politics. Eruptions of extremist violence — including the Unite the Right rally in Charlottesville, Va., in 2017 and the Jan. 6 Capitol insurrection — have made militant groups like the Proud Boys and conspiracy theories like QAnon into household names. On his popular cable news show, Tucker Carlson recently name-checked the “great replacement” conspiracy theory. And in a recent survey, nearly a third of Republicans agreed with the statement that “true American patriots may have to resort to violence in order to save our country.”

[You can listen to this episode of “The Ezra Klein Show” on Apple, Spotify, Google or wherever you get your podcasts.]

The historian Kathleen Belew has spent her career studying political violence and the once-fringe ideas that now animate even right-of-center politics and news media. She is a co-editor of “A Field Guide to White Supremacy” and the author of “Bring the War Home: The White Power Movement and Paramilitary America,” which tells the story of how groups — including the Ku Klux Klan, neo-Nazis and Aryan Nations — coalesced into a radical white-power movement after the Vietnam War. These groups were united by a core set of beliefs about the threats of demographic change and governmental overreach, perceived hostility toward white Americans and the necessity of extra-political, often violent, action to achieve their aims.

This is a conversation about how some of those ideas have seeped into mainstream Republican politics and what that could mean for the future of the party — and the country. It explores the radicalizing effects of Jan. 6, how irony and meme culture import far-right ideas into popular media, how warfare abroad can produce violence at home, why politics has started to feel apocalyptic across the spectrum, whether left-wing violence is as serious a threat as right-wing violence and more.

You can listen to the whole conversation by following “The Ezra Klein Show” on Apple, Spotify, Google or wherever you get your podcasts. View a list of book recommendations from our guests here.

This episode is guest-hosted by Nicole Hemmer, a historian whose work focuses on right-wing media and American politics. She is an associate research scholar with the Obama Presidency Oral History Project at Columbia University and the author of “Messengers of the Right: Conservative Media and the Transformation of American Politics.” You can follow her on Twitter @PastPunditry. (Learn more about the other guest hosts during Ezra’s parental leave here.) 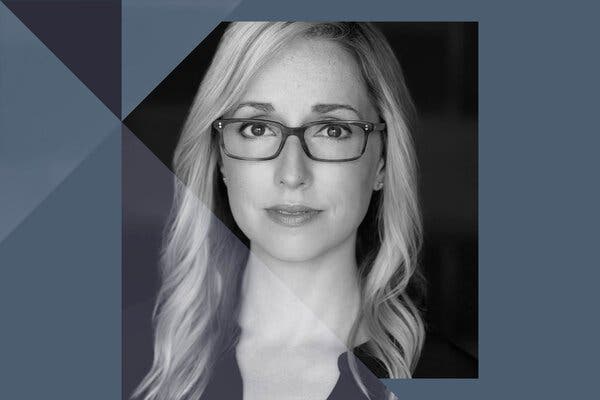 The Absurd Side of the Social Justice Industry

I Was Told I Have Career Advantages ‘as a Black Woman.’ Here’s How I Replied.