The Sweet Home Central School District serves about 3,000 K-12 students in the towns of Amherst and Tonawanda, N.Y., two suburbs on the north side of Buffalo. A little over two decades ago, Sweet Home was 88 percent white, 7 percent Black and 1.6 percent Hispanic. By the 2019-20 school year, white students made up only 62 percent of the students districtwide, while the Black and Hispanic populations increased to 20 percent and 5 percent, respectively.

These numbers barely begin to describe the changes in the area, however. A healthy portion of the students classified as white are from immigrant or refugee families from the Middle East. Arabic is the most common language spoken at home among the students in English language learner programs. (Starting around the turn of the century, Buffalo began supplementing its declining population with an influx of thousands of refugees from around the world. Many of these families were placed in suburbs or moved there over time.) Close to half of the students in the E.L.L. programs are Asian. More than 80 percent of the E.L.L. students in Sweet Home are classified as economically disadvantaged.

Sweet Home is the new reality of the American suburb, one that cuts against our preconceptions about the urban-suburban divide. “If asked to imagine suburban schools, a well-appointed classroom, engaged teachers, with mostly white, well-behaved children come to mind,” R. L’Heureux Lewis-McCoy, a sociology professor at N.Y.U., wrote in a 2017 paper, “Suburban Black Lives Matter.” “In popular American imagination, the city remains the site of social inequality, while the suburbs represent the location of the American dream.”

In some wealthy places, the prevailing image of the suburb as a safe haven with well-funded good schools free from the social ills that afflict city classrooms still holds true. But the vast majority of suburbs today look like Sweet Home. They reflect an increasing number of the stereotypes of urban education — immigrants, minorities and poor kids, all huddled together in the cafeteria alongside what we think of as more typical suburban children.

I will be writing pretty regularly about the suburbs in this newsletter, mostly because it feels as if our understanding of them has been frozen in time. We — or at least those of us who don’t live in places like north Buffalo, or Waltham, Mass., or outer San Antonio, where demographic change is a daily reality — still think of the suburbs as a safe haven for families who have fled the multicultural chaos of the city. But this just isn’t true. To understand class, race and inequality in America in 2021, it’s far more instructive to look at the suburbs not only because they portend the mix of cultures, ethnicities and incomes that will make up America’s demographic future but also because we know so little about them.

Let’s start with a handful of facts:

I want to focus on that last point: There’s been four times as much high-level, influential research published on city schools as on suburban and rural schools combined. Nearly every aspect of big metropolitan public school systems gets studied, dissected and hit with a raft of policy prescriptions. Not so much when it comes to the suburbs. “It appears that our scholarly focus on large city school districts has led us to miss the spaces where most of the demographic and educational change is occurring,” Diamond and Posey-Maddox wrote.

The demographic shifts at Sweet Home “were slow but accelerated rapidly in the last five years,” Corrie Stone-Johnson, an education professor at the University at Buffalo, told me. The speed of that change made it difficult for Sweet Home administrators and faculty members, to adjust to a new group of students, especially when it came to staffing and hiring crucial support like E.L.L. teachers or counselors.

Cities usually have a network of nonprofits and civic programs that help out families with food insecurity, transportation to and from school and learning English. These services are harder to find in inner-ring suburbs. “When refugee families resettle in Buffalo, there are numerous agencies and school services designed to support the transition to a new country,” Stone-Johnson said. “The suburban schools and surrounding communities do not have the same density of support services.”

Like many suburban school districts undergoing demographic change, the teaching staff at Sweet Home is far whiter than the student body. Robert Polino, the principal at Willow Ridge, one of Sweet Home’s elementary schools, said teachers at his school are constantly learning about how to bridge potential gaps in communication or cultural understanding, especially when it comes to refugee children who may have lived through intense trauma. This is a difficult process and is certainly prone to clumsiness and occasional recalcitrance, but according to him, teachers generally embrace cultural diversity. The more pressing challenge — at least before the Covid pandemic came along and topped every list of schooling concerns — is dealing with the increase in poverty in the district. In 1999 “we used to have 12 percent of kids qualify for free or reduced lunch,” he told me. “Right now we’re at 47 percent, which is way up from even when I got here in 2014. We were around 33 percent then.”

“A lot of our teachers went to middle-class schools and were taught there was a certain way to be successful,” Polino said. “Not many of our teachers grew up having to deal with poverty and the socioeconomic impacts that come with that.”

This, of course, does not mean that race doesn’t matter or matters less in the suburbs. Housing inequality, for example, has led to segregated schools within districts and an internal retrenchment of the idea that the white schools are the good schools and the minority schools are the bad ones. And even in diverse schools, there’s still a problem with internal segregation and the distribution of resources, as well as political resistance to integration or a curriculum that reflects the student body, which in some areas could even be the impetus for fights over critical race theory.

What it does mean is that suburban teachers face a broad range of problems that can all coexist at the same public school. Teachers in Sweet Home, for example, may have to deal with a traumatized Arabic-speaking child, a Burmese refugee and a Black student whose family recently moved into the district. The teachers may, as many do, embrace this challenge and see it as everything that’s right about the American public school system, but they might also go into their work with giant blind spots due to the lack of research, support and experience in the field.

Thousands of school districts in this country face a similar slate of problems. In the excellent book “The Resegregation of Suburban Schools,”Erica Frankenberg and Gary Orfield argue that “suburban school districts are feeling unsupported and unable to formulate a coherent response to the metropolitan demographic change.” They outline several issues that suburban schools now face, including a replication of “patterns of racial and economic segregation,” inadequately trained teaching staffs and political resistance.

They also offer something of a corrective or, perhaps, a call to their colleagues. In 2013, when the book was published, there was almost no research done on the rapid changes underway in the suburbs. Today, Frankenberg says that more people seem interested in the suburbs but that any improvement assumes a very low baseline. Part of what needed to be studied then and needs to be looked at today is how the binary ways in which Americans usually think about racial inequality in America — suburbs: rich and white; cities: poor and Black— might be incomplete, especially when it comes to finding solutions in suburban school districts around the country.

For years, the academy and the media have been fixated on the problem of Black-white equity in urban schools, which, in turn, has been the focus of think tanks, consulting firms and administrators that all approach that problem in pretty much every way possible. The unbalanced focus in both the academy and the media on urban schools has reduced the conversation around education to fights about selective high schools, achievement gaps and the role white parents can play in inner-city areas. This work is important and should continue, but it must be accompanied by a clearer look into what’s happening just a few miles up the road in the suburbs, where poor children from around the world go to school together, where similar inequalities persist and where support for those students often comes down to cash-strapped small school districts and local governments.

The pandemic led to a lot of theorizing about what, exactly, happens when schools go online and people start moving all over the country. Whether or not you fear the effects of haphazard openings, haphazard closings, fatigue with distance learning or not enough distance learning, I’m sure someone is arguing that it’s absolutely happening.

It’s too early to fully understand what has taken place over the past 18 months or how permanent these changes will be. Frankenberg, for her part, suspects that “suburban enrollments may have increased, particularly in places in which city districts were closed.” But she worries about the politics of this moment when everything seems to be in a state of upheaval and how the lack of attention given to suburban districts might end in increased segregation and even fewer services for students in need. “There’s more division because of the politics of the pandemic and racial justice organizing,” she said. “In this time of flux, will equity be a part of local school boards’ decision making — at a time in which local boards are under substantial pressure?” In small, fragile and diverse communities, even minor changes to school bus routes, for example, can lead to much larger effects on student demographics.

If we care about students leaving city districts because of the pandemic, we should also care about what happens to them in their new homes. And we should have an accurate vision of what the suburbs have become. “This static image of the city and suburbs does a disservice for understanding the relationship between the urban and suburban in the 21st century,” Lewis-McCoy wrote. “The reality is that spatial dynamics have been shifting and will continue to shift, which means the suburbs must be seen as sites of both potential and problems.”

Jay Caspian Kang (@jaycaspiankang) writes for Opinion and The New York Times Magazine. He is the author of the forthcoming “The Loneliest Americans.”

Adoptees Shouldn’t Have to Live in Fear of Being Deported

A Foul Play by Progressives Over Israel’s Iron Dome 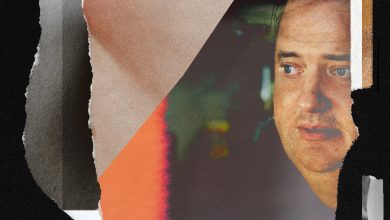 The Cruel Spectacle of ‘The Whale’

The I.R.S. Can Register Voters Just as Well as the D.M.V. Maybe Better.

A View From the Right on Progressives’ ‘Moral Crusade’