Precious few bills sitting up on Capitol Hill make it into law. Large, sprawling bills aimed at remaking chunks of American society require something close to a legislative miracle to beat the odds.

That cold truth is worth keeping in mind as Democrats run up against a series of deadlines — the first one hitting Monday — in what has become a complex, high-stakes effort to keep the federal government running, avoid defaulting on the national debt and push through a pair of giant, conjoined bills encompassing pretty much the entirety of President Biden’s domestic agenda.

As the clock ticks down, the clashes are growing fiercer between Democratic factions.

Progressive lawmakers like the reconciliation bill but not the bipartisan infrastructure one. Some are demanding that immigration reform be included as the price of their support.

One group of moderates doesn’t like the prescription-drug pricing plan. Another objects to certain tax provisions.

A sprinkling of Dems in both chambers are squeamish about the overall price tag, though it’s not clear what top-line number they would be cool with.

Don’t even get members started about how to pay for everything. Party leaders announced late last week that they had worked out a revenue “framework,” but their troops seemed to have no clue what they were talking about.

Republicans are jeering. Such is the privilege of the minority party. But they are also threatening a catastrophic debt default — again — which, as things stand, would also prompt a government shutdown.

Is this a do-or-die moment for Mr. Biden’s presidency? That’s a smidgen overwrought, especially so early in his term. That said, having charted this risky course, Democrats are under enormous pressure from themselves to deliver a significant legislative win. If they fail, they can look forward to a fresh wave of hand-wringing about whether the party has what it takes to govern. That’s a bad look heading into next year’s midterm elections.

This legislative drama is hitting as Mr. Biden’s job approval numbers are on the slide. Just when the president needs every member of his congressional team pulling together, many are feeling surly and suffering doubts about his leadership.

The tangle that Democratic leaders are confronting is in part of their own design. Take the shutdown showdown: Last week, House Democrats passed a stopgap funding bill to keep the government running until early December. Without an extension, a shutdown is on track for the end of this month. Getting the bill through the Senate should be a relatively simple matter. Neither party wants a shutdown in the midst of a pandemic. Except! The bill would also suspend the debt ceiling, the upper limit of how much debt the federal government can carry, and the Senate Republican leader, Mitch McConnell, has vowed to block any such effort.

Republicans don’t want to default on the debt any more than Democrats do. But Mr. McConnell wants to force Democrats to pass the measure on a strict party-line vote, to further his team’s story line that Democrats are reckless big spenders. This is a wildly dishonest argument, because the debt ceiling is about taking care of obligations that past Congresses already rang up.

So Speaker Nancy Pelosi attached the debt ceiling measure to the stopgap funding bill, daring Republicans to reject the whole enchilada, which would shut the government and prompt a debt default.

This is an absurd, unnecessary fight. As Senator Jon Tester, the Montana Democrat, fumed last week, “I can’t even compare it to anything I do on the farm that’s this stupid.”

There are solid arguments for doing away with the debt ceiling altogether. These days, it serves more as a partisan cudgel than a tool for fiscal discipline, and even flirting with default can make bad things happen — as in 2011, when Republicans’ game-playing got the country’s credit rating downgraded for the first time ever.

The second Mr. McConnell moved to engage in this game of chicken, Democrats should have dealt with the debt ceiling on their own, without wasting everyone’s time. Every minute spent on this mess is time better devoted to other priorities.

While the short-term stakes are lower, the battle over Mr. Biden’s agenda is what has Democrats and progressives really gnawing their nails. Democrats are desperate to show that government policy can be a force for good — and that they can deliver the goods. But when it comes to deciding the shape of policies, or the appropriate scale of government intervention, consensus is hard to come by inside the party’s big tent.

To please everyone in their party, Democratic leaders piled Mr. Biden’s agenda into two conjoined proposals: a bill focusing on traditional infrastructure and an everything-but-the-kitchen-sink package tackling issues ranging from climate change to health care and universal pre-K. The resulting package is breathtaking in its ambition. As one of my colleagues observed, it’s as if F.D.R. had tried to create his entire New Deal in a single shot, or L.B.J. his Great Society.

Who even tries something like this — especially with today’s polarized Congress?

Trying to keep the process on track has required elaborate contortions by Democratic leaders. Ms. Pelosi, for instance, had to promise moderates that the Senate-passed infrastructure bill would receive a vote on Sept. 27, which has arrived. But she also promised progressives that the infrastructure plan wouldn’t move ahead without the reconciliation bill — which still isn’t fully cooked. But progressives threatened to tank the infrastructure package if it came up for a vote without the bigger bill, prompting Ms. Pelosi to send her members a letter on Friday announcing that she intended to move both bills forward this week — even if the details aren’t quite hammered out.

In any given legislative negotiation, there are members with specific demands and concerns who eventually get wooed, or threatened, into line. But the terrain in this fight is extra tricky as deep divisions over the party’s core identity have surfaced and hardened, spotlighting the percolating struggle between moderates and progressives. Whichever side folds will lose credibility within the caucus, and the party. As bad as it is to be bested by the opposing team, it’s so much more humiliating to lose a family power struggle.

With the process threatening to collapse, the president launched a charm offensive last week. On Wednesday, he presided over a series of meetings with nearly two dozen lawmakers. First came leadership, then the moderates and finally the progressives. Even after all that talking, and all those chocolate chip cookies, it was unclear if he had made much real progress.

Still, this was the least the president could do, considering that Congress is playing the hand he dealt them. It was, after all, Mr. Biden who insisted on an infrastructure package that had bipartisan support, ticking off progressives and leading to the dual-bill system that’s giving everyone fits. Rather than use his bully pulpit to spotlight one or two issues — like, say, health care — he largely let Democratic lawmakers hash out their own priorities, Thunderdome style.

It has been an audacious gamble by the president. Voters elected Democrats to govern, but that doesn’t guarantee they’re capable of doing so.

Tallying the Cost of Growing Older

What America Can Learn From New York City 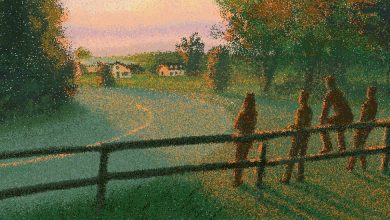 Even Your Political Enemies Deserve a Slice of Pie

The Ukraine War Still Holds Surprises. The Biggest May Be for Putin. 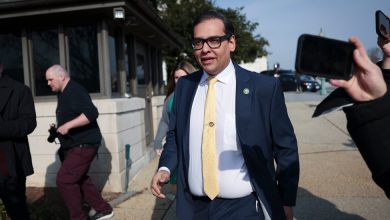