Everyone who paid attention during the Obama years knew that Republicans would also try to undermine Democratic presidencies. Some of the G.O.P.’s actions — notably, the efforts of governors like Ron DeSantis and Greg Abbott to prevent an effective response to a deadly pandemic — have shocked even the cynics. Still, a Republican attempt to make President Biden fail, no matter how much it hurt the rest of the country, was predictable.

More surprising, at least to me, has been the self-destructive behavior of Democratic centrists — a term I prefer to “moderates,” because it’s hard to see what’s moderate about demanding that Biden abandon highly popular policies like taxing corporations and reducing drug prices. At this point it seems all too possible that a handful of recalcitrant Democrats will blow up the whole Biden agenda — and yes, it’s the centrists who are throwing a tantrum, while the party’s progressives are acting like adults.

So what’s motivating the sabotage squad? Part of the answer, I’d argue, is that they have internalized decades of right-wing economic propaganda, that their gut reaction to any proposal to improve Americans’ lives is that it must be unworkable and unaffordable.

Of course, this isn’t the whole story. We certainly shouldn’t underrate the influence of money: Both wealthy donors and Big Pharma have been nakedly throwing their weight around. Nor should we discount the importance of simple innumeracy: $3.5 trillion sounds like a lot of money, and you shouldn’t assume politicians understand (or think constituents understand) that this is proposed spending over the course of a decade, not a single year. It would amount to little more than 1 percent of gross domestic product over that period and would still leave overall government spending far below its level in other wealthy democracies. It also ignores the fact that the true cost, after net savings and new revenue, would be much less than $3.5 trillion.

And some politicians seem to suffer from the misguided notion that only spending on “hard” infrastructure, like roads and bridges, counts as investing in the nation’s future. That is, they haven’t caught up with the growing body of evidence for high economic returns to spending on people — especially spending that lifts children out of poverty.

Still, I often find myself surprised to hear politicians and pundits who don’t consider themselves part of movement conservatism peddling economic narratives that are nothing more than right-wing propaganda but have been repeated so many times that many people who should know better accept them as established fact.

I frequently hear, for example, that runaway spending and budget deficits caused the stagflation of the 1970s. In reality, federal debt shrank as a share of G.D.P. over the course of that decade (only to soar under President Ronald Reagan). To the extent that we understand ’70s stagflation, it seems to have been caused by a combination of oil shocks and feckless monetary policy. Big government had nothing to do with it.

I also sometimes hear even centrists giving Reagan’s tax cuts credit for turning the U.S. economy around. The truth is that most Americans did worse in the decades after the Reagan tax cuts than in the corresponding previous period; the post-Reagan boom, such as it was, was limited to a small number of wealthy people.

Finally, it’s amazing how many people believe that European economies with high social spending are severely damaged by reduced incentives to work. It’s true that during the 1980s and 1990s much of the Continent seemed to suffer from “Eurosclerosis” — persistent high unemployment, even during periods of economic expansion. But that was a long time ago. These days generous welfare states often have better labor market performance than the United States.

Take the example of Denmark, which Fox Business at one point compared to Venezuela. Indeed, if there were any truth to right-wing dogma, Denmark should be an economic hellhole. It has vastly higher social spending than we do; two-thirds of its workers are union members, and those unions are so powerful that they forced McDonald’s to pay its workers $22 an hour.

But the reality is that working-age Danes are more likely than their American counterparts to have jobs. It’s true that real G.D.P. per capita is slightly lower in Denmark, but that’s mainly because Denmark, unlike the U.S., isn’t a no-vacation nation; the Danes actually do take some time off from work.

The point is that as far as I can tell, those troublesome Democratic centrists are blinded by an economic narrative that was deliberately created to block progress and justify vast inequality. So they imagine that the Biden agenda — which is a fairly modest effort to address our nation’s very real problems — is somehow irresponsible and a threat to the nation’s future.

I would urge them to reconsider their premises. Biden’s proposed spending isn’t irresponsible and wouldn’t hurt growth. On the contrary, it would be deeply irresponsible not to invest in people as well as concrete, and if you look at the evidence, rather than repeating right-wing dogma, you realize that Biden’s agenda is actually pro-growth.

A Foul Play by Progressives Over Israel’s Iron Dome 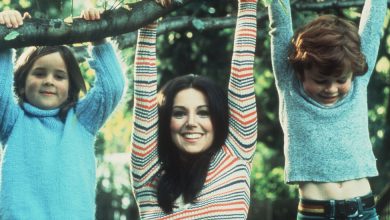 Free to Be You and Me. Or Not.

Witness to a Fire

We Need to Pay Attention to China’s Nuclear Buildup

How America Lost Its Edge