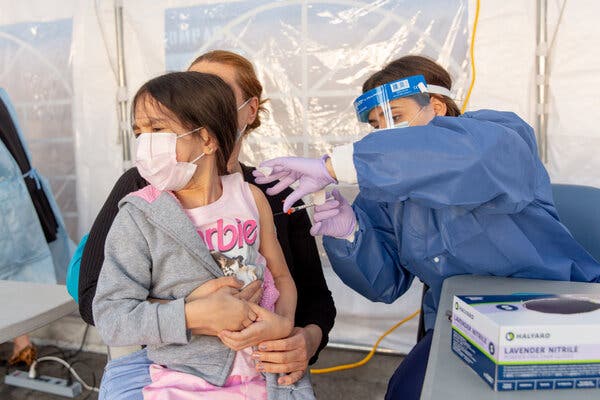 Amy Valenzuela gets her second Covid shot in Los Angeles, where vaccination rates are high.Credit…Allison Zaucha for The New York Times

I feel very lucky that I am not a parent of school-age children during this challenging time. I recognize the terrible cost of school years lost to remote learning, an approach that was created in a hurry and can never substitute for in-person relationships. At the same time, I am disturbed by the usual “blame the unions” commentary.

There have been issues with unions at times, of course, but they exist to support employees’ rights, and teachers in public schools have suffered the effects of a variety of ills for years. Underfunded education has led to crumbling school buildings, overcrowded classrooms, and too few supports for children and teachers in terms of nurses, social workers and so on.

During a pandemic, the least that should be expected of public schools is that the administration provide high-quality masks (meaning KN95s) to staff, improve ventilation by adding HEPA air filters to classrooms, provide regular testing for all, and not force teachers to work in overcrowded classrooms where Covid aerosols can quickly saturate the air. These measures are expensive but absolutely necessary to provide safety for all.

Many well-funded private schools around the country have managed to stay open because they have been able to provide these supports. What the unions are demanding is a healthier environment for all concerned.

Nancy Bruski
Evanston, Ill.
The writer is a clinical social worker and mental health consultant who frequently works with schools.

I’d like to share my experience as a Chicago Public Schools student during the recent Covid-19 surges.

Contrary to popular belief, my experience in high school has been anything but safe (even though I’m fully vaccinated). Going through a school day feels like walking through a minefield. Students don’t wear their masks. A large percentage of the students are unvaccinated. We are required to eat in the crowded, poorly ventilated basement cafeteria. And now I am being denied access to remote learning because I haven’t gotten sick with Covid yet. School is no safe place.

Chicago Public Schools leaders are fighting vigorously to keep schools open. However, if they really want schools to stay open safely, they need to start acting like it. We need masks, testing, vaccinations and hybrid-learning options. But above all, we need accurate information about what’s happening in our schools.

Please listen to students anywhere and everywhere — schools are for us, after all.

Why do so many public-school teachers accept the science that Covid is real and vaccines work but ignore the science that infection rates in schools are low and that Omicron is less virulent than earlier variants?

John Abeigon, the Newark Teachers Union president, is quoted as saying, “I’d see the entire city of Newark unemployed before I allowed one single teacher’s aide to die needlessly.” It’s this kind of burn-the-village-to-save-it extremism that will see the Democrats trounced in the midterm elections.

We are told that the safest place for children is in school. But we can’t ignore the issue of how they and their teachers get to school. Many are traveling on crowded buses and subways and may get infected with Covid well before they get into the classroom.

Parents across the country are facing impossible choices, between sending their kids to school with a highly contagious variant raging and testing protocols not fully rolled out, and keeping them home without good alternative learning options and employers increasingly weary of pandemic disruptions.

You write that some “unions’ demands echo the ones they have made for nearly two years,” despite “the reassuring knowledge that in-school transmission of the virus has been limited.”

As you point out, however, several nonunion charter networks switched to temporary remote learning in recent weeks, while in most unionized public schools, no such option existed.

Education, like health care, faces worrisome staff shortages. I wish the current debate would focus more on finding common-ground solutions that meet the uncertainty of the moment, including temporary remote options that could ease crowding in schools and hospitals, and less on blaming the people who dedicate their lives to educating and safeguarding our kids.

OK, I understand the concern of schools and teachers, but study after study has shown that we have not gotten remote learning right and our students are falling further and further behind. This is particularly true of the poor, who tend not to have jobs that allow work from home for the parents. If more schools now turn to remote learning, what are they supposed to do?

Nearly one in three United Airlines employees called in sick at Newark Liberty International Airport in one day over the holidays. But United and other airlines still serve drinks and snacks on domestic flights, and allow passengers to remove their masks while eating and drinking.

It makes no sense. Stop serving drinks and snacks, and require passengers to keep the masks on!

French Adventurer Dies Attempting to Row Solo Across the Atlantic

It Should Take More Than 10 Minutes to Evict Someone 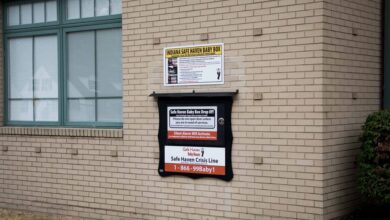 For the Sake of the World, Pride Must Find Its Politics Again