MUNICH — Before the pandemic, German car shows looked like this: Automakers competed to occupy the most floor space. Gleaming new models were unveiled to the accompaniment of cheesy light shows. Throngs of mostly male visitors ogled displays of the latest in horsepower and luxury from Wolfsburg, Munich and Stuttgart.

But the throngs had been thinning out even before the pandemic brought mass gatherings to a halt.

Europe’s first major car show in two years, which opened in Munich on Tuesday, looks like this: The latest models are being exhibited in outdoor plazas rather than expensive pavilions. Serious discussions on topics like autonomous driving have replaced light shows. And bicycles are on display. (Yes, bicycles.)

What used to be known as the Frankfurt International Motor Show has moved to Munich and been rebranded I.A.A. Mobility. All forms of transportation are now welcome, regardless of their propulsion methods. (I.A.A. stands for Internationale Automobil Ausstellung, or International Automobile Exhibition.)

The German Association of the Automotive Industry, which organizes the show every two years, is responding to changes in technologyas well as the increasing awareness among consumersthat a car’s throaty roar means it is spewing poisons into the air.

Conventional bicycles and e-bikes, including from brands like Cannondale and Pegasus, were displayed at the event, along with an off-road bike track.Credit…Felix Schmitt for The New York Times

This is an awkward moment for the auto industry. Carmakers still make most of their profit from vehicles that run on gasoline or diesel. But they are shifting almost all their money and energy to electric vehicles and autonomous driving software, and struggling to redefine themselves to fit the new technology.

All five of the new vehicles that Mercedes-Benz unveiled at the show are battery-powered. Volkswagen, once known for parading new cars before auto journalists on a big stage with pounding music, did not display any vehicles during a press event Sunday.

Instead, Volkswagen offered a nerd fest. Reporters split into small groups for discussions with Volkswagen executives about autonomous driving, battery technology and the company’s plan to reduce carbon dioxide emissions.

In years past, Volkswagen wowed visitors with surprise appearances by stars like Pink. This year the celebrity guest was Bryan Salesky, chief executive of Argo AI, an autonomous-driving company that is based in Pittsburgh and has partnerships with Volkswagen and Ford.

Instead of its usual splashy display of laser lights and booming music, Volkswagen offered talks by its executives about autonomous driving and battery technology.Credit…Felix Schmitt for The New York Times

Mr. Salesky and Herbert Diess, chief executive of Volkswagen, stood at a chest-high table, microphones in hand, and discussed why it’s so hard to make cars that can drive themselves.

“I think the world understands how complex this is,” Mr. Salesky said. “Our children will be working on it.”

“Sustainability” was the buzzword. BMW displayed a concept vehicle made entirely of recycled materials. But the carmakers still have work to do to convince everyone that they are serious about fighting climate change. Activists from Greenpeace held protests in front of the Volkswagen event and others, reminding people of the greenhouse gases released by most cars every day.

While Ferrari and Lamborghini, icons of horsepower and machismo, had no exhibits at the show, an entire hall was devoted to bicycles and e-bikes, including brands like Cannondale and Pegasus, as well as a pair of podlike, three-wheeled vehicles powered by pedals and small electric motors.

By moving displays of the latest vehicles to public plazas in Munich, organizers hoped to create a festival atmosphere and persuade a broader range of people to pay 20 euros, about $24, for a day ticket. The jury is still out on whether the new format will reverse declines in attendance that have afflicted virtually all major car shows in recent years.

The entry-level EQA 250 electric car from Mercedes-Benz. All five of the new vehicles introduced by Mercedes at the show are battery-powered.Credit…Felix Schmitt for The New York Times

For industry insiders, who account for a big share of visitors, I.A.A. Mobility also featured a Davos-like “summit” that on Wednesday included panel discussions with titles like “Manage Your Electrified Fleet,” “Decarbonizing the Automotive Supply Chain” and “Challenge of the Christian Worldview in the Age of Digitalization.”

Axel Schmidt, the head of the automotive division at the consulting firm Accenture, said he thought that a new format was overdue and that organizers were on the right track. But he wasn’t sure whether it would work.

The beginning of the end is a distinct possibility. Many of the vast exhibition halls at the Messe Munich, the city’s fairgrounds, were vacant as companies including Stellantis — the maker of Fiat, Peugeot and Jeep vehicles — declined to rent space.

All carmakers are under financial pressure. A shortage of semiconductors has led to surging car prices, which have deflated sales to well below prepandemic levels. But sales of electric vehicles are rising.

And just as the pandemic has led many people to question their routines and values, it has also prompted auto executives to question traditions as venerable as the car show. The Geneva International Motor Show, once one of the major events on the industry calendar, has not been held since 2019, although organizers have said it will resume next year.

The North American International Auto Show, the most prominent car show in the United States, is also adapting this year, moving from its usual venue in Detroit to M1 Concourse, a racetrack in Pontiac, Mich. The event, called Motor Bella, will offer visitors the chance to ride in high-performance sports cars or bump around an off-road course, as well as view more traditional exhibits by the carmakers.

“This is not the future anymore,” Thomas Ingenlath, a German car designer who is chief executive of Polestar, an electric carmaker owned by Geely of China, said at the company’s medium-size pavilion. “This enclosed environment is a thing of the past.”

“Being in Munich and really being more like a festival is so much better,” said Thomas Ingenlath, chief executive of Polestar.Credit…Felix Schmitt for The New York Times

Munich’s elegant outdoor plazas were a draw for Polestar, which had a display at the show. “That’s the main thing,” Mr. Ingenlath said. “Being in Munich and really being more like a festival is so much better.”

Automakers had already been decoupling from industry exhibitions and looking for new ways to speak to potential buyers, and the pandemic accelerated the trend. Volkswagen’s “Power Day” in March, when the company outlined its battery strategy for electric vehicles, attracted five million online viewers, including two million from China.

Mercedes staged an extravaganza Sunday evening that honored many car show traditions, including gyrating, colored spotlights; giant video displays; and a star cameo, by Debby van Dooren, an R&B singer in Munich who goes by the name Devado. But the event was aimed at least as much at online viewers, who could watch live, as at the auto journalists who devoured the free hors d’oeuvres.

If there is any hope for car shows, it may come from the companies springing up to supply the growing number of electric cars.

One example is Wallbox, a Spanish company that makes chargers for homes and public charging stations. In June, Wallbox announced that it would merge with Kensington Capital Acquisition, a special purpose acquisition company, or SPAC, in a deal that values the company at $1.5 billion.

Enric Asunción and Eduard Casteñeda, founders of Wallbox, were at their stand in Munich on Monday showing their latest products, including a device that they said can fully recharge an electric car in 15 minutes.

“We have reached a tipping point,” Mr. Asunción said. “Now as a global leader is the time we need to be here.”

Criminal charges are filed against PG&E in a fatal California wildfire.

Why American Mask Makers Are Going Out of Business

The Era of Cheap and Plenty May Be Ending

6 takeaways from the U.N. climate conference 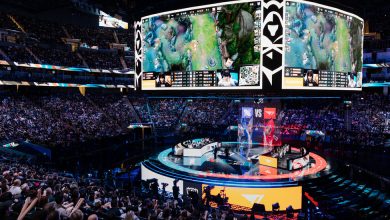 The Excitement Around E-Sports Is Growing. But Where Are the Profits?