The hottest ride on Wall Street right now is the humble used car.

The cost of clunkers and dealership trade-ins has suddenly become market-moving information, with analysts, economists and traders fixating on an obscure indicator called the Manheim Used Vehicle Value Index.

The Manheim index provides a monthly update on the prices of used cars sold in wholesale auctions. And with the used car market booming partly because of a chip shortage for new vehicles, the index offers crucial information for investors trying to answer an important question: What’s happening with inflation?

Over the last year, consumer prices have risen more than 5 percent, the fastest pace in more than a decade. This is an important consideration for virtually everyone on Wall Street. High inflation is a major threat for bond investors, because over time it erodes the real-world return of the regular interest payments they receive. Inflation also matters to stock market investors because, historically, it has prompted the Federal Reserve to increase rates, which can send shares tumbling.

“People had a preference for private transportation rather than public during the pandemic,” said Phoebe White, an analyst at J.P. Morgan covering the bond market. “There was sort of this exodus out of cities. So there was more of a need for cars.”

But new car production has been constrained. Factories ground to a near halt last year to keep autoworkers, who perform their tasks in close quarters, from contracting the coronavirus. And limited supplies of computer chips, a result of similar shutdowns at electronics plants, have prevented carmakers from returning to normal production this year.

Used car prices typically aren’t a big factor in inflation, but the big jump changed that. Analysts knew that if they could somehow predict where used car prices would be in a few months, it would give them a good sense of how high inflation would be.

“This one component, which has contributed so much to overall inflation in the first half of the year, how far and how fast is it going to come down?” said Brett Ryan, an economist at Deutsche Bank, who now watches used car prices closely each month. “Manheim is your best guide.”

Manheim, which takes its name from the Pennsylvania town where the company got its start, has long been a division of Cox Enterprises, a privately held conglomerate based in Atlanta. It operates roughly 80 wholesale auction sites across the country, where dealers, rental agencies and companies that maintain vast vehicle fleets meet to buy and sell more than five million cars each year.

Matt Carrick auctioning off a used vehicle at the Michigan site, one of about 80 that Manheim operates.Credit…Sarah Rice for The New York Times

Data from each of those sales is distilled into an average, with some adjustments made to smooth out any idiosyncrasies in the mix of cars sold in a given month. (Otherwise, cars unloaded by a Mercedes-Benz dealer, for instance, or a major rental company could skew the number.)

The attribute of the Manheim index that analysts adore is that it captures the wholesale prices that dealers pay, which typically determine what consumers are charged a couple of months later. That makes Manheim a leading indicator of consumer prices, usually offering a two- or three-month jump on the numbers that show up in the Consumer Price Index.

But Manheim’s prices started to rise more slowly, and then fell. In June, they dropped 1.3 percent. Like clockwork, consumer prices declined 1.5 percent two months later. Manheim prices have continued to fall, suggesting further drops will continue to come for consumers.

The index has been published since 1997, but it has never gotten as much attention as it has this year, said Jonathan Smoke, chief economist for Cox Automotive, the unit that owns the auction business.

“I’ve had my own share of economist colleagues in other industries kind of constantly reaching out and asking me for insights on how the Manheim Index is performing,” Mr. Smoke said. “So I’m certainly seeing interest by a broader set of people than what we traditionally have.”

While Wall Street’s infatuation with used car pricing is new, it’s normal that financial events send analysts scrambling to examine data that many had probably never heard of previously.

During the financial crisis of 2007 and 2008, all eyes were suddenly locked on a series of so-called ABX indexes, which tracked the price of default insurance on packages of risky mortgages. These indexes plunged as investors suddenly realized a giant share of these couldn’t be repaid.

When the European debt crisis began in 2010, researchers became riveted to a once-obscure set of numbers produced by the European Central Bank, known as Target 2 data. These numbers tracked the balance of loans and debts among European central banks, and provided a shorthand way to assess how much money was fleeing the banking systems of heavily indebted countries such as Greece.

The chief economist of Cox Automotive, which owns the business behind the Manheim Used Vehicle Value Index, said he was “certainly seeing interest by a broader set of people than what we traditionally have.”Credit…Sarah Rice for The New York Times

Similarly, when the pandemic started, financial researchers suddenly familiarized themselves with the metrics that enabled them to track the pace at which the virus was spreading, often known as the R number, as they assessed the prospects for economic disruption.

Even with the Manheim index pointing to a slowdown in inflation, there are still some reasons to think car prices could stay elevated over the next few months. Flooding from Hurricane Ida damaged an estimated 200,000 cars from Louisiana to New York, according to Carfax. That could make used car supplies even tighter while pushing new buyers into the market.

And the chip shortage continues to trip up production plans: Toyota, Ford Motor and General Motors have all announced plant shutdowns or production cuts in the past month.

But over the longer term, the key question that economists now have about car prices is how much they could fall — and reverse the direction they’re pushing inflation.

“Next year, if we’re seeing used car prices reverse all the way back, we’re going to be talking about an outsized downside influence that used car prices might be having,” said Mr. Rosener of Morgan Stanley. “That’s where you’re going to have continued prominence of data like Manheim.”

Sydney plans to start leaving its lockdown in October.

Film at 11: How a Minnesota Station Found Old Footage of a Very Young Prince 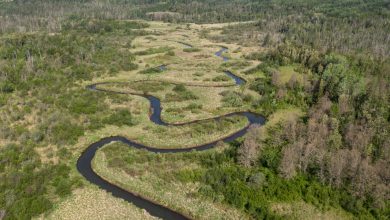