In 1979, two journalists got into an argument. More than four decades later, they haven’t settled it.

The subject of their disagreement was journalistic “objectivity,” a notion that goes back at least to the 1920s, when some of the more high-minded newspapers and magazines were trying to distinguish themselves from the scandal sheets and publications led by partisan and sometimes warmongering publishers.

In one corner, Alan Berger. In 1979, he was a 41-year-old media columnist for the Real Paper, an alternative weekly that had emerged from a rift at its predecessor, Boston Phoenix. Before he started watch-dogging the press, Mr. Berger had grown up in the Bronx, attended Harvard University and taught a class at M.I.T., in French, on the poet Charles Baudelaire.

His target in the debate over objectivity — which has come roaring back to life in the political storminess of recent years — was Tom Palmer. Back then, Mr. Palmer was a 31-year-old assistant national editor of The Boston Globe, meaning he belonged to the establishment and was thus a ripe target for the Real Paper. Mr. Palmer had grown up in a newspaper family in Kansas City, but dreamed of being a farmer before he struggled in organic chemistry and ended up in his father’s trade.

The particular topic of Mr. Berger’s column, which ran on April 21, 1979, with a teaser on the Real Paper’s front page, was how the media was covering the nuclear accident at Three Mile Island. The underlying subject was something larger — the debate, within the news media industry, over when and whether reporters should tell readers what they really think about the issues and events they are writing about. To make his point, Mr. Berger went after Mr. Palmer by name, describing him as “thoughtful, honest, and entirely conventional.”

Mr. Berger wrote that he was particularly struck by something the Globe editor had told him in defense of the paper’s coverage of Three Mile Island: that it was his job “to not make the situation sound any worse than it was.”

In a recent interview, Mr. Berger recalled that his view of the issue was influenced by the news media’s deferential coverage of the Vietnam War. The “excessive fealty to its own traditional notions of balance and objectivity,” he wrote in his column, had actually distorted reality — and Mr. Palmer’s earnest dedication to the old values, Mr. Berger wrote, was exactly what was so dangerous about him.

“By the end of this millennium, the objectivity of some very decent people in the media will make them, too, look like irresponsible fanatics,” the columnist wrote of Mr. Palmer and others like him.

The particulars have changed in the decades since, but much of Mr. Berger’s column could have been written yesterday. (And alt-weeklies did prefigure the style and tone of online journalism.) The rise of Donald Trump, and the media’s growing realization that a studied neutrality often conceals a single, dominant perspective has shaken many of the industry’s traditional assumptions.

A diverse new generation of reporters has sought to dismantle the old order, and much of the conflict was playing out, in recent years, at The Washington Post, whose top editor at the time, Martin Baron, had won Pulitzers and challenged presidents by making use of the traditional tools of newspaper journalism. But Mr. Baron also bridled at his employees expressing opinions on Twitter about the subjects they covered.

His former protégé, the national correspondent Wesley Lowery, argued in a widely circulated New York Times opinion essay that objectivity mirrored the worldview of white reporters and editors, whose “selective truths have been calibrated to avoid offending the sensibilities of white readers.” Mr. Lowery, who ended up leaving The Post for CBS News, suggested that news organizations “abandon the appearance of objectivity as the aspirational journalistic standard, and for reporters instead to focus on being fair and telling the truth, as best as one can, based on the given context and available facts.”

That same argument has found an embrace at some of America’s leading journalism schools, as well.

“We focus on fairness and fact-checking and accuracy, and we don’t try to suggest to our students that opinions they have should be hidden ,” said Sarah Bartlett, the dean of the City University of New York Craig Newmark Graduate School of Journalism. “We embrace transparency.”

Steve Coll, her counterpart at Columbia, who announced on Thursday that he was stepping down in June after nine years as dean, said that Columbia Journalism School tries to teach fairness and intellectual honesty — adding that the old way of thinking has morphed into something new. “The church is gone, and there’s no orthodoxy left,” he said. “There’s many journalisms, and that’s kind of liberating.”

Much of the shift has to do with the changing nature of the news business, and the decline of local newspapers, whose business often depended on taking an establishment position. The internet has also blurred for readers the lines between news and opinion, which were clear in a print newspaper.

Tom Palmer, a former editor and reporter at The Boston Globe, said the arguments against objectivity “were dead wrong back then and I believe are dead wrong even more so today.”Credit…Kayana Szymczak for The New York Times

The Globe’s liberal opinion page, in fact, hired Mr. Berger in 1982, a few years after he scolded Mr. Palmer. The two men sometimes sat down to lunch together in the cafeteria on the Globe’s top floor. The room had a view of downtown and, in those glory days of newspapers, was the frequent site of Olympian debates over the role of the press, another colleague, the columnist Ellen Goodman, recalled.

Both men had the sort of long, varied careers that used to be common at big metro newspapers. Mr. Berger wrote editorials about foreign policy and a column about the foreign media before retiring in 2011. Mr. Palmer toggled between editing and reporting, covering the fall of the Berlin Wall (he brought back a chunk of it for Ms. Goodman) and the notorious Boston traffic project known as the Big Dig before a new editor, Mr. Baron, moved him to his final beat, real estate. He left The Globe in 2008 and went into public relations.

Mr. Palmer also never quite let the argument go. He appointed himself a kind of genial in-house watchdog at The Globe, eventually known for his persistent emails to reporters and editors he thought had allowed their liberal views to infiltrate their copy. He still sends a lot of emails, including to me. When he sent me Mr. Berger’s old column, it stuck with me, because it felt so utterly contemporary.

Needless to say, he remains unpersuaded by the arguments against his cherished ideal. They “were dead wrong back then,” he emailed me, “and I believe are dead wrong even more so today.”

“Journalists are simply not smart enough and educated enough to change the world,” he continued. “They should damn well just inform the public to the best of their abilities and let the public decide.”

He also said, ruefully, that he believed his side was losing. The notion of objectivity “was declining before Trump, and that era removed it from the table completely,” he wrote. “I have doubts it will ever come back.”

Mr. Berger, in an interview, allowed that he had “to some extent” won the argument. Mr. Palmer’s conventional position, in the Trump era, “begins to look like a radical view,” he said.

This decades-long argument doesn’t fit neatly onto some of the most important questions of the moment, the ones faced by the journalists who won the Nobel Peace Prize this past week, Maria Ressa of the Philippines and Dmitry Muratov of Russia. They have been persecuted, at heart, not because their governments don’t like their style of journalism, but because their governments won’t tolerate the notion of independent, truth-seeking journalism.

The original idea around the much-misused notion of objectivity, when it was introduced in the 1920s, had to do with making journalism “scientific” — that is, with the idea that reporters could test hypotheses against reality and prove their claims right. In the most generous interpretation, it was about establishing a shared public space in which facts could be arbitrated and knowing that you could also be wrong.

Indeed, one of the easiest ways to know whether you can trust a journalist, I’ve always found, is to check whether the person is capable of admitting they’ve been wrong — something that applies to just-the-facts newspaper editors and moralizing columnists alike. People love to mock corrections, but they’re actually a badge of integrity.

Which brings me back to Mr. Berger’s 1979 column. Its headline, which would have done well on Twitter had it existed then, was “How the Press Blew Three Mile Island.” Its thrust was that the journalists — “privately anti-nuke,” he wrote — were keeping from their readers their own view that nuclear power was too dangerous to use.

He quoted Mr. Palmer saying that “it’s not clear yet who is right” on the big policy questions around nuclear power.

“If not now, when?” Mr. Berger asked. “Does there have to be a body count in this war, too?” That line, so soon after Vietnam, stung.

The arguments about journalistic objectivity won’t be resolved any time soon, and you can look forward to my final column in 2061 featuring Mr. Baron (107) and Mr. Lowery (71). But in the 1970s and 1980s, Mr. Berger’s side won the battle over nuclear power. The American nuclear industry never recovered from Three Mile Island, as political factors slowed and then largely stopped the construction of new reactors. It was a liberal triumph of the 1970s that is largely forgotten today.

And yet: Mr. Berger now believes he was wrong about that. The American left of that era hadn’t understood the risks of carbon emissions.

“You have to re-evaluate all values, because you have to see all the particular questions in light of the danger of drastic climate change,” he told me. Nuclear power, whatever its dangers, doesn’t emit carbon.

And journalists, whichever sect we belong to, should keep in mind our potential to get it wrong.

They Were Promised a New Home. Then They Tried to Escape It. 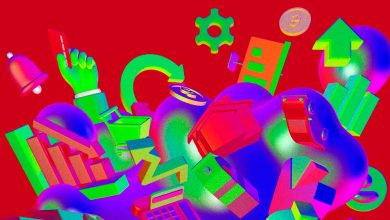 Trust the Models? In This Economy?