TikTok has a bit of an advertising problem.

Homemade videos that function more or less like commercials have received hundreds of millions of views on the app — and in many of those cases, TikTok hasn’t seen a dime.

In June, the singer Walker Hayes posted a video of himself dancing with his daughter to “Fancy Like,” his country pop song that prominently name checks the restaurant chain Applebee’s. The clip inspired copycat videos, one of which included the basketball star Shaquille O’Neal outside an Applebee’s, and it led to an Applebee’s television campaign featuring the song.

Last year, Nathan Apodaca, a TikTok user who posts as 420doggface208, went viral with a clip showing him easing down the road on a skateboard while swigging from a jug of Ocean Spray Cran-Raspberry juice to the strains of Fleetwood Mac’s “Dreams.” That video racked up more than 80 million views and also inspired copycats, including one by the Fleetwood Mac co-founder Mick Fleetwood. Ocean Spray showed its gratitude to Mr. Apodaca by sending him a cranberry-red pickup truck filled with jugs of Ocean Spray.

On Tuesday, at its inaugural TikTok World virtual event, which was open to the public but aimed at the marketing industry, company executives announced new initiatives meant to persuade companies and ad agencies to buy space on the app. As part of the plan, TikTok said it was introducing an automated system that would act as a kind of matchmaker, bringing together advertisers and content creators like Mr. Hayes and Mr. Apodaca and giving TikTok a better opportunity to reap the financial rewards of its marketing might.

TikTok officially opened itself to paid ads more than a year ago, but many companies have remained wary. At Tuesday’s event, TikTok executives and content creators discussed how the company plans to make its growing ad platform safer, smoother and more expansive.

In response to one of the advertising industry’s biggest fears — ads appearing next to unsavory content — TikTok will start analyzing videos, audio clips and text for risk, executives said, using technology and content moderators.

Some features announced on Tuesday will try to promote TikTok as a shopping hub. In addition to an arrangement with Shopify allowing users to shop directly in the app, TikTok will start working with companies such as the payment services provider Square, the website builder Wix and the online store management system OpenCart.

TikTok is also hoping to become a shopping hub, partnering with Shopify, Square, Wix and OpenCart.Credit…TikTok

TikTok will also introduce features that companies can use to control whom they target with ads and how often those users see the ads. The new tools will also give ad executives a better idea of how many people are likely to see their ads, allowing them to better gauge how far their budgets will go on TikTok, said Jiayi Cao, who heads TikTok’s product strategy.

“It’s an old technology on a new medium, and it’ll be interesting for the traditional agencies of the world to embrace,” he said.

TikTok has been popular in the United States for less than five years, but it has spawned a cultural economy that includes coalitions of influencers, marketing agencies dedicated solely to the platform and, the company said this week, more than a billion monthly users around the world.

Without the app, the musician Lil Nas X would probably not be a Grammy winner ascending the Met Gala steps in golden armor. Leggings would not be flying off the shelves, and trend-watchers would not struggle to decode what the “cheugy” aesthetic really means.

This year, the share of people who were exposed to ads on TikTok nearly doubled, to 37 percent from 19 percent last year, according to the research firm Kantar, which surveyed more than 14,500 people in 23 regions. The platform was considered to have the most entertaining ads — but more people complained that they were encountering too many of them on the app.

“We don’t want to interrupt the experience,” said Blake Chandlee, TikTok’s president of global business solutions. “We want users to look at an ad and go, ‘That was amazing,’ not, ‘I watched that because it was in my feed.’”

When Mr. Chandlee joined TikTok in 2019 after more than a decade at Facebook, the app had only a few dozen advertisers. Partway through the pandemic, TikTok became a serious competitor to television and other platforms, he said. Now it has hundreds of thousands of advertisers, he said.

Advertising is responsible for the “lion’s share” of TikTok’s revenue, Mr. Chandlee said, adding that the company is also testing subscriptions and tipping. And yet TikTok draws less than $1.3 billion in annual ad sales in the U.S., compared with $2.2 billion for Twitter, $2.6 billion for LinkedIn and $48 billion for Facebook and Instagram, according to the research firm eMarketer.

Half of major brands, including Nestle and Audi, have no TikTok presence, according to a recent review of 300 companies by the research group WARC. TikTok is the least trusted major social media platform, behind Instagram, YouTube, Google and Facebook, although trust is growing, according to Kantar’s survey of more than 900 marketing professionals.

Some companies cite a hangover from TikTok’s tussle with the Trump administration in late 2020 over security and censorship concerns involving its owner, the Chinese company ByteDance. Others say they worry that the Chinese government could start cracking down on the app, just as it recently imposed limits on video games.

There are concerns about TikTok driving young viewers to dangerous content, as well as lingering wariness over the company’s record on privacy. TikTok has sparked wholesome crazes involving sorority fashion,but it also has set off vandalism sprees and food fads with negative side effects.

Marketing success has also been fickle on the platform. Even TikTok once joked about companies waiting for their videos to go viral on the app, using the meme of Bernie Sanders looking grumpy.

“A lot of this virality is coming from users sharing with other users,” said Jeremy Yang, an assistant professor at Harvard Business School who researched TikTok while a doctoral candidate at the Massachusetts Institute of Technology. “You’re more likely to share posts from an influencer with a friend than an ad posted by a company.”

Those companies are still figuring out how to appear on TikTok, said Jordan Fox, the head of the Laundry Service ad agency.

“Although the tools are much better now than they were 12 months ago, they are still evolving, and the same is probably true for reporting and data,” he said. “That’s not a reason to not be present on that platform, but it’s a reason to be thoughtful about budget allocation on that platform versus others.”

Laundry Service now has a small but growing team focusing on TikTok marketing, Mr. Fox added, and its clients are hoping to appeal to the young people who are on the app every day.

“You can’t ignore the place where the audience you want to communicate with the most is spending most of their time,” he said.

This Is No Way to End a Pandemic

China and Evergrande Ascended Together. Now One Is About to Fall. 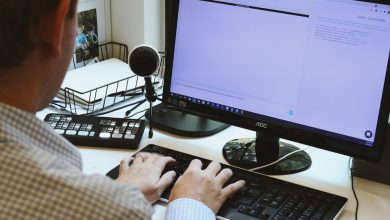 Lawsuit Takes Aim at the Way A.I. Is Built

Ozy Built a TV Show on a False Claim, Says Its Former Producer

Sheila Rayam Is Named Executive Editor of The Buffalo News

A Russian Default is Looming. A Bitter Fight Is Likely to Follow.