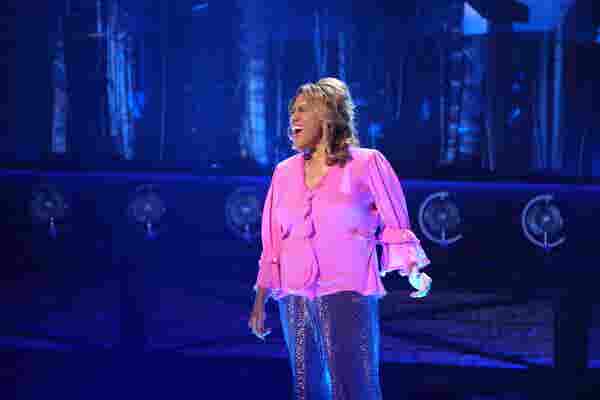 Jennifer Holliday performing “And I Am Telling You I’m Not Going,” from “Dreamgirls,” at the 74th Tony Awards.Credit…Sara Krulwich/The New York Times

There were lots of great numbers during the first half of the Tonys, and even a few in the second half. But no one else did what Holliday did when she planted herself center stage and let rip with “And I Am Telling You I’m Not Going.” It’s not just that she sings her signature song like no one ever sang anything. It’s that the singing is secondary, merely the outward expression of something much larger within her. Musical theater at its best delivers the human soul, in joy or agony or confidence or shame, to an audience willing to receive it; it’s a communion. For a few minutes, 40 years after she first bowled us over, she did it again, in joy, agony, confidence and shame. JESSE GREEN

Best: A Red Carpet With Heart

As red carpets go, the one at the Tony Awards is often defined by what it doesn’t have: an hour of commentary from E!, high fashion affiliations and monthslong angst about who will wear which designer. But what it lacks in commercialization, it makes up for in heart, especially this year, with Broadway having just reopened after the devastation of the pandemic shutdowns. Instead of action heroes in penguin suits, you get David Byrne in a royal blue get-up, no tie and white brogues. And wherever the golden-boy Jeremy O. Harris goes, the carpets sparkle a little brighter. STELLA BUGBEE

Sonya Tayeh’s striking goth-goddess look at Sunday night’s Tonys — a shiny black tux with a cummerbund and no blouse; sleek hip-length black hair on one half of her head, the other half shaved; large, shimmering hoops and a lip piercing — would have been enough to land her on any list of bests. But it was her moving acceptance speech for best choreography, for “Moulin Rouge! The Musical,” that shook me. Delivered so calmly and thoughtfully, it shifted the energy of the room. Tayeh, 44, said: “As a brown, queer, Arab American woman, I wasn’t always welcomed. It takes graceful hands to lead people like me to the door.” Her mother is Lebanese; her Palestinian father, who was not part of her upbringing, died when she was young. “It’s been 10 years since a woman has won this award,” she continued. “Though I’m honored to be part of this legacy, this legacy is too small.” MAYA SALAM

In an industry that is constantly working on — and scrutinized for — its level of accessibility, why are they making it harder for audiences to watch the vast majority of awards? All but three honors were given exclusively on Paramount+, not to mention some of the best performances of the evening. I have internet access and the bare-minimum streaming savvy to sign up (and to cancel my free trial at the end of the week), but plenty of interested theater fans don’t. Paramount+ also lacks the ability to rewind and pause its stream — how else am I supposed to go back to the beginning of Jennifer Holliday’s stunning performance and watch it ad nauseam? NANCY COLEMAN

Lois Smith has done something no one else who has spent nine decades on this planet has achieved: Won a Tony Award for acting. Smith, who won best featured actress in a play for her role in “The Inheritance,” gave a sweet shout-out to “Howards End,” the E.M. Forster book on which the play is based, naming it her favorite novel. And then she quoted the novel’s famous two-word message, an apt one for live theater’s return: “Only connect.” SARAH BAHR

Performance by the cast of “Moulin Rouge! The Musical.”Credit…Sara Krulwich/The New York Times

I saw “Moulin Rouge! The Musical” — roughly a thousand years ago, if my math is right — and felt a bit of a sensory overload by the end. Tony viewers got a glimpse of it in the cast’s performance: Multiply those vibrant skirts, high kicks and brisk pop numbers by a couple of acts and an intermission, and you’ve got one of the most aggressively energetic musicals in recent Broadway history. I enjoyed it then, but Sunday’s effort — prerecorded at the Al Hirschfeld Theater, the show’s home base — felt like the musical had finally found the perfect setting. Watching any theatrical work from behind a screen can dim its intensity, and perhaps the initial vibe could use a bit of dimming. But what better time is there to revel in the adrenaline rush, and the vivacity, of going to the theater? Everything about “Moulin Rouge!” — or, at least, the upbeat parts performed on Sunday night — is brimming with celebration. It’s exactly the kind of splashy abundance we’ve so missed this past year and a half. NANCY COLEMAN

In the second half, Leslie Odom Jr. and Josh Groban did a comedy bit.Credit…Sara Krulwich/The New York Times

The successful first half of the double broadcast fooled me into thinking the show’s writers and producers had at last seen the error of their past ways. There were no cute introductions, no fake patter, no pyrotechnical chyron curlicues, just sincerity, warmth and professionalism, modeled by Audra McDonald as the host. Then the second half arrived, reneging on the promise of the first. By the time its host, Leslie Odom, Jr., engaged Josh Groban in a hoary comedy bit — Odom lured the supposedly surprised Groban to the stage to perform an “impromptu” tribute to theater educators — you knew that the show had turned its back on the intelligence of theater it was meant to honor. There was nowhere to go but down. JESSE GREEN

Best: Chenoweth and Menzel, On One Stage

The roof of the Winter Garden Theater was just barely still attached after Jennifer Holliday’s searing rendition of “And I Am Telling You I’m Not Going,” but Kristin Chenoweth and Idina Menzel’s “Wicked” reunion once again threatened to blow it off. The actresses, who originated the roles of Glinda and Elphaba respectively, sang “For Good,” a duet that — with Chenoweth in a poofy pink dress and Menzel in a somber black number — reflected the extremes of Broadway’s pandemic shutdown and buoyant, four-hour return. And when they sang the line “I have been changed for good,” it felt like they were speaking for an entire industry. SARAH BAHR

“Freestyle Love Supreme” has been around for nearly two decades, its Broadway run in late 2019 was strong enough to earn it a special Tony Award, and one of the musical improv troupe’s founders is a Broadway darling himself, Lin-Manuel Miranda. But instead of being a highlight of the night, the on-the-fly Tonys recap fell victim to its setting. “Freestyle Love Supreme” usually thrives off audience contributions. But the broadcast clock was ticking, and instead of interacting with the myriad stars in front of them — who wouldn’t want Andrew Lloyd Webber to describe his day for the sake of comedy? — these performers blandly reenacted the moments we’d just sat through, and with little extemporization. There was certainly plenty of talent onstage: theater-fan household names like Miranda, Chris Jackson and James Monroe Iglehart; and impressive rising members like Aneesa Folds and Kaila Mullady. That just made the end of the evening all the more disappointing. NANCY COLEMAN

Sydney plans to start leaving its lockdown in October.

The Next Affordable City Is Already Too Expensive 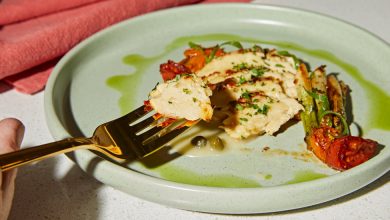