“I am happy to have resolved our differences,” Ms. Johansson said in a statement. “I’m incredibly proud of the work we’ve done together over the years and have greatly enjoyed my creative relationship with the team. I look forward to continuing our collaboration in years to come.”

Alan Bergman, chairman of Walt Disney Studios, echoed her comments and added, “We appreciate her contributions to the Marvel Cinematic Universe and look forward to working together on a number of upcoming projects, including Disney’s ‘Tower of Terror.’”

Ms. Johansson, who has played the Marvel character Black Widow in eight blockbuster films, sued Disney over the summer for breach of contract. A blistering response from a Disney spokeswoman put Ms. Johansson’s representatives at Creative Artists Agency on war footing with the entertainment conglomerate. Hollywood lit up with chatter that a bevy of other stars were similarly unhappy with Disney and poised to follow her to the courts.

In her lawsuit, Ms. Johansson claimed that Disney breached her contract when it released “Black Widow” simultaneously in theaters and on the Disney+ streaming service in early July. The suit said that Disney had promised that “Black Widow” would receive an exclusive release in theaters for about 90 to 120 days and that her compensation — based largely on bonuses tied to ticket sales — had been gutted as a result of the hybrid release. Simultaneous availability on Disney+, where subscribers could watch the film instantly (and have permanent access to it) for a $30 surcharge, “dramatically decreased box office revenue,” Ms. Johansson said in the suit.

Nobody Really Knows How the Economy Works. A Fed Paper Is the Latest Sign.

Voters See a Bad Economy, Even if They’re Doing OK

Adele Closes Out 2021 With a Sixth Straight Week at No. 1

When Where You Work Determines if You Can Get an Abortion 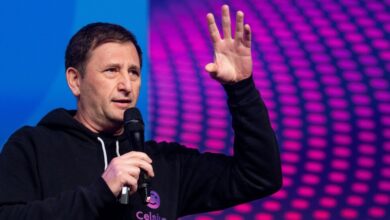 They Lost Crypto in the Crash. They’re Trying to Get It Back.