After a bruising 18 months of the pandemic, this fall represented a fresh start for the apparel company Everlane. It was preparing to release a slew of new products, with September marking the beginning of an ambitious marketing campaign around its denim.

Instead, Everlane has spent this month scrambling just to get jeans — along with other products like bags and shoes — out of Vietnam, where a surge in coronavirus cases has forced factories to either close or operate at severely reduced capacity with staff living in on-site bubbles.

“At this point, we have factories in 100 percent lockdown,” Michael Preysman, Everlane’s chief executive, said in an interview. “Do we fly things over? Do we move things? Do we adjust in the factory? It’s a nonstop game of Tetris.”

The crisis in Vietnam, which has grown in recent years to become the second-biggest supplier of apparel and footwear to the United States after China, is the latest curveball to be tossed at the retail industry, which has been battered by the pandemic. Vietnam made it through the first part of the pandemic relatively unscathed, but now the Delta variant of the coronavirus is on a rampage, highlighting the uneven distribution of vaccines globally and the perils that new outbreaks pose to the world’s economy.

With the holiday season fast approaching, many American retailers are anticipating delays and shortages of goods, along with higher prices tied to labor and already skyrocketing shipping costs. Everlane said it was facing delays of four to eight weeks, depending on when factories it worked with in Vietnam had closed. Nike cut its sales forecast last week, citing the loss of 10 weeks of production in Vietnam since mid-July and reopenings set to start in phases in October.

The apparel company Everlane said that 40 percent of its wares came from Vietnam.Credit…Justin Kaneps for The New York Times

“We weren’t anticipating a full lockdown,” said Jana Gold, a senior director with Alvarez & Marsal’s consumer and retail group, who has been helping retailers with supply chain issues. “We’re going to continue to see a high demand for goods from highly vaccinated countries or regions, but who are getting the goods from highly unvaccinated countries that could be struggling.”

The logjam has put a spotlight on Vietnam’s key role in outfitting American consumers. Many retailers moved their manufacturing to the country from China over the past decade because of rising costs. New tariffs on China instituted under former President Donald J. Trump accelerated the shift.

As the coronavirus tore across the globe, Vietnam was hailed as a bright spot for its rock-bottom caseload and strong economy. Over 15 months, only 3,000 infections and 15 deaths were reported in the country. But during the summer, the Delta variant erupted among a population that was almost entirely unvaccinated. Now, the caseload has surged past 766,000 and the death toll is nearing 19,000.

The densely packed industrial hub of Ho Chi Minh City, the country’s virus epicenter, has experienced a series of increasingly stringent lockdowns, with many factories temporarily closing in July. That paralyzed commercial activity and added stress to a strained global supply chain. Although new cases have started to decline, the government extended the lockdown through the end of September, as it struggles to vaccinate its residents.

People waiting to receive their vaccination in Hanoi, Vietnam, this month.Credit…Linh Pham/Getty Images

At the beginning of September, only 3.3 percent of the country’s population was fully vaccinated, while 15.4 percent had received one shot.

The American apparel and footwear industry has asked the Vietnamese government to prioritize shots among factory workers. Executives from roughly 90 companies, including Nike and Fruit of the Loom, asked the Biden administration in a letter in mid-August to accelerate vaccine donations, saying that “​​the health of our industry is directly dependent on the health of Vietnam’s industry.” The group said the industry employed about three million U.S. workers.

On a visit to Vietnam last month, Vice President Kamala Harris said the United States would send an additional one million vaccine doses, on top of the five million already donated, along with $23 million in emergency aid and 77 freezers to store the vaccine.

“The situation in Vietnam is exactly why we need to be accelerating our efforts to provide donations of vaccines around the world,” said Steve Lamar, president of the American Apparel & Footwear Association, a trade group. Retailers have been setting up vaccination sites at factories to help administer shots once doses are obtained and are trying to keep manufacturing going through “three-in-one place” policy, where workers eat, sleep and work at factories, he said.

According to the latest figures from the government, nearly everyone in Ho Chi Minh City has received the first shot.

A garment factory in Hanoi in January, before the lockdown.Credit…Kham/Reuters

Jason Chen, chairman and founder of Singtex, a garment factory owner, said last week that the company’s 350-person factory in Binh Duong Province was down to 80 people, who were living on the premises to comply with government restrictions. The factory erected a tent to serve dinner to workers and has been shifting some retail orders to Singtex’s factories in Taiwan. Mr. Chen said he was prepared for the Vietnamese factories to remain closed until November.

“This year in the U.S.A., everybody wants to go shopping,” Mr. Chen said. “Some goods cannot be delivered in the right time. So it really will affect the holiday.”

He added that administrators at the factory were calling workers who were in lockdown to see if they needed financial and other assistance. But many are struggling.

Le Quoc Khanh, 40, who assembles electronic home appliances at Saigon Hi-Tech Park, said the rigidity of the government lockdown had been “very hard” for him and his wife, who have three small children and rent their home in Ho Chi Minh City. His employer is not yet able to bring him back, even though he is vaccinated, and he said he had been forced to borrow money at high interest rates to pay for electricity, diapers and food.

“On Sept. 15, when I heard that anyone who had two doses could go to work, my wife and I were so happy that we burst into tears, but now the government says to wait until the end of September,” he said. “My wife and I are so worried. It’s like we are sitting on fire — we really need money for living now.”

The pandemic’s continuing impact on crucial supply chains may have a longer-lasting impact on future investment decisions in Vietnam and other emerging economies. Companies choosing where to invest abroad have always evaluated a broad slate of conditions, like taxes, regulatory requirements and labor force availability.

“All of a sudden, they have to start thinking about the public health response,” said Chad P. Brown, an economist at the Peterson Institute for International Economics.

Huong Le Thu, a senior analyst at the Australian Strategic Policy Institute, added: “The Delta wave is just one of the variants. Vietnam, just like other countries, will have to prepare for the long game and potentially more outbreaks even after mass vaccination.”

Hoping that restrictions will be eased in October, some factories in Ho Chi Minh City that have been closed since July are preparing to resume production.

At the moment, though, American companies are looking outside Vietnam, often returning to Chinese factories that they worked with previously or finding partners in other countries that are not in the middle of a surge.

Whether they will have enough time to shift before the holidays is questionable. “September is a bad time to reposition things,” said Gordon Hanson, an economist and urban policy professor at Harvard Kennedy School.

Vietnam has been a regular topic on recent earnings calls for retailers, and concerns have probably ballooned as reopenings have been pushed. Adidas, based in Germany, said last month that delays that started with closings in mid-July were among issues that could cost the company more than 500 million euros in sales in the second half of the year.

Restoration Hardware cited the shutdowns as a key factor in its decision to push the introduction of a new collection to next spring and to delay fall catalogs. Urban Outfitters said that while it would normally replenish best-selling products during the holiday season, its top concern now was simply getting products into the United States.

The outbreak emerged just as the United States appeared to be regaining its economic footing and retailers were seeing a rebound in sales after a difficult 2020.

Gihan Amarasiriwardena, right, with his Ministry of Supply co-founder Aman Advani, said the brand had paid about $1.50 per $125 shirt in transportation costs before the pandemic. Now, the cost is nearly $6.Credit…Tony Luong for The New York Times

“In mid-June, the world looked like a pretty good place, at least in the U.S., and we anticipated this great recovery and here we are,” said Gihan Amarasiriwardena, president and co-founder of Ministry of Supply, a small apparel brand.

Production delays aren’t the only problem. Ocean freight costs have soared during the pandemic, ports are crowded and demand for air shipping has jumped so significantly that Ms. Gold of Alvarez & Marsal said some retailers had chartered their own airplanes to transport goods.

Since last year, the cost of shipping a container from East Asia to the West Coast of North America has leapt to $20,000 from $4,000, according to the transportation company FreightCo.

Mr. Amarasiriwardena said Ministry of Supply had paid about $1.50 in transportation costs for a $125 shirt before the pandemic. Now, the cost is nearly $6 per shirt.

Macy’s chief executive, Jeff Gennette, said, “This is the one keeping me up at night,” referring to supply chain issues at ports and in Vietnam. For the company, “it’s a bigger potential problem in the near term than where Covid is right now,” he said.

Retailers are already trying to prepare customers. L.L. Bean just added a banner to its website warning customers about holiday shipping delays and shortages and urging early shopping. Stephen Smith, the company’s chief executive, said that the messaging was “unprecedented” for mid-September and that the company normally started talking about holiday orders and shipping cutoffs “deep into October or even November.”

Mr. Preysman of Everlane said he anticipated that the supply chain would not rebound to its prepandemic health for several years.

“You have to live in a new normal where the stability of 2019 doesn’t come back for three to five years,” he said. “This is going to take a long time to sort out.”

Manny Pacquiao Retires, Saying ‘My Time as a Boxer Is Over’ 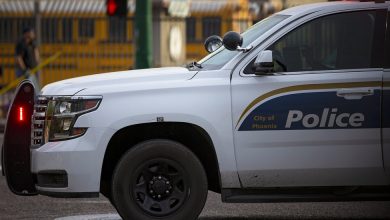 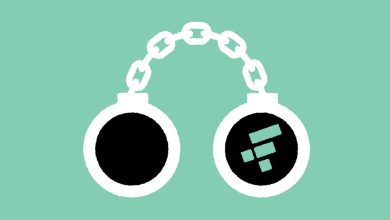 The Week in Business: The FTX Founder’s Rapid Fall

How a Florida Power Project Flew Under the Regulatory Radar