LONDON — Mo Abudu has always understood the power of storytelling, and the impact of its absence. Growing up here as the daughter of Nigerian parents, she found herself being asked mind-boggling questions about the time she spent in Africa, including whether she danced around a fire or lived in a tree.

“Never was I ever taught anything about African history,” she said during a recent video call. And, on the television screen at home, a lack of representation of anyone who looked like her also left its mark.

“It affected me in such a way that I felt like I didn’t count,” said Abudu, 57, who has since gone on to become the kind of media mogul who can do something about it. “You therefore always felt a need to overcompensate by telling everybody who cared to listen who you were.”

Decades later, Abudu is getting the entire world to listen. Her company, EbonyLife Media, has produced some of the biggest TV and box-office successes in Nigeria’s history. The Hollywood Reporter ranked her among the “25 Most Powerful Women in Global Television,” and she was invited this year to join the Academy of Motion Picture Arts and Sciences.

And last summer, EbonyLife became the first African media company to sign a multi-title film and TV deal with Netflix. The first of those TV titles to debut new episodes in the United States, the Nigerian legal procedural “Castle & Castle,” arrived last week. (Netflix picked it up beginning with Season 2; Season 1 debuted in 2018 on the now-defunct EbonyLife broadcast network.)

In separate interviews — one by video last month from her home in Lagos, Nigeria, and the other last summer in person, at a park near her second home, in north London — Abudu talked about the whirlwind of recent years and the challenges of building a media empire. It was all part, she said, of her quest to “sell Africa to the world,” with productions that are high-quality — and locally made.

“I think people are tired of storytelling, to a certain extent, from the West because you’re seeing the same stories time and time again — can I just have something new, something fresh?” she said. “And I think the likes of Netflix have understood this.”

Born in London, Abudu was sent by her parents to Nigeria at age 7 to live with her grandmother in Ondo, a city about 140 miles northeast of Lagos. Returning to Britain at 11, she said, “I found that I became kind of like an unofficial ambassador.”

Growing up, Black faces were next to nonexistent in the onscreen entertainment she had access to. Those she recalled were few, including in the 1980s TV series “Fame,” which led her briefly to dream of being a dancer; and in the landmark 1977 mini-series “Roots,” about the history of American slavery, which she said left her in tears after each episode.

At 30, having enjoyed a brief modeling career, she moved back to Nigeria with the goal of seizing professional opportunities she saw opening up in her motherland. Eventually, she worked her way up to becoming the head of human resources for Exxon Mobil, but she couldn’t shake an ambition she had felt since childhood: to tell the modern story of Nigeria to itself, and ultimately to the rest of the globe.

With no experience in the industry, she bought an Oprah Winfrey box set, enrolled in a TV-presenting course and drew up a business plan, going on to establish the first Pan-African syndicated daily talk-show, “Moments With Mo.” She soon earned herself the unofficial title of “Africa’s answer to Oprah.” 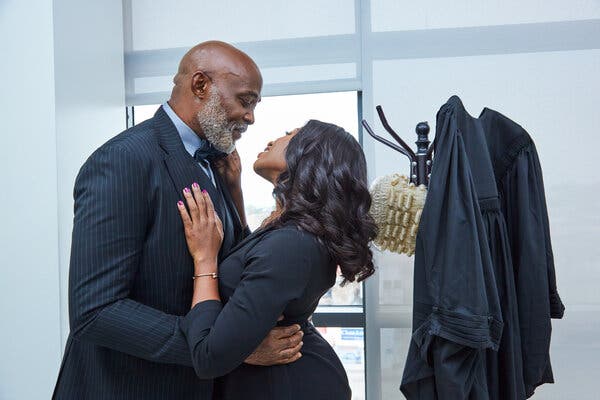 Richard Mofe-Damijo and Ade Laoye in a scene from “Castle & Castle,” which Netflix picked up for Season 2 as part of its overall deal with Abudu. The series made its U.S. debut last week.Credit… Kelechi Amadi-Obi/Netflix

At every point, she overcame. As Abudu was contemplating her growing role in a changing media landscape, a guest on her chat-show sofa had some particularly inspiring words, she said: Hillary Clinton, who at the time of the interview, in 2009, was the secretary of state.

“I said to her, ‘The stereotypical Africa is disease, despair, destitution, deceit — why is that?’” Abudu said, paraphrasing the conversation. “And she said, ‘Mo, more and more voices like yours need to be speaking on behalf of Africa.’”

Abudu’s takeaway? “If you don’t take the responsibility to change the narrative, when you leave your storytelling to someone else, then you can’t blame them,” she said.

By 2013, “Moments” had made Abudu a household name in Nigeria. Seeing opportunities, Abudu went full Winfrey and started a Pan-African television network: EbonyLife TV. In 2020, Abudu’s umbrella company, EbonyLife Media, abandoned its TV channel to focus on a model based on partnerships with some of the world’s biggest streamers and studios.

Today, along with what Abudu described as “over 30 deals” yet to be announced, EbonyLife Media has contracts with Sony Pictures Television, AMC and Westbrook Studios, the production company founded by Will Smith and Jada Pinkett Smith.

“I’ve been knocking on these international doors from Day 1,” she said, “but you know, people weren’t ready to listen.”

At the start of EbonyLife TV, in 2013, the mission centered on lifestyle programming that showcased the booming, cosmopolitan continent of the 21st century. But Abudu has been gradually flexing her muscles and broadening her creative palette.

“Castle & Castle,” which Abudu co-created and executive produces, is about a Lagos law firm run by a husband and wife, whose respective cases threaten to destroy their marriage. With that series, Abudu wanted to focus on legal issues that were specific to Nigeria. In one episode, for example, “there’s a case around lesbianism,” she said. “It’s actually still illegal to be in a homosexual relationship in Nigeria.”

Other projects include a TV drama from Sony Pictures Television about the historical all-female West African army known as the Dahomey Warriors; the dystopian series “Nigeria 2099,” set to debut on AMC; the Netflix Original film “Oloture,” released last year, which explores human trafficking and forced prostitution; and the 2022 film “Blood Sisters,” also for Netflix, which depicts drug addiction and domestic abuse across class boundaries in Nigeria.

“What unites them,” Ben Amadasun, Netflix’s content director in Africa, said about some of the Netflix titles, “is Mo and her EbonyLife team’s unique ability to portray the realities of the everyday Nigerian and bring a unique perspective to each character.”

Among the other productions underway with Netflix is an adaptation of “Death and the King’s Horseman,” the 1975 play by Wole Soyinka, the first African to win the Nobel Prize for literature; as well as an adaptation of the Nigerian author Lola Shoneyin’s novel “The Secret Lives of Baba Segi’s Wives.”

Abudu entered show business in 2006, becoming first a successful talk-show host, with “Moments With Mo,” and later a bona fide media mogul. Her mission, as she put it, is to “sell Africa to the world.”Credit…Stephen Tayo for The New York Times

“I’m a huge admirer,” Shoneyin said in a video call from her home in Lagos. Shoneyin had turned down several offers of adaptation since “Secret Lives” was published in 2010, she said, but Abudu “really kind of wooed me.”

“It was very important to me that the story is told first by an African who I knew would understand the book and the characters almost instinctively,” Shoneyin added. “But also because I wanted the story to be told in the tradition of African storytelling.”

Given Abudu’s attitude and ethic, she certainly fit the bill.

“Gone are the days whereby you can force-feed me only American content,” Abudu said. “They don’t own all the stories to be told in this world. They’ve had their fair share of telling them.”

Abudu has made Nigeria her base and her focus so far, but she is not constricting her horizons. (Already, she employs about 200 staff members across her Lagos organizations, which include the EbonyLife Creative Academy film school and EbonyLife Place, a hotel, cinema and restaurant complex.) She also wants to tell stories from South Africa, Kenya, Ghana and Ethiopia.

That could be good news for the rest of the continent. Ultimately, she said, she would like her main contribution to be an “entire ecosystem of storytelling” — generating jobs for everyone from camera operators to costume designers — whose productions can showcase African brands and talent to continents beyond.

She hasn’t ruled out a move to the United States. But if she does, it’s just a means to an end — in a field where she has already made great strides.

“I will never be lost to my roots,” she said. “It’s not possible, even if I’m living and working and breathing in Hollywood; they cannot have me to a point whereby I’m ever going to forget where I came from.

“I think it’s important, because by me making that transition, I am taking a whole bunch of people with me on that journey.”

An Uncomfortable Question in France: Are We Still a Great Power?

The Week in Business: Streaming Hits a Rough Patch 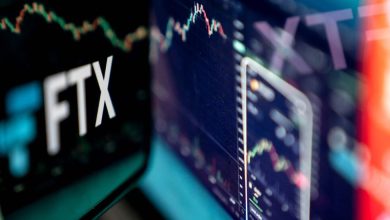 Learning to Live With Mark Zuckerberg