Treasury Secretary Janet L. Yellen said on Thursday that the statutory debt limit should be abolished, arguing that the borrowing cap is “destructive” and poses unnecessary risks to the economy.

The comments, made at a House Financial Services Hearing, came as the United States faces an Oct. 18 deadline to raise or suspend the debt limit. Ms. Yellen warned on Thursday that failure to act would be “catastrophic” for the economy and said she supported proposed legislation to do away with the limit because it blocks the government from carrying out spending that has been authorized by Congress.

“I believe when Congress legislates expenditures and puts in place tax policy that determines taxes, those are the crucial decisions Congress is making,” Ms. Yellen said. “And if to finance those spending and tax decisions, it is necessary to issue additional debt, I believe it is very destructive to put the president and myself, as Treasury secretary, in a situation where we might be unable to pay the bills that result from those past decisions.”

The debt limit was instituted in the early 20th century so the Treasury did not need to ask for permission each time it needed to issue bonds to pay bills. The first debt limit came as part of the Second Liberty Bond Act of 1917, according to the Congressional Research Service. A general limit on the federal debt was imposed in 1939.

Republicans are refusing to join Democrats in raising the debt limit, insisting that they act alone in protest of big spending packages that Democrats hope to enact. At Thursday’s hearing, Ms. Yellen said that dealing with the debt limit should be a bipartisan responsibility, because it allows the government to repay debts that were incurred by Democrats and Republicans.

If the debt limit is not addressed by the Oct. 18 deadline, Social Security payments will be delayed, troops might not receive their paychecks on time and interest rates for mortgages and car loans could spike.

Ms. Yellen also warned that an erosion of confidence in the security of U.S. Treasury debt would be a “catastrophic event.”

Rachel Maddow, MSNBC’s No. 1 star, is taking a hiatus.

Inside the Fox News That Donald Trump Helped Build 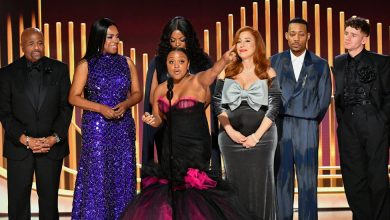