WASHINGTON — The Biden administration on Thursday finalized its first major regulation to directly limit greenhouse gases, part of an effort to show American progress on global warming before a crucial climate summit in Glasgow in November.

The measure would curb the production and use of potent planet-warming chemicals called hydrofluorocarbons, or HFCs, which are used in air-conditioners and refrigerators. Without the new regulation, President Biden would be in danger of arriving at the United Nations summit with few concrete emissions-reduction measures to back up his calls for global action against climate change.

Mr. Biden has vowed to cut United States emissions 50 to 52 percent below 2005 levels in the next decade. But legislation that includes policies to cut carbon dioxide emissions from fossil fuels, the most prevalent greenhouse gas and the most politically difficult to address, faces uncertain prospects in a sharply divided Congress.

The new Environmental Protection Agency rule, which goes into effect next month, implements legislation that Congress approved under former President Donald J. Trump. Unlike efforts to curb fossil fuels, plans to reduce HFCs have won broad support from both Democrats and Republicans, as well as industry groups and environmental organizations.

The regulation would reduce HFCs by 85 percent over the next 15 years. According to the White House, that will be the equivalent of eliminating 4.5 billion metric tons of carbon dioxide by 2050, or about three years worth of climate pollution from the electricity sector.

Under the new rule, the E.P.A. will reduce the production and use of HFCs incrementally, starting with a 10 percent reduction next year. The White House also announced an $8 million investment over the next five years to encourage the use of alternative chemicals and to bolster enforcement efforts to crack down on the illegal production and importation of HFCs.

“Cutting these climate super pollutants protects our environment, strengthens our economy, and demonstrates that America is back when it comes to leading the world in addressing climate change,” said Michael S. Regan, the administrator of the Environmental Protection Agency, in a statement.

Industry executives said they had put aside their typical distaste for government rules to support the measure because it will help domestic manufacturers. With other countries moving away from HFCs, many described the rule as protecting the $206 billion annual industry by helping to put all manufacturers on a level playing field and helping support alternatives.

“This allows us to make a technology transition that is complicated,” said Kevin Fay, executive director for the Alliance for Responsible Atmospheric Policy, an industry organization.

Mr. Fay added that companies were particularly relieved to see tough enforcement measures, saying, “it signals to the bad actors that they’re going to have a tough time getting into the market because we’re going to be looking for them.”

Several industry leaders said they had been told by the White House that Mr. Biden intended to send the Kigali Accord, a 2016 agreement to phase out HFCs that was signed in the Rwandan capital, to the Senate for ratification soon. 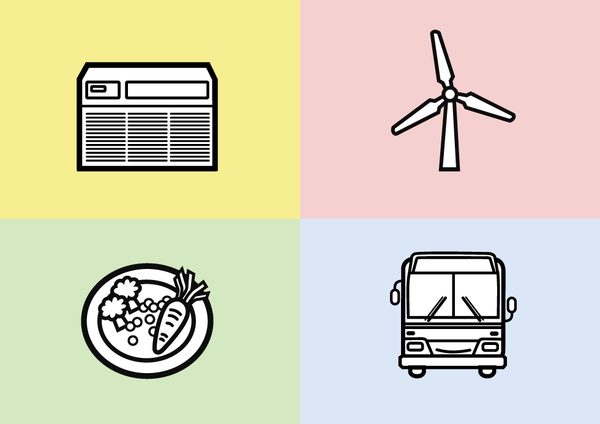 If You Fix This, You Fix a Big Piece of the Climate Puzzle

There’s no single solution for climate change, but there is one that would be more effective than others. What do you think it is?

Stephen R. Yurek, president and chief executive of the Air-Conditioning, Heating, and Refrigeration Institute, a trade association, said that adopting the Kigali accord would be important even though the United States was already moving toward implementing it.

“It’s about reputation and credibility,” he said. Formally joining the broader global effort, he said, was “good for the environment, good for the economy and good for trade.”

Environmental groups described the new regulation as critical to putting the United States on a path to cut emissions 50 to 52 percent from 2005 levels by the end of this decade, as Mr. Biden has promised, and to keeping the planet from warming beyond a dangerous threshold.

“This is a slam dunk, plain and simple,” he said in a statement. “Phasing down HFCs will support American leadership in manufacturing and innovation, bring down global temperatures, strengthen our economy, and help save our planet,” he said.

Among the few critics of the new policy was the Competitive Enterprise Institute, a Washington think tank that disputes the idea that climate change poses a major threat to the United States. The organization issued a statement saying reducing HFCs would drive up the costs of new refrigerators and air-conditioners as well as the prices of repairing old ones.

Industry officials dispute that, noting that the refrigerant compound represents about 1 percent of the price of the cost of a cooling appliance. Francis Dietz, vice president of public affairs at the Air Conditioning, Heating and Refrigeration Institute, a trade group, also pointed out that manufacturers have years of experience phasing out coolants that have later been understood to be dangerous.

Alternatives already are being produced, he said, but until the regulation goes into effect there is not a large enough market for them in the United States.

“We have been dealing with this idea that it’s going to raise costs forever. We do not agree,” Mr. Dietz said.

Many refrigerators and air-conditioners in use in the United States today still use HFCs, though a growing number of manufacturers have already moved to limit the use and offer new models known as hydrofluoroolefins, or HFOs, that are more climate-friendly. 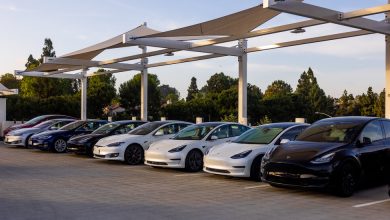