LUSAKA, Zambia — Just over a year ago, Zambia had defaulted on its debts. Inflation was skyrocketing. The currency was spiraling. And ahead of the 2021 election, roaming groups from the governing party took to the streets, beating up people who had made the mistake of wearing red — the color of the opposition.

Then came Hakainde Hichilema. The millionaire cattle rancher with a deep voice and a fatherly manner won the presidential election in a landslide in August last year, after five attempts during 15 years in the opposition. His rival, President Edgar Lungu, conceded, and Zambians breathed a collective sigh of relief. They believed they had been rescued.

A year later, H.H., as the new president is known in the southern African nation, is still in the honeymoon phase with his enchanted population. He is seen as a miracle worker, even though some are uneasy about a number of arrests and the government’s economic policies. His fans are not confined to Zambia. Many in other African nations, particularly ones with looming elections, like Nigeria, see in H.H. the hope that they, too, can elect such a leader.

“We’ve got the hopes of a continent on our shoulders, and we just need to live up to the promise of what we can be,” said Linda Kasonde, a Zambian lawyer and civil rights activist.

If this government did everything it could to enhance democracy and the rule of law, she said, “it might become infectious.” 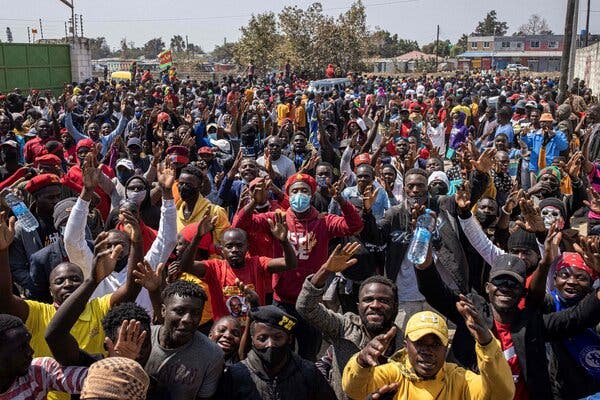 Supporters of Mr. Hichilema demanding the release of the full set of electoral results in Lusaka in August 2021.Credit…Patrick Meinhardt/Agence France-Presse — Getty Images

Mr. Hichilema’s approach seems to be yielding results. Inflation in Zambia has dropped to single digits from 24.6 percent just before the election. The currency, the kwacha, went from one of the world’s worst-performing to the best. Over 40,000 teachers and health workers have been hired. There has been a strong push toward decentralization, with the country’s 156 constituencies deciding how to invest far more of the country’s revenues.

Even a recent number of arrests and imprisonments for defaming the president do not appear to have dented Mr. Hichilema’s popularity. Among those arrested was a driver who was jailed for a year for calling him the Antichrist and two TikTok users who received two years with hard labor for insulting the president.

A recent deal he made with the International Monetary Fund — frequently reviled on the African continent for the punishing conditions often attached to its loans — also did not much affect Zambians’ confidence that H.H. can solve all the country’s problems.

“People have messianic expectations,” said Grieve Chelwa, a Zambian economist who received hate mail after he was critical of the I.M.F. deal.

The man hailed as Zambia’s messiah has declined to move into the presidential palace in Lusaka, the capital, so he sat for a recent interview at his mansion in New Kasama, an upmarket neighborhood in the same city.

Turning off the tarmac, visitors crunch down a gravel track to his front gate. The president is Zambia’s second-biggest cattle rancher, with substantial investments in tourism, but his home sits on an unpaved loop of road.

That’s perfectly normal, he said, chuckling while sitting at a long table on his veranda as the birds sang and the sprinklers whirled on luxuriant lawns.

“Why would they put a road where the opposition leader lives?” he asked, alluding to the fact that he had been a thorn in the side of Zambian governments for 15 years.

Mr. Hichilema, a millionaire cattle rancher, at his private residence in Lusaka. He declined to move into the presidential palace in the capital.Credit…Gulshan Khan for The New York Times

When he assumed office, he said, his neighbors rejoiced, thinking that now that they had a president on their street, they would get their long-awaited smooth road within a month.

No such luck. Their new president won’t jump the line. So they have to wait until the infrastructure ministry gets around to them.

“My neighbors are furious,” he said.

If that were true, Mr. Hichilema’s neighbors would be the exception. For many Zambians, their leader can do no wrong, though the copper-producing nation is far from out of the economic woods and not everyone agrees with the president’s economic program.

Mr. Hichilema is a rare example of someone in the country who was born poor but became very rich. He said he was delivered in a grass-thatched hut by his grandmother and went to school for the first three years “without shoes.”

Educated in Zambia and in Britain, with an M.B.A. from the University of Birmingham, he became chief executive of Zambia’s branches of two major accounting firms, Grant Thornton and Coopers Lybrand, which became PricewaterhouseCoopers after a 1998 merger. Since he first ran for president, in 2006, he said, he has been detained 15 times, including on a since-dropped charge of treason after his convoy failed to make way for the motorcade of his predecessor, Mr. Lungu.

The new president has forgone a salary. His ministers invite people to disagree with them. He says he will abolish the death penalty, and has pledged to get rid of colonial-era laws, including those used to jail his defamers.

Leaders labled as the messiah do not sit well with Mr. Hichilema. He remembers the demigod status granted Kenneth Kaunda, Zambia’s first president. As a child, he had to help clean his village of every stray leaf when K.K., as that leader was known, came to visit.

“Up there, it’s God. Down here, it’s Kaunda,” the village’s schoolchildren sang.

He has gone after corruption, endemic in the former government. Transparency International estimated that in two years, 100 million kwacha, about $6.4 million, was looted from the finance ministry. Many former officials, including five ministers, have been investigated for corruption, and the former first lady Esther Lungu is being investigated, with some of her properties seized.

As if to drive home his point, Mr. Hichilema said that when the youth leaders of his party, the United Party for National Development, tried to take over a privately owned mine in February, he did not stand in the police’s way. The party members were locked up.

“They thought that now they’re in office, they can do what the other guys were doing,” he said, referring to corrupt practices under his predecessor. “They can’t.”

Emmanuel Mwamba, a member of central committee of the former governing party, the Patriotic Front, did not deny that there had been corruption under the former administration, and described Mr. Hichilema’s initial fight against it as “noble.” But he said the campaign had “degenerated into a political fight against his opponents.”

In Zambia, one of the world’s most unequal societies, 60 percent of people live in poverty.

It is the poor that Mr. Hichilema speaks most passionately about serving. But it is also the poor that will be hit hardest by the deal he struck with the monetary fund, said Mr. Chelwa, the economist. He attributed this to the expansion of a value added tax, the removal of fuel subsidies and the reduction of agriculture subsidies, and the rise in electricity tariffs — all while corporate income taxes are kept “incredibly low.”

Perhaps, Mr. Chelwa said, this tension has not attracted public anger because the cuts and taxes have yet to bite hard.

But whenever the president is asked about his economic reforms, he responds, “What was the alternative?”

One was not to commit to going to the I.M.F. right away, as Mr. Hichilema did, and talk to the country’s creditors first, Mr. Chelwa said. Another, Mr. Chelwa suggested with some hesitation, was to default, as Argentina did in 2001. He, along with other academics and campaigners, have also called for creditors, particularly the investment giant BlackRock, to slash the country’s debt.

Other experts have welcomed the I.M.F. deal, and see economic reform as necessary: Zambia has foreign debts totaling more than $17 billion, with over a third of it owed to China, and $4.8 billion to private investors.

Mr. Hichilema and his administration draw other criticism. The fight against corruption has “been a mixed bag,” said Maurice Nyambe, executive director of Transparency International Zambia. Focusing on the alleged corruption of the previous government and not on systemic weaknesses, he said, gives the impression of a witch hunt.

The chief state prosecutor, Lillian Siyunyi, has also accused the government of putting her life in danger by withdrawing her security. Appointed under the previous administration, Ms. Siyunyi is facing allegations of gross misconduct and incompetence at the Judicial Complaints Commission, and she was suspended on Sept. 14.

With all his accomplishments, the president’s popularity can be a problem, said Ms. Kasonde, the lawyer, because dissenting voices face a backlash from a charmed public.

At the same time, the main opposition has been neutralized, partly because former government officials are on trial on corruption charges.

Supporters of Mr. Hichilema celebrating in Lusaka last year. To many Zambians, he can do no wrong.Credit…Marco Longari/Agence France-Presse — Getty Images

A New Tell-All About the Luxury Industry

Utilities in Germany secure funding in the face of exploding energy prices. 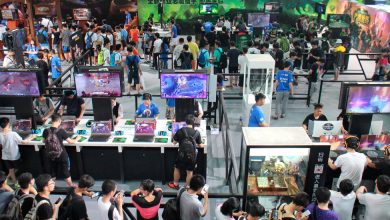 North of Kyiv, the Russians Retreated. But the War Never Left.