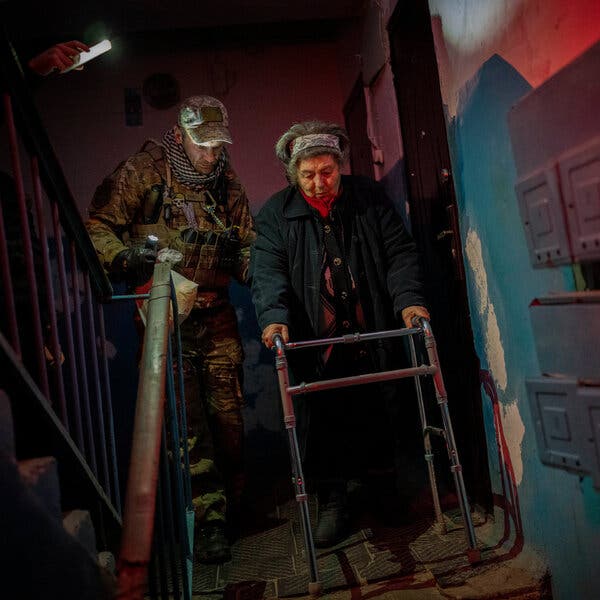 Ukrainian military officials say that Moscow is preparing a new wave of strikes on energy plants. A military spokeswoman said Ukraine had received intelligence reports suggesting that more strikes might come this week, perhaps using missiles launched from a Russian naval vessel in the Black Sea.

The warning comes as Russian forces are fortifying their defensive lines with trenches and anti-tank barriers in southern Ukraine after retreating from the city of Kherson, according to a report by the Institute for the Study of War, a research group based in Washington.

A group of foreign ministers from seven Baltic and Nordic nations visited Kyiv yesterday to discuss the threat to Ukraine’s ravaged energy infrastructure as winter nears. They discussed humanitarian and military aid, sanctions on Russia and Ukraine’s bid for membership in the E.U.

Zaporizhzhia nuclear complex: The Kremlin dismissed widespread speculation that its forces might soon relinquish the plant that it seized soon after invading the country in February.

In other news from the war:

Swelling protests against pandemic restrictions in China are injecting uncertainty and instability into the global economy as nations struggle to manage the effects of the energy crisis, inflation and the war in Ukraine. Analysts warn that more unrest could further disrupt the global supply chain and might even push companies in the U.S. and Europe to disengage from China.

Anger at China’s restrictive “zero Covid” policies turned to widespread protest after an apartment fire last week killed 10 people; many questioned whether a tight lockdown had prevented their escape. It is unclear whether the demonstrations will be quickly snuffed out or erupt into broader resistance to the iron rule of China’s top leader, Xi Jinping, but so far the most significant economic damage stems from major lockdowns.

Concerns about the economic impact of the unrest appeared to be partly responsible for a decline in world markets yesterday. The S&P 500 index closed 1.5 percent lower, while the dollar, often a haven in turbulent times, moved higher. Oil prices began the day with a sharp drop before rebounding.

Creative protest: Memes, puns and blank sheets of paper: In a country where the authorities have little tolerance for open dissent, demonstrators against Covid restrictions have turned to more subtle methods.

U.S. response: The Biden administration reacted cautiously to the protests, saying only, “We’ve long said everyone has the right to peacefully protest, in the U.S. and around the world.”

President Biden with John Fetterman, left, who won a Senate seat in Pennsylvania.Credit…Tom Brenner for The New York Times

A stronger-than-expected Democratic showing in the U.S. midterms has taken pressure off President Biden as his party looks to the 2024 presidential race. Republican antipathy toward Donald Trump, who intends to run for president again, has also quieted Democrats’ anxiety over Biden’s poor approval ratings.

Now, as the president mulls whether to seek a second term, interviews with more than two dozen Democratic elected officials and strategists suggest that, whatever misgivings some Democrats may harbor about another Biden candidacy, his party is more inclined for now to defer to him than to try to force a frontal clash with a sitting president.

Younger Democratic operatives have begun considering what a Biden re-election campaign might look like. Lawmakers have lauded the president for the party’s history-defying midterm performance, crediting him with the major legislative accomplishments they were able to run on and with pressing a message that cast Republican candidates as extremists who threatened democracy.

By the numbers: A recent poll found that 71 percent of Democrats surveyed believed he could win in 2024, up from 60 percent who said the same in August, though they were evenly divided on whether he should be the 2024 nominee.

Trump: Jewish supporters of the former president have balked at his recent meetings with outspoken antisemites. “He legitimizes Jew hatred and Jew haters,” says one. “And this scares me.”

Driven by Covid chaos, online disinformation and a YouTube guru with a distinctive tattoo on his forehead, two American men went looking for solace on a sailboat in the Pacific. They were never heard from again.

In their last conversation, the mother of one of the men pleaded with him to tell her where he was going. “I remember him saying it’s better if I didn’t know,” she said.

SPORTS NEWS FROM THE ATHLETIC

Clint Dempsey’s message to the U.S. team.: Be brave, take risks and play without fear. The Americans have looked strong but now need to leave nothing on the table against Iran today, the former U.S. star writes.

How does your country take goal kicks?: We watched all 360 goal kicks from the first round of matches at the World Cup to explain how each country takes them.

From The Times: The unrest that has gripped Iran for the past two months has heightened what would already have been a tense encounter between the country and the U.S. today.

World Cup updates: Portugal and Brazil joined France in advancing to the knockout stages. Catch up on the latest updates from the World Cup from The Times.

Every year, hundreds of thousands of visitors flock to the Musée de l’Homme, or Museum of Mankind, which boasts both a view of the Eiffel Tower and a collection of prehistoric skeletons and ancient statuettes.

Hidden in the bowels of the museum lies one of the world’s largest human skull collections. It features some 18,000 skulls, including the remains of African tribal chiefs, Cambodian rebels and Indigenous people from Oceania. Many of the skulls were gathered from France’s former colonies, and the collection also includes skulls from more than 200 Native Americans.

The remains, spanning centuries and covering every corner of the Earth, are a stark reminder of a sensitive past. Information on the skulls’ identities and the context of their collection, which could open the door to restitution claims, has never been made public, but it is outlined in museum documents obtained by The Times.

Balance the richness of glazed salmon with cool sliced cucumber.

These Christmas ornaments capture the zeitgeist.

Find joy in others’ successes.

And here are today’s Wordle and the Spelling Bee.

P.S. The Times and four major European outlets urged the U.S. to drop its charges against Julian Assange.

“The Daily” is on the World Cup.

You can reach Natasha and the team at [email protected].

Tags
From New That Time With

China to Launch 3 Astronauts to New Space Station: How to Watch 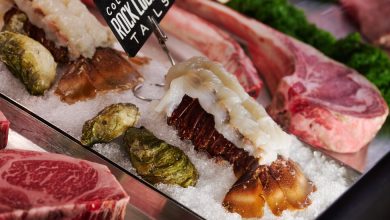 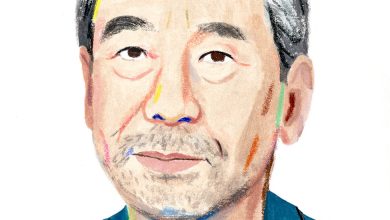 What Books Does Haruki Murakami Find Disappointing? His Own.