In eastern France, a dozen villages have been shutting off their streetlights at midnight. Barcelona is offering home efficiency assessments. Warsaw is subsidizing homes that replace fossil-burning stoves with heat pumps.

With the war in Ukraine spurring soaring oil and gas prices and President Vladimir V. Putin of Russia showing his willingness to use Russia’s energy resources as a weapon, towns and cities across Europe are finding different ways to shave energy usage.

As the single largest European consumer of Russian gas, Germany may be the country most vulnerable to Russia’s energy squeeze, but many other countries are also facing, at minimum, high prices and restricted supples.

The severity or mildness of the coming winter will be a key factor. A mild winter in Europe would reduce global demand for gas, as would continued Covid-related lockdowns in China, which is the world’s largest consumer of gas. Conversely, a harsh winter with biting temperatures would increase demand, and send prices even higher.

But European nations can hardly wait to see how the weather turns out.

Seeking to speed up its energy independence from Russia, Italy has looked to Algeria as a potential new supplier of gas, ramped up renewable energy sources and burned more coal to keep homes lighted and businesses running.

President Emmanuel Macron of France, who has warned that the country should brace itself for a total cutoff of Russian natural gas, has said that to tackle the gas shortage, the government would prepare a measured conservation plan to limit energy use. He has also noted that France’s large nuclear power industry makes it less vulnerable than some of its European neighbors.

“Russia is using energy, like it is using food, as a weapon of war,” Mr. Macron said earlier this month.

Élisabeth Borne, the French prime minister, told lawmakers in early July that France would renationalize its state-backed electricity giant, Électricité de France, which produces most of the country’s electricity and operates all of its nuclear plants.

In Belgium, the government reversed a decision to phase out nuclear energy by 2025 and extended the life of two reactors for another decade. And the governments of Austria and the Netherlands have taken steps to pivot to coal-fired power plants that had either been shuttered or scheduled for phaseout. Those actions, however, have raised concerns that the European Union’s effort to achieve net-zero greenhouse gas emissions by 2050 will be driven off track.

Lawmakers in Poland have backed measures that would allow them to increase their gas storage capacity and loosen fuel trading rules, Reuters reported.

Britain’s National Grid offered an assessment of its expected tight energy supply this winter, saying in a report that “while Britain is not reliant on Russian gas to the extent that the rest of Europe is, it is clear that the cessation of flows of gas into Europe could have knock-on impacts, including very high prices.”

The organization, which published an unusual early forecast to help the energy industry prepare for colder months ahead, said it would cope with expensive and unpredictable energy, along with any outages, by delaying the closure of coal plants.

National Grid also encouraged greater participation in “demand side response,” which appeared to reference the possible need for individuals to curtail or accept limits on electricity usage. 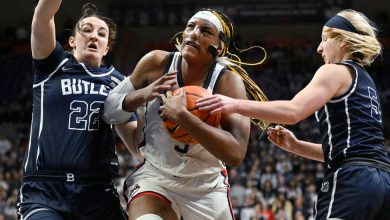 With Star Players Sidelined, the Rest of UConn’s Roster Proves Itself

A 1,500-Year-Old Riddle Solved: Yes, It Was a Terra-Cotta Porta-Potty 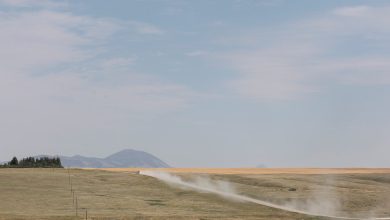