FOLKESTONE, England — Using high-powered binoculars and a telescope, three volunteers from a humanitarian monitoring group stood on the Kent coast, peering across the English Channel. The looming clock tower of the French town of Calais was visible on this clear morning, but so was the distinctive outline of a small rubber dinghy.

The volunteer group, Channel Rescue, was set up last year to watch for the boats packed with asylum seekers trying to cross this busy waterway, to offer them humanitarian support — like water and foil blankets — when they land on beaches, or to spot those in distress.

But they are also monitoring Britain’s border authority for any possible rights violations as the government takes an increasingly hard line on migration. For much of the year, the numbers of migrants crossing the channel in dinghies has risen, brewing a political storm in London and leading Home Secretary Priti Patel to authorize tough tactics to push boats back toward France.

The U.K. Border Force cutter Vigilant bringing refugees into Dover last week after picking them up in the English Channel.Credit…Andrew Testa for The New York Times

The proposal — not yet put into effect — has stirred anew the national debate over immigration and created a further diplomatic spat between Britain and France, whose relations were already strained after Brexit over issues including both fishing rights and global strategic interests.

Rights groups and immigration experts say the government’s approach is inflaming the situation and could endanger migrants, many of whom are fleeing poverty and violence. Here in Kent, for centuries both a place of welcome for people fleeing hardship and the first point of defense when conflict has flared with Europe, there is the sense that a confrontation could be coming.

“This hostile environment is sickening, really,” said Steven, one of the volunteers, who asked that only his first name be used after threats from far-right activists.

Around 16,300 people have already made the journey by boat from continental Europe to England in 2021.Credit…Andrew Testa for The New York Times

The Home Office declined to comment on the exercises, stating they were “operationally sensitive.”

But experts say the guidance may prove to be little more than political theater. Pushbacks can put lives at risk, experts say, and a boat can only be turned back toward France if a French vessel agrees to accept it — unlikely given growing animosity.

France and Britain have long cooperated to police the Channel. As recently as July, Britain agreed to give France more money for patrols. But under pressure herself, Ms. Patel has since threatened to hold back funding from the French if they fail to cooperate with the tougher British line.

Gérald Darmanin, the French interior minister, said he would not accept “any practice that goes against maritime law,” and added: “The friendship between our two countries deserves better than posturing.”

Opposition is also coming from the union that represents the Border Force. Lucy Moreton, an official for the union, said pushbacks would create difficulties for officers and could prompt people to jump from boats.

A class at Kent Refugee Action Network, a charity supporting asylum seekers in the area, with students from Eritrea, Iraq, Iran and Afghanistan.Credit…Andrew Testa for The New York Times

“This was announced by the home secretary without any warning,” she said. “It will perhaps increase tension with migrants, putting both the migrants and the Border Force officers at risk.”

Even if no boat is ever pushed back, the idea has fueled a national debate over how welcoming Britain should be to migrants. British tabloids and some right-leaning broadcasters have featured alarmist — sometimes misleading — accounts of the arriving migrants.

The former Brexit campaigner Nigel Farage denounced the Royal National Lifeboat Institution, a nearly 200-year-old charity whose volunteers save lives at sea, as a “taxi service.”

So far this year, around 16,300 people have made small-boat journeys from continental Europe to England, up from around 8,500 in all of 2020, the government confirmed. But experts say the available data contains no evidence of a surge in total unauthorized arrivals, as opposed to a shift from other means of entry such as smuggling by truck.

The port town of Dover at dusk.Credit…Andrew Testa for The New York Times

Peter William Walsh, a researcher at the University of Oxford’s Migration Observatory, said increasing numbers of people had arrived by boat both this year and last, almost all of whom claimed asylum upon arrival, but the most recent official figures showed a fall in overall asylum applications.

In towns and villages across the Kent coastline, the angry politics of immigration have intruded. Far-right activists have turned up on beaches to record videos as migrant boats come ashore, often shouting abuse.

For some in the area, Napier Barracks, a converted military site on the outskirts of Folkestone, has become a focal point. Roughly 300 men are being housed at the barracks as they await decisions on their asylum applications. On a Facebook page for residents of Folkestone, heated debates over migration are common. One resident posted a photo posted last week showing men carrying soccer nets near the barracks.

Asylum seekers playing football on a field next to the Napier Barracks in Folkestone. Around 300 men are being housed in the converted military site, awaiting a decision on their asylum applications.Credit…Andrew Testa for The New York Times

Some speculated that it was theft, while others quickly defended the men, noting — correctly — that the nets were theirs.

Soccer is one of the few ways for men like Temesgen Gossaye to pass the time as they wait for an asylum decision. A journalist who fled persecution in Ethiopia, Mr. Gossaye, 32, has been in Britain for three months since crossing by boat.

“Honestly, I’m really grateful, because I know there are people struggling in this country, and they’re supporting us in any way they can offer,” he said of the reception he has received.

“Honestly, I’m really grateful, because I know there are people struggling in this country, and they’re supporting us in any way they can offer,” Temesgen Gossaye said of the reception he has received.Credit…Andrew Testa for The New York Times

Across town, in the Lord Morris pub in Folkestone, patrons had mixed views as they chatted over pints last week.

“You get accused of being a racist, but it’s not about racism, it’s about — well, we are full up,” said Beric Callingham, 68, a longtime Folkestone resident who felt it was time to halt the boats.

Richard Smith, 66, a former merchant marine, and Jacqueline Castelow, 65, both felt more should be done to find safe routes for those looking to claim asylum in Britain, since the shipping route was busy and sometimes lethal for small vessels. A family of five died after their boat sank. The body of the youngest child washed up on a beach in Norway this summer.

“They’re seeking salvation, aren’t they?” Mr. Smith said. “You can’t turn them away. You have to imagine yourself in that situation — what if we were going the other way?”

Customers at the Lord Morris pub in Folkestone.Credit…Andrew Testa for The New York Times

Bridget Chapman, from Kent Refugee Action Network, a charity supporting asylum seekers in the area, said most residents supported humanitarian efforts, even if some wrongly blamed asylum seekers for their own lack of public services. Some neighborhoods in Folkestone are among the most deprived in the country. But, she said, that anger is misplaced.

“I do think they’ve been let down by the central government,” she said. “But that’s who they need to be angry with.”

In the local museum in Folkestone, Ms. Chapman pointed out a large canvas depicting thousands of Belgian refugees fleeing across the Channel during World War I who arrived in the port to a warm welcome. The area has historically been both a defensive frontline during war and a safe harbor for those fleeing conflict, a complex identity baked into its psyche.

“There is this history of welcome and also of defense,” Ms. Chapman said. “Both are ingrained — it just depends on which buttons are pressed.”

“The Landing of the Belgian Refugees 1916” in Folkestone Museum. The painting is by Fredo Franzini, who himself fled Belgium for Folkestone in 1914.Credit…Andrew Testa for The New York Times

To Get Back Arrested Executive, China Uses a Hardball Tactic: Seizing Foreigners 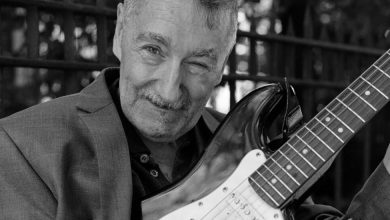 She Fled North Korea for Freedom. Then She Was Arrested.

Berrettini Out of Wimbledon as Coronavirus Enters the Draw