DOHA, Qatar — Planes were landing, from all around the world, every few minutes. They came from London and Tokyo, Hong Kong and São Paulo. There would be about 300 scheduled passenger flights landing at Hamad International Airport on Saturday.

But among them were dozens of planes that had not come far, sometimes just a few hundred miles from the west and after barely reaching cruising altitude. They came from Saudi Arabia, Qatar’s next-door neighbor, and they carried excited people in green jerseys and with no bags to check.

These World Cup commuters would not stay long. Kickoff was at 4. They would wake up back home on Sunday, a work day, in their own beds.

They were soccer fans, and they carried only what they needed: banners, flags and a passport. And they brought a renewed sense of collective expectation as they arrived to cheer Saudi Arabia, the unlikely darling of the tournament, if not the entire Middle East.

Beating Argentina will do that. Every game, now, gets bigger than the last. After losing to Poland, 2-0, the next, against Mexico on Wednesday, will decide if Saudi Arabia reaches the round of 16. That hope will generate another day like this one.

By midmorning, the airport in Doha’s was spilling out bursts of green. Among them were the brothers Faris and Salman al-Hassan, fresh off a short flight from Riyadh and wearing green jerseys and scarves.

They could have come by car, they said — it is about six hours from Riyadh — but Qatar, nervous about car traffic, disincentivized that idea for the World Cup. They created a temporary toll of 5000 Saudi riyal (about $1,330) for those driving across the border during the tournament.

An alternative was to park at the border and hop on a bus at the Abu Samra, Qatar, checkpoint, as thousands of others had done over the past week. The no-frills bus ride is little more than an hour, but the bus is not the hard part: Abu Samra is hours from any major Saudi city.

So the choice was made by thousands: Commute by air.

“We will go straight to the stadium and come right back,” Salman al-Hassan said.

About 20 flights arrived in Doha from Saudi Arabian cities between dawn and 1 p.m. on Saturday, timed just for the afternoon kickoff.

What is the World Cup? The quadrennial event pits the best national soccer teams against each other for the title of world champion. Here’s a primer to the 2022 men’s tournament:

Where is it being held? This year’s host is Qatar, which in 2010 beat the United States and Japan to win the right to hold the tournament. Whether that was an honest competition remains in dispute.

When is it? The tournament opened on Nov. 20, when Qatar played Ecuador. Over the two weeks that follow, four games will be played on most days. The tournament ends with the final on Dec. 18.

Is a winter World Cup normal? No. The World Cup usually takes place in July. But in 2015, FIFA concluded that the summer temperatures in Qatar might have unpleasant consequences and agreed to move the tournament to the relatively bearable months of November and December.

How many teams are competing? Thirty-two. Qatar qualified automatically as the host, and after years of matches, the other 31 teams earned the right to come and play. Meet the teams here.

How does the tournament work? The 32 teams are divided into eight groups of four. In the opening stage, each team plays all the other teams in its group once. The top two finishers in each group advance to the round of 16. After that, the World Cup is a straight knockout tournament.

How can I watch the World Cup in the U.S.? The tournament will be broadcast on Fox and FS1 in English, and on Telemundo in Spanish. You can livestream it on Peacock, or on streaming services that carry Fox and FS1. Here’s how to watch every match.

When will the games take place? Qatar is three hours ahead of London, eight hours ahead of New York and 11 hours ahead of Los Angeles. That means there will be predawn kickoffs on the East Coast of the United States for some games, and midafternoon starts for 10 p.m. games in Qatar.

At 11:15 a.m., here came an Airbus 320 from Riyadh. Another big Airbus departed nearby Dammam, made a gentle parabola in the sky, and touched down in Doha at 11:30. In its slipstream was a flight from Medina, then another from Riyadh, then one from Damman, then one from Jeddah, across the Arabian Peninsula along the Red Sea.

That was in the space of an hour. Each flight, each giant jet, disgorged bright-eyed revelers and then went back to fetch more.

Into Qatar the fans came, through customs and past baggage claim — not a necessary stop for most — and into the hushed hall of the gleaming terminal. Some stopped at booths for a SIM card or some Qatari cash. Some found a counter to stash their bag for the day, wishing they had packed lighter.

Most, it turned out, had never been to Doha. It is an emerging global capital more than a regional destination.

This would be a quick fling, a one-day takeover. From the terminal the Saudis caught the metro, got off at the Msheireb station in the city center, walked around and ate, and then got back on the metro — the Green line, fittingly — for an eight-stop ride to Education City Stadium.

There, Poland awaited, very much the visiting team.

No matter the result, all of this had come as a surprise. Saudi Arabia’s soccer team had arrived in Qatar as a classic underdog, its roster drawn mostly from domestic leagues. It began the tournament with the longest odds in the field, 1,000-to-1, and permission from no less than the kingdom’s de facto ruler, Sheikh Mohammed bin Salman, not to worry too much about wins or losses.

But down by 1-0 to Lionel Messi and Argentina on Tuesday, Saudi striker Saleh al-Sheheri became an instant national hero. Free on a breakaway, he sent a sliding left-footer into Argentina’s goal. Teammate Saleem al-Dawsari followed a few minutes later with a thunderbolt into the upper-right corner.

The Saudis led and held to win. It was such an unlikely outcome that Wednesday was declared a national holiday. That gave fans more time, presumably, to stage their in-and-out pilgrimages on Saturday and what likely will be another one, and maybe one more after that.

Early on Saturday morning, before eight, a family awoke in their homes and got out the door for the airport. That group — two aunts, their nieces and nephews and a cousin — had bought tickets months ago, for 600 riyal ($160).

They thought about driving to Doha — all but one had never been — but the cost and the uncertainty about traffic and parking deterred them.

When more flights were added to the schedule a few weeks ago, they bought plane tickets for 999 riyal, or $266. Some of the women in the group admitted that they were not enormous soccer fans. One, who preferred to give her name only as Halah, had not heard of the now-famous players until the last match.

Her cousin, Luluh, said the match would be her first-ever sporting event — a prospect that got infinitely more exciting with the victory over Argentina.

“I was watching with my son and he was terrified because of my screaming,” she said.

Most Saudi fans arrived to the airport as they presented themselves at the stadium: decorated in green, and sometimes holding a flag that would be worn as a cape. You could tell the ones who had flown in just for the day, at least from Riyadh, because they had been handed free green scarves at the airport before departing.

Even those in traditional Saudi dress — a white full-length thobe for men, and a gown-like abaya for women — accentuated themselves with green or chose green-tinted abaya.

At the stadium, though, entire rows of men sat in crisp white thobes among swaths of fans wearing green team jerseys — a loud sea of green and white speckled with Polish red. Every time al-Shehri or al-Dawsari touched the ball with an opening toward the goal, the fans lifted in their seats in anticipation.

The sudden tournament success of the Saudis has rallied the region, maybe in unexpected ways. The Saudis led a Gulf-region blockade of Qatar in 2017, only ending it in 2021, and there is some natural anxiety as Saudis watch tiny Qatar raise its profile.

But this is the first World Cup held in the Middle East, and at the opening ceremony, Qatar’s Sheikh Tamim bin Hamad al-Thani sat with the Saudi leader, Sheikh Mohammed.

“Brothers,” a thobe-wearing man named Mohammed said at the airport, describing the relationship between Saudi Arabia and Qatar, even with the blockade. “Same people, different country.”

Now they were connected by an airborne parade. Experts have chimed in on the carbon footprint of this World Cup — scientists are not impressed by the host’s claims of neutrality — but travel accounts for about half of it, one report found. And air traffic coming in and out of Doha is a big part of that.

Those concerns will not slow the flow from the west. And when the match ended, just past sundown, the day reversed itself.

They divided themselves onto planes that brought them home in the same short arcs — to Riyadh, to Dammam, to Medina, to Jeddah. They returned to the beds that they had left in the morning. An excursion more than a trip, but one that resonates.

“You never get the chance to have the World Cup next door,” Mohammed said. “You could almost walk there.”

Tags
From Had Saudi That Was

Tantrums and Meltdowns. When Children Tag Along on the House Hunt.

At Least 1 Dead in Landslide on a Southern Italian Island

Larry Woiwode, Who Wrote of Family, Faith and Rural Life, Dies at 80 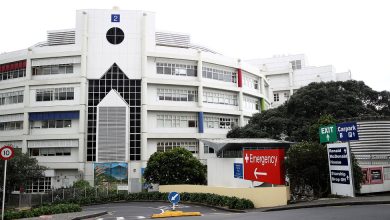 Her Baby Needs Heart Surgery. But She Is Demanding ‘Unvaccinated’ Blood.