MADRID — In a letter to Mexican bishops last month, Pope Francis called for a revisiting of the country’s history, especially the role of the Roman Catholic Church, and urged clergy members to “recognize the painful errors committed in the past.”

Yet it wasn’t in Mexico where his remarks drew controversy, but in Spain, where the right wing soon rallied behind the country’s role in conquering the Americas, alongside the church, more than 500 years ago.

Isabel Díaz Ayuso, the conservative leader of Madrid, said she was surprised that “a Catholic who speaks Spanish would talk that way,” adding that Spain had brought “civilization and freedom” to the Americas. And a former prime minister said he was proud of the conquest.

The dispute, on the eve of Spain’s celebration of its version of Columbus Day, was less about history and more about Spain’s current political moment: Just how far should the country’s conservatives tilt toward nationalism in attempting to boost their popularity?

It’s particularly troubling in a country that is still burdened by the not-so-distant memory of Francisco Franco’s dictatorship. Franco ruled until his death in 1975, stoking nationalist sentiment with hallowed symbols like the cross, the flag and bullfighting.

Ms. Ayuso’s Popular Party was founded decades ago by politicians from the Franco regime who wanted to turn over a new leaf. They treaded carefully when it came to nationalism, wary of any accusation of a return to the past.

José Manuel García-Margallo, who served as foreign minister in the Popular Party government in the mid-2010s, said the party had to hold the middle ground or risk losing its way.

“This is our mission now: to get back to the center,” he said.

The recent rhetoric from the right has the attention of politicians on the left, who say they fear the conservative center in Spain is becoming more extreme, much like the momentum that brought Brexit and Donald Trump into the conservative mainstream in Britain and the United States.

“Trumpism has had a very important influence, not just in America, but also in Europe and Spain,” said Manuela Carmena, a retired judge and former leftist mayor of Madrid.

For many years, the Popular Party has “had two different souls,” she said, one moderate, the other not so. And, she said, the extreme side had gained ground.

The Popular Party has been out of power since the 2018 ouster of Prime Minister Mariano Rajoy. In the meantime, Prime Minister Pedro Sánchez, a socialist, has charged ahead with a minority government of left-leaning parties, a coalition that survived the pandemic and has proved more durable than many predicted.

The Popular Party has spent much of the past few years defending itself against a raft of corruption cases, which have engulfed a former treasurer and past prime ministers. But perhaps the party’s biggest challenge has come from the extreme right in the form of an upstart nationalist party called Vox.

Founded in 2013 by a politician who broke with the Popular Party, Vox has leaned deep into Spain’s nationalist taboos and at times has defended Franco. Its anti-immigrant stances, considered racist by critics, drew praise from figures like Stephen K. Bannon, Donald Trump’s former adviser, who advised Vox as well.

The party’s growth — it’s now the third-largest in the national Parliament — has some veteran politicians concerned that conservatives are increasingly tempted to follow Vox further to the right.

On Sunday, the Popular Party president, Pablo Casado, laid out the group’s platform in a fiery speech from the floor of a bullfighting ring. He surprised some analysts with a hardened tone against immigration, abortion and a separatist movement in the Catalonia region.

“We’ve come seeking a reset on the disasters of the government,” he said, speaking of what he called the last “three dark years.”

Pope Francis leaving a stadium in Asunción, Paraguay, in July 2015. Earlier, in Bolivia, the pope apologized to Indigenous Americans for the church’s role in the conquest of the Americas in the 1500s.Credit…Pablo Porciuncula/Agence France-Presse — Getty Images

The pope’s latest pronouncement on Mexico, in a letter last month, wasn’t the first time that Francis sought to make amends for the church’s role in the colonization of the Americas, which included the forced conversion and enslavement of Indigenous people and Africans. In 2015, he made a historic public apology during a visit to Bolivia, where he expressed regret for the church’s “grave sins” against native people during the conquest.

But this was the first time that his comments on the topic became such a political issue in Spain.

Asking for forgiveness is “part of cancel culture, of destroying the history of the nations of which we are so proud,” said Jorge Buxadé, a top leader of Vox.

One of the first to chime on the pope’s comments was Ms. Ayuso, the leader of the Madrid region and perhaps the most powerful rising star within the Popular Party, known for her contentious statements.

“I’m inclined to feel very proud of it, I’m not asking for forgiveness,” he said of the colonial era.

It was a topic that his party’s leaders have not spoken much about in the past. But Vox leaders have, giving the impression that the Popular Party was trying to seize on the issue to boost its support.

In an interview in her office this week, Ms. Ayuso said there was nothing radical about defending the Spanish conquest of the Americas. She accused those who were pushing the historical debate of promoting a kind of left-wing identity politics, which she sees as the main source of the country’s divisions.

“There are politicians who want to revise history and the Spanish legacy, and there is a the feeling that we now have to blame the Spanish for a supposed original sin,” she said.

Jorge Buxadé, the spokesman for the Spanish far-right party Vox, at a news conference in Madrid last year.  Credit…Victor Lerena/EPA, via Shutterstock

Ms. Ayuso offered her own vision for what a conservative government could look like, one based on free-market ideology and an understanding that the Popular Party is a “common home which unites market liberals, conservatives and people influenced by Christian humanism.”

But she said she did not shy away from the country’s culture wars. Ms. Ayuso expressed frustration with Spanish feminists, who she said did not acknowledge that men could also be targets of sexism. She also took issue with L.G.B.T. and abortion rights activists.

While she said she did not always agree with Vox, she praised the nationalist party for forming a governing coalition with her for the Madrid region.

“I think people confuse being firm with being extreme,” she said of her positions. “And one has to be clear on what one wants to be.”

With no indication yet when the next national elections in Spain might be called, it is too early to know whether the Popular Party might join with Vox to govern nationally, as they have with Ms. Ayuso regionally in Madrid. Mr. Casado has long feuded with Santiago Abascal, the Vox leader, and both sides have said they are eager to claim the voters of the other.

But Mr. Buxadé, who serves as Vox’s representative in the European Parliament, praised Ms. Ayuso, saying she had shown she was able to make some good agreements with the party.

Isabel Díaz Ayuso, the leader of the region that includes the Spanish capital, Madrid, and Mr. Casado embraced during the annual Popular Party convention on Saturday.Credit…Manuel Bruque/EPA, via Shutterstock

As Vox prepared to commemorate Spain’s role in the conquest of the Americas during the national holiday next week, Mr. Buxadé said he appreciated the pushback against the Pope’s comments.

But the debate has left historians flummoxed.

Whether Spain should ask forgiveness from Mexico was a moot point, said Josep Maria Fradera, a historian of Spanish colonialism at Pompeu Fabra University in Barcelona, noting that neither country existed as a nation state during the 1500s.

Mr. Fradera said Spanish politicians should spend the time trying to better understand history, rather than use it as a political chip.

“It’s just another way of reinforcing the worst kind of Spanish nationalism,” he said.

Philippines’ Nobel Prize Newsroom Is Overjoyed but Under Siege

Michael Dell Is Trying to Be Nice

Here are five takeaways from the Biden-Putin call. 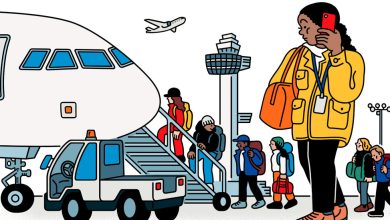 I’m Going to Ukraine. Do I Have to Tell My Parents?

Margaret Atwood on National Myths and the Roots of Totalitarianism